Lakes High School senior Dorien Simon is a superstar sprinter on the fast track to success in every phase of his life. 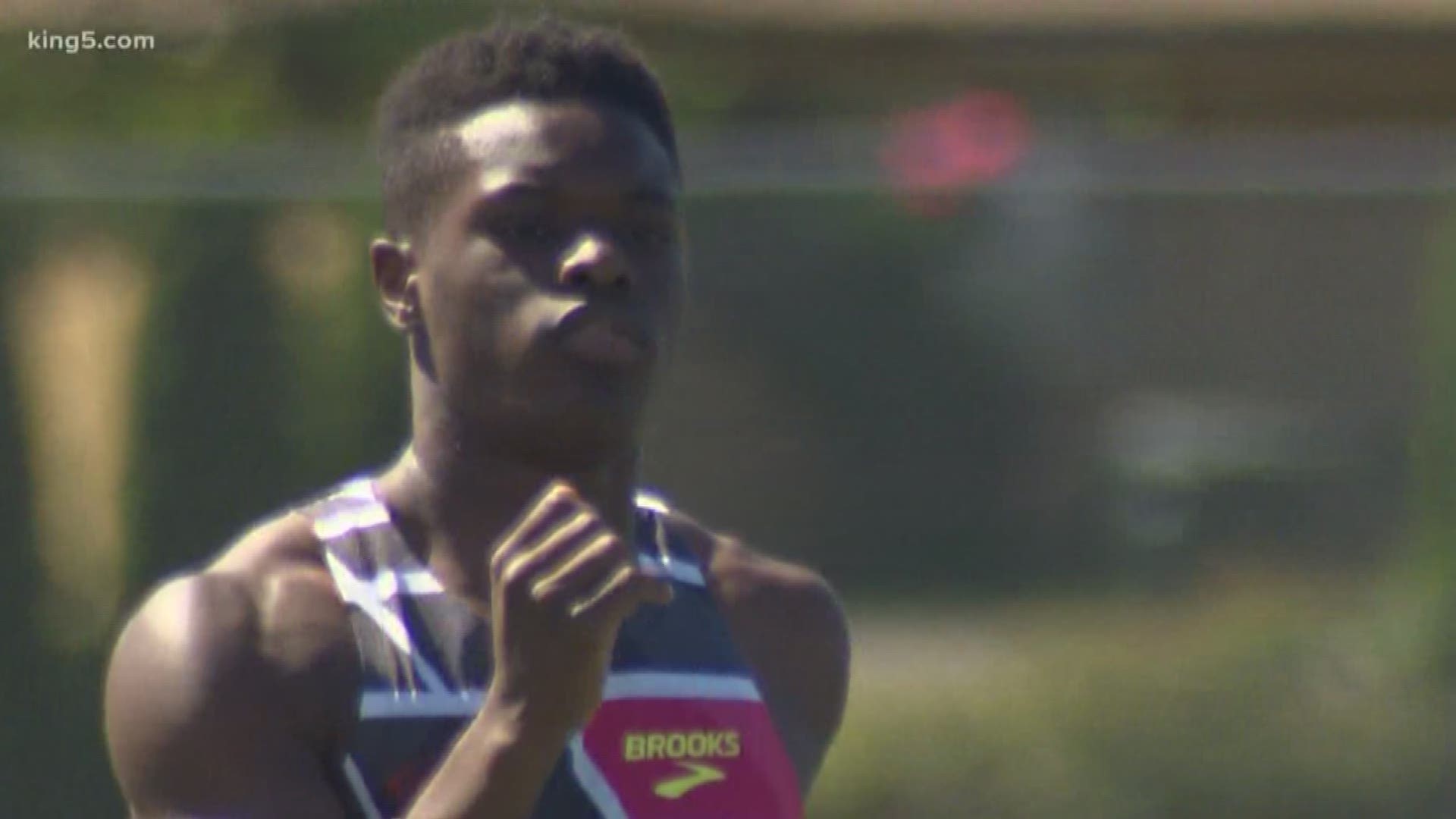 He's also so much more. We'll get to that part.

"You are just tickled pink to have a kid like that. They are a once-in-a-while kid. It's like, 'Thank you, Lord, for bringing him here to me and not going someplace else.' He is determined and really wants to be the best."

The high school senior has no shortage of goals.

Simon told KING 5, "The work you put in is what you get out of it. If you are really working out in practice, working hard in the weight room, you are going to do well and compete in the meets."

But Simon doesn't just want to win. He wants to break the state records in the 100 and 200 — and he's in striking distance.

But speed isn't Simon's only strength.

For the past four years, he has also competed in diving and finished 3rd in state as a junior. He credits 5 years of gymnastics and a pretty good coach for helping him find success in the pool.

"I liked it enough, so I got professional help from a dive club that had an Olympic diver on it and I learned a lot from him," Simon said.

He also spent three years on the football field and - during it all - the 3-sport star maintained a 4.0 GPA.

"There is just a drive in me to not just be another statistic, but to make a difference in this world," he said.

And that's exactly what Simon is doing.

He keeps active away from school, too. Simon interned at Point Defiance Zoo and Aquarium as a guide two summers ago.

"After my freshman year, a teacher told me about a program at the zoo, the Point Defiance Zoo guides program, where you are able to spend the summer at the zoo learning about marine biology and ecosystems and everything," he said.

While the zoo was cool, this past summer, Simon was an intern at the Fred Hutch Cancer Center.

"That was an amazing opportunity. I loved it, I got to do some hands-on research, I went to several presentations."

Next year, the well-rounded student is headed to Stanford. But before he blazes a trail there, he's also wrapping things up as Vice President of the National Honor Society. He's also a lifeguard at the YMCA. And a member of the Lakewood Youth Council.

So how does he do it all?

"You have to turn the TV off, put the phone down and get the homework done," Simon said. "Do your best to find out what excites you, what you are thinking about, what keeps you up at night, what you want to read about or Google about. Find out what you want to do in your life, figure out the means to get to that end and then execute."

Simon will compete on the Track and Field team for Stanford next season and says he'd love to research physics. He says a dream job would be working for a space industry dealing with astronautics or an engineering company working with aeronautics.