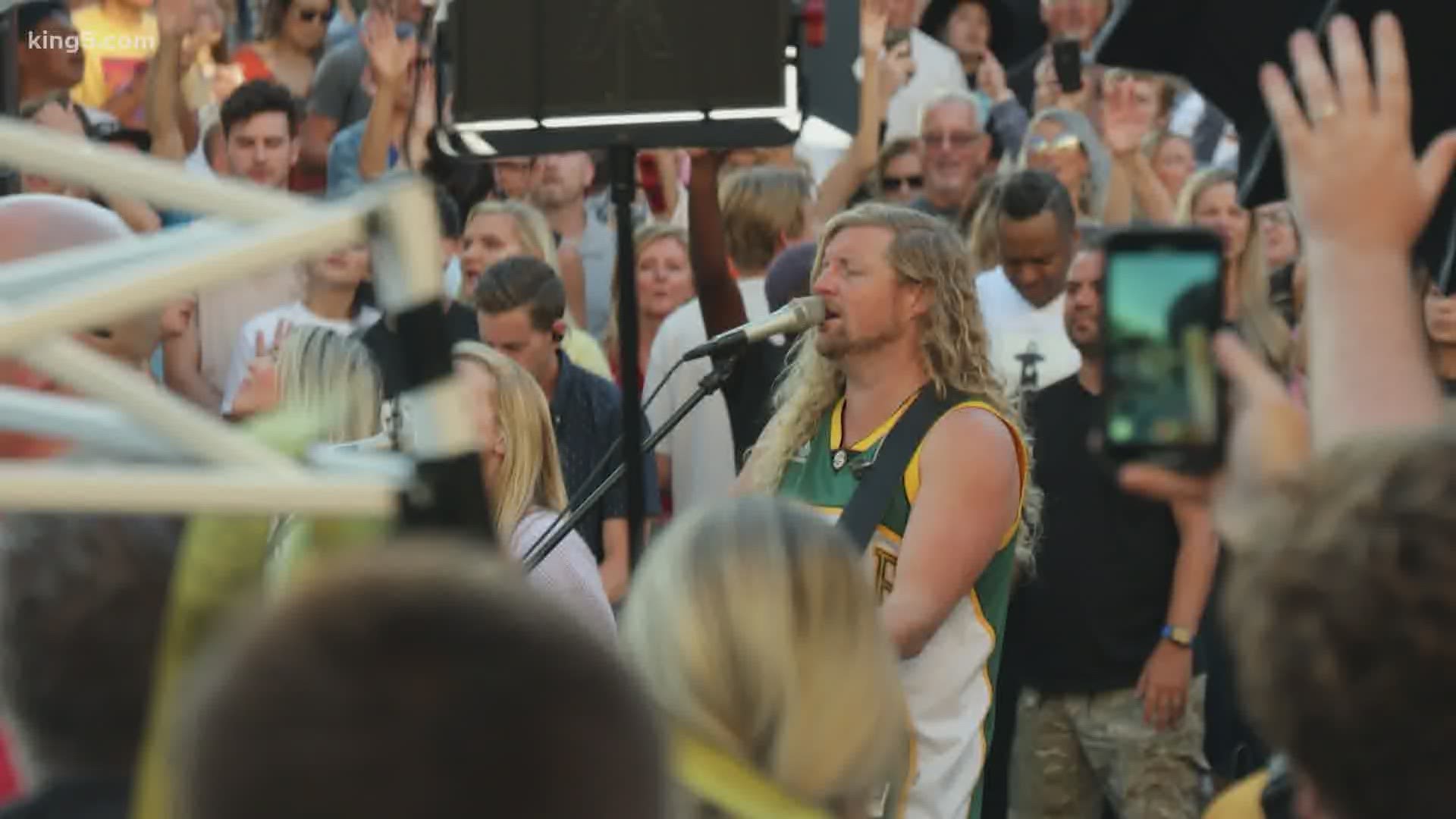 SEATTLE — Hundreds of people sang and prayed in the street on Meridian Avenue North in Fremont, after a "prayer rally" and concert organized by worship leader Sean Feucht arrived at a closed-off Gas Works Park.

The city of Seattle had closed the park for Labor Day, ahead of "anticipated crowding."

Ahead of the event, organizer Feucht said on his Facebook page that the closure was targeted to his "Let Us Pray" gathering, which he has held at cities on the West Coast.

The event goes against the limits on public gatherings in Gov. Jay Inslee's "Safe Start" plan.

Attendee McKenna said she and her friend drove up from Puyallup to Gas Works.

"We're all getting together a group of believers. We're still worshipping because I feel like Christians are under a lot of persecution right now," McKenna said.

McKenna said that faith is essential and the necessity of gathering together can't be overlooked.

"It's so important that we are gathering together, especially in times like this," she said.

Feucht on his Facebook page called the park closure "hypocrisy," though Seattle Parks and Recreation did not specifically cite the planned event as the reason for the closure.

"Seattle Parks and Recreation does not allow unpermitted public events to take place in Seattle parks and asks the public to continue to adhere to current public health guidelines so that we can keep our parks open," the city said in a statement.

No police were visible and there were no counter-protesters, but one person held a sign asking for attendees to wear masks and giving some out.

"I understand people want to worship God in their own way, I just want them to do it safely," said Jade, a Seatle resident.

RELATED: Seattle's Gas Works Park was closed ahead of a prayer rally

The crowd has grown to what looks like a few hundred. Feucht joked that this is a worship service but for legal reasons, they’re calling it a protest. I don’t see any kind of @SeattlePD presence. pic.twitter.com/BfsMIQhUlI