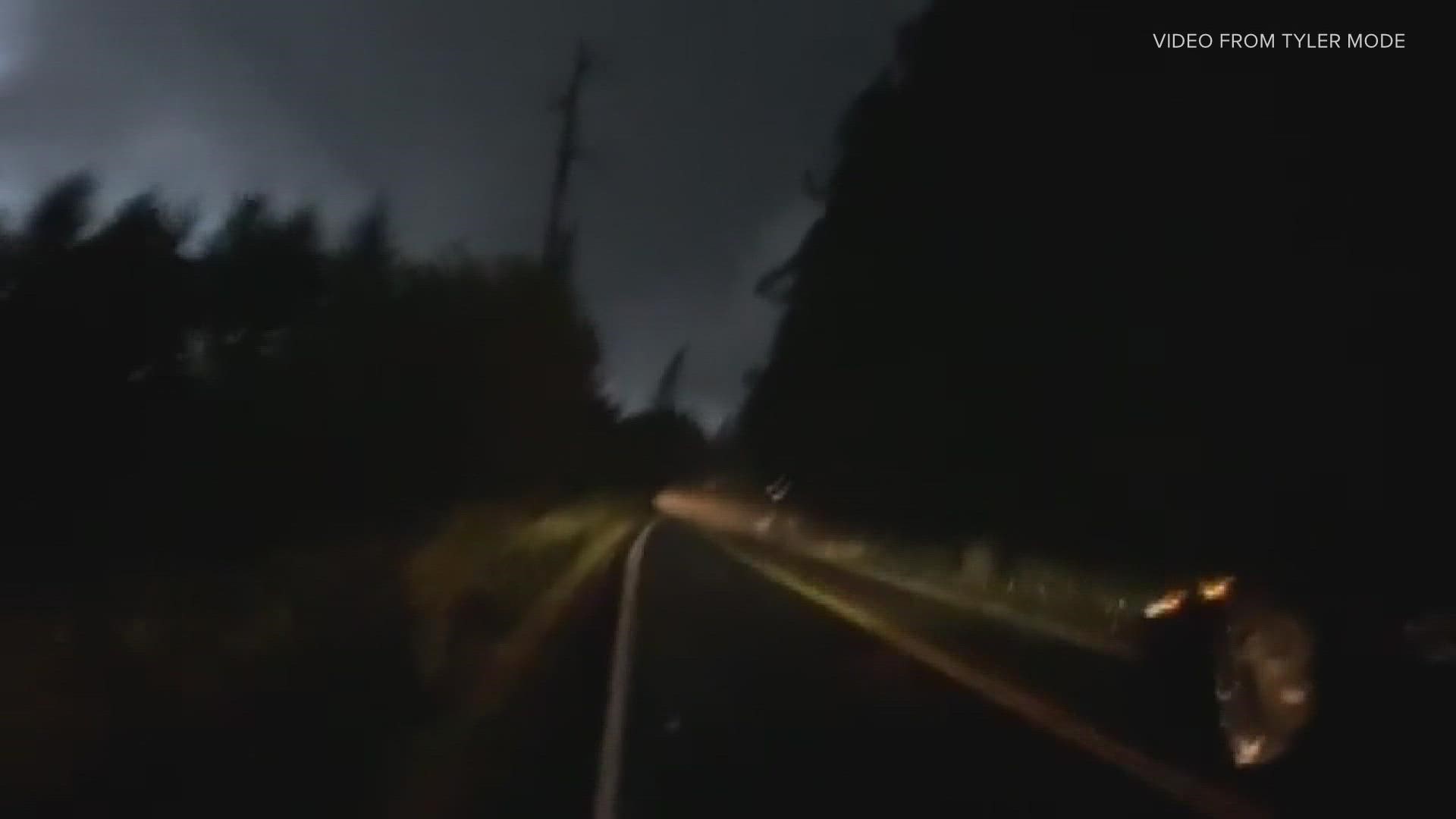 Parts of Southwest Washington were experiencing high winds and rain, according to the National Weather Service Portland (NWS). Several viewers called into KGW from the Battle Ground area saying they witnessed a tornado.

NWS confirmed that an EF-0 tornado moved across north Battle Ground around 7 p.m. with wind speeds between 65-85 per hour.

We have officially evaluated the storm that occurred in Battle Ground, WA on 9-27-2021 around 7PM as an EF-0 Tornado. The bulk of the main damage occurred between NE 92nd Ave & 147th Ave in Portland. pic.twitter.com/lrK5UM7yXV

NWS said the tornado started near the intersection of Northeast 72nd Avenue and State Route 502. It traveled just under 4 miles and northeasterly and ended near Northeast 259th Street and 147th Avenue.

Experts said damage was reported between Northeast 92nd Avenue and 147th Avenue, but there was no major damage to buildings or homes.

Battle Ground resident Bethany Learn said the strong winds picked up chairs, an umbrella and a trampoline outside her home.

"We look out the window and there's bits just swirling around. So I yelled at the kids to get in the tub, get in the house and we all hid in the middle of the house and then the wind died down and we came out here and it was totally calm after that," Learn told KGW.

"There's springs and trampoline bits all down the hillside now," she added.

Another local resident, Tyler Mode, sent KGW some images from the tornado's path. He said he's been chasing storms for over a decade, and this was the first tornado he's experienced.