The Port of Seattle police chief says an officer is accused of violating department policy “while on duty, wearing our uniform.” 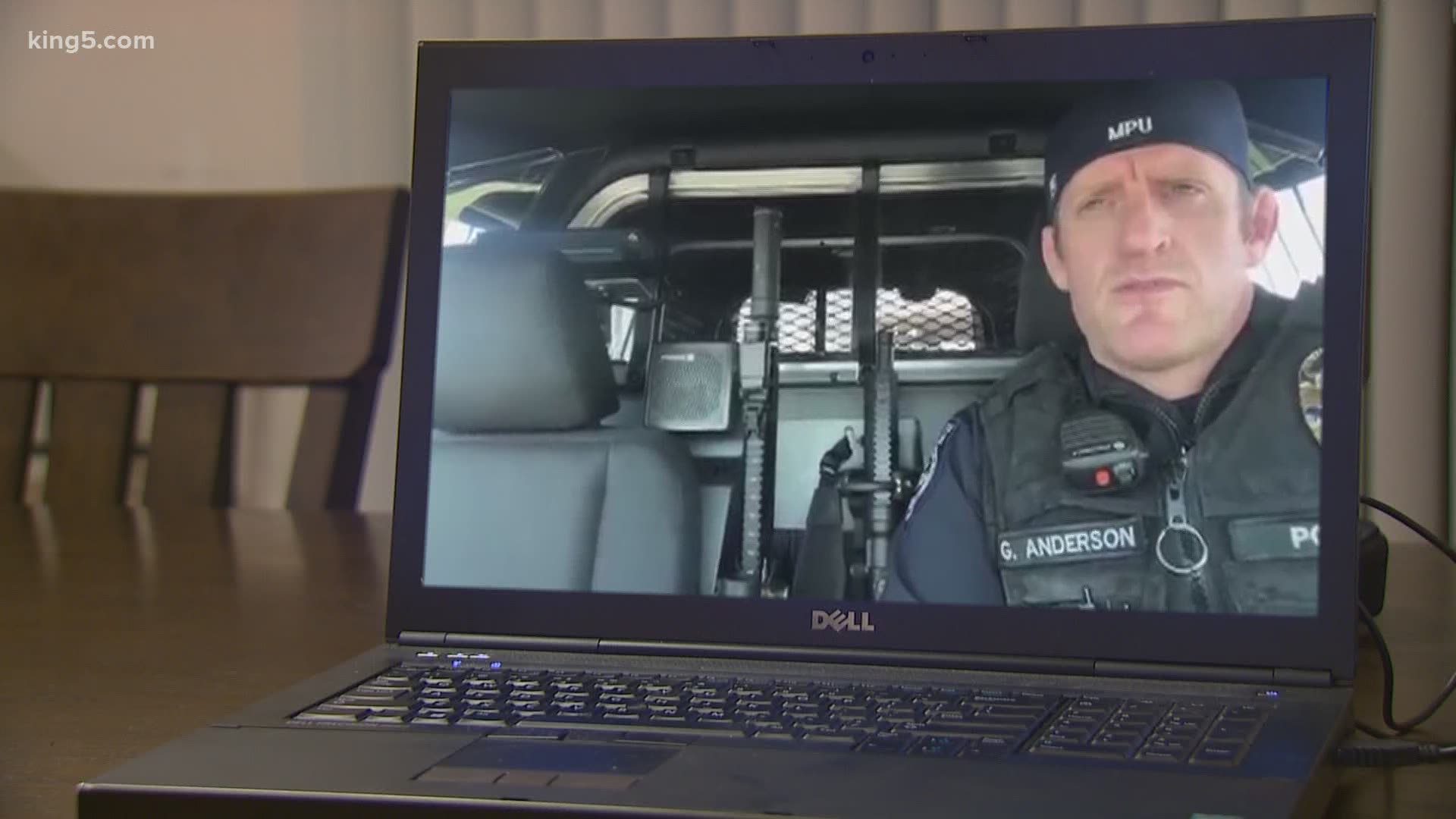 SEATAC, Wash. — A Port of Seattle police officer is on leave and facing possible termination after posting a video in uniform urging other officers not to enforce stay-at-home orders.

Officer Greg Anderson posted the video to his Facebook account on May 5 and said it was viewed hundreds of thousands of times before Port of Seattle Police Chief Rod Covey and other command staff pressured him to take it down.

In the video, Anderson called out officers enforcing stay-at-home orders.

“I’m seeing people arrested or cited for going to church, for traveling on the roadways, for going surfing, opening their businesses,” said Anderson. “I want to remind you that regardless of where you stand on the coronavirus, we don’t have the authority to do those things to people just because a mayor or a governor tells you otherwise.”

He also called on law enforcement officers to take a stand.

“If you’re part of a department or agency that is asking people or asking their officers or their deputies to impose on people’s rights and infringe on their freedoms, you need to step up and say no,” Anderson said. “If that costs you your job, so be it.”

Anderson also said, “I feel like my chain of command shares my view.”

But in a YouTube video posted on May 11, Anderson said as the video garnered hundreds of thousands of hits, command staff with the Port of Seattle Police Department began urging him to take the video down.

“I got a call saying ‘Listen, the video needs to be taken down right now, and you need to accept a letter of reprimand,’” he said.

But he refused to take down the video, and that’s when Anderson said he got a call from Port of Seattle Police Chief Rod Covey.

“He said, ‘Greg, if you openly defy your governor, you can’t be a police officer in the state of Washington,’” said Anderson.

Anderson said when he continued to refuse to remove the post, police and union officials told him that his actions amounted to insubordination and he was placed on administrative leave “pending termination.”

On the Port of Seattle Facebook page, Chief Covey posted a statement confirming that Anderson is on paid leave “while we look into allegations that he violated our policy on the use of social media.” The statement continued, “Greg has always had the ability to express his opinions on what is going on in the country like all other Americans. However, he is not allowed to do so while on duty, wearing our uniform, wearing our badge, and while driving our patrol car. Every police officer in the country understands that.”

A GoFundMe account for Anderson raised more than $20,000 in one day. Anderson said he has no regrets.

“I’m gonna stand by my convictions,” he said. “My head is held high. I’m not intimidated or upset by how this played out.”