After turning her life around, Tarra Simmons was surprised to see her story used in a political ad. 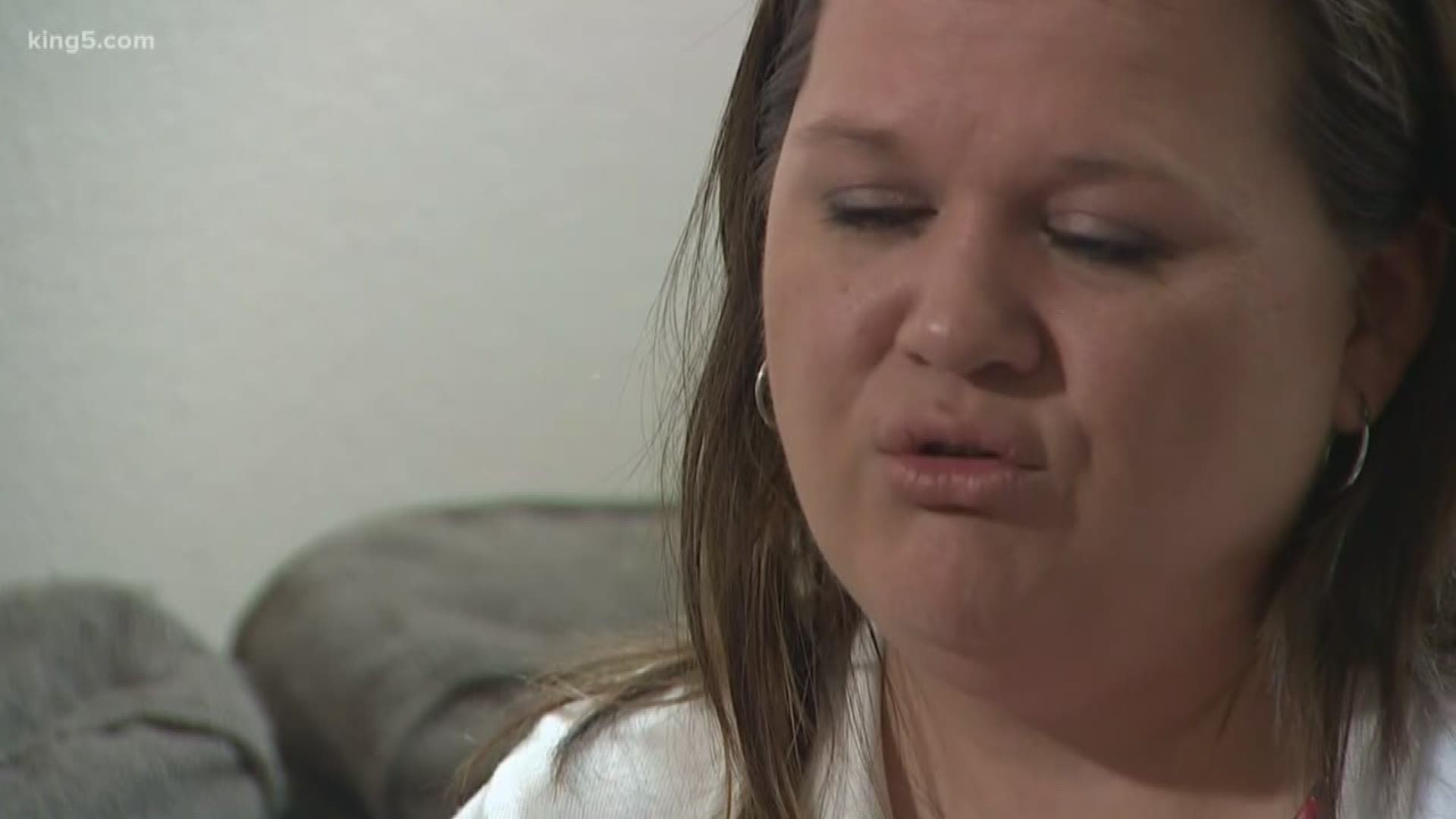 A Bremerton woman who went from being a convicted felon to a lawyer now works to help others turn their lives around. This week, Tarra Simmons was surprised to learn her story is being used in a political ad for a Senate race she has nothing to do with.

From her living room couch, Simmons read a mailer that said, "Emily Randall has consistently failed to back our law enforcement, yet Randall has supported Tarra Simmons, a drug-addicted ex-con who was denied admission to the Washington State Bar Association due to multiple felony convictions."

The mailer was sent to homes in the 26th legislative district, and it focuses on Democrat Emily Randall who is running for state Senate against Republican Marty McClendon. McClendon did not authorize the ad. It was paid for by Washington Forward, The Leadership Council.

"To be pulled in to a heated political race based on my own story of redemption is really painful," said Simmons.

Simmons was released from prison more than five years ago.

"I was arrested three times and the most serious offense was delivery of narcotic pills. I was selling them to support my meth habit," she said.

She says while in lockup, the lawyers who helped her also became her inspiration. When she was released from prison she earned her way into the Seattle University School of Law. Simmons graduated with honors.

So when she looks at the mailer, she's angry.

"Drug-addicted, first of all, that hurt me a lot because I have almost seven years in recovery, and I am very proud of that," said Simmons.

She acknowledges that her past is why the Washington State Bar Association initially said she could not take the bar exam, but the political ad does not mention what happened next.

"I appealed to the Supreme Court and won in a unanimous same day decision that has made national news and has become a historic fact, and so it leaves that really great part out," said Simmons.

The mailer is receiving criticism from candidate Emily Randall who writes "attacking Tarra as a means to attack me is the lowest of the low. It is an example of dirty, dark money being spent to influence an election that should be free and fair. It is an example of lies and misinformation being used to manipulate voters."

King County Prosecuting Attorney Dan Satterberg posted a message to his Facebook page that said, “I strongly denounce this wrongheaded campaign tactic to vilify a woman who has done everything right after she paid her debt to society. It is a real setback for our community when elected officials are targeted in campaign attacks for working on efforts to improve reentry, reduce recidivism and increase public safety. This type of fearmongering cannot go unchallenged."

"It was devastating in a lot of ways, but I also just have a firm belief that it will backfire on them because it is not accurate and it is really kind of shameful," Simmons said.

KING 5 contacted Republican State Senators John Braun and Mark Schoesler because both are connected with Washington Forward, the group that paid for the flyer. Messages were not immediately returned.