The measure that would overhaul Washington state's controversial law on police shootings must go to the voters. 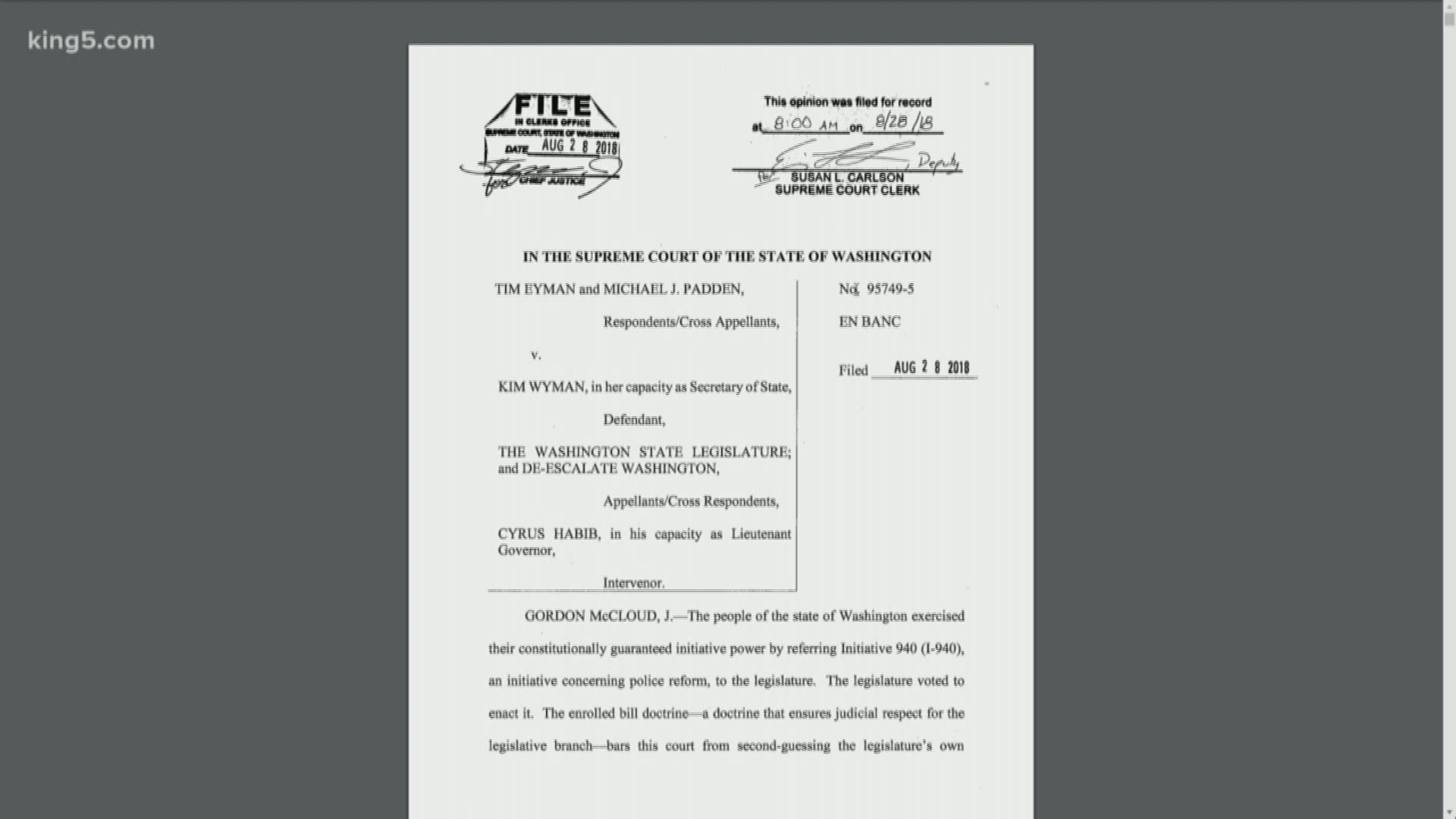 The measure that would overhaul Washington state’s controversial law on police shootings must go to the voters.

I-940 was initially proposed as an initiative to the state Legislature. Earlier this year, lawmakers tried to pass it as-is, while immediately amending it with compromise language through House Bill 3003. According to the state Constitution, if the Legislature doesn't pass such an initiative as-is, it must be sent to the voters.

House Bill 3003 "violates the explicit language and carefully constructed allocation of legislative power ... of the Washington Constitution," the Supreme Court order states. Additionally, "the decision of the Superior Court to issue a writ of mandamus compelling the secretary of state to place I-940 on the ballot is affirmed."

I-940 would lower the bar for prosecuting police who use deadly force.

As originally proposed to the state Legislature, I-940 would require police to be trained to de-escalate volatile situations in order to avoid the use of deadly force. It would also require police to provide mental health intervention and provide first aid on the spot. Additionally, it would remove the malice clause under state law, which would make it easier to prosecute police officers in situations where deadly force is used, and further define "good faith."

Current law states an officer can't be charged if he or she acted in good faith and without malice, or "evil intent," when using deadly force. I-940 would change the law to consider what a "reasonable officer" might have done under the circumstances, and would also take into account an officer's intentions to determine if she or he acted in good faith.