Bonney Lake police said another law enforcement agency was training at a shooting range when a nearby home was hit by gunfire. 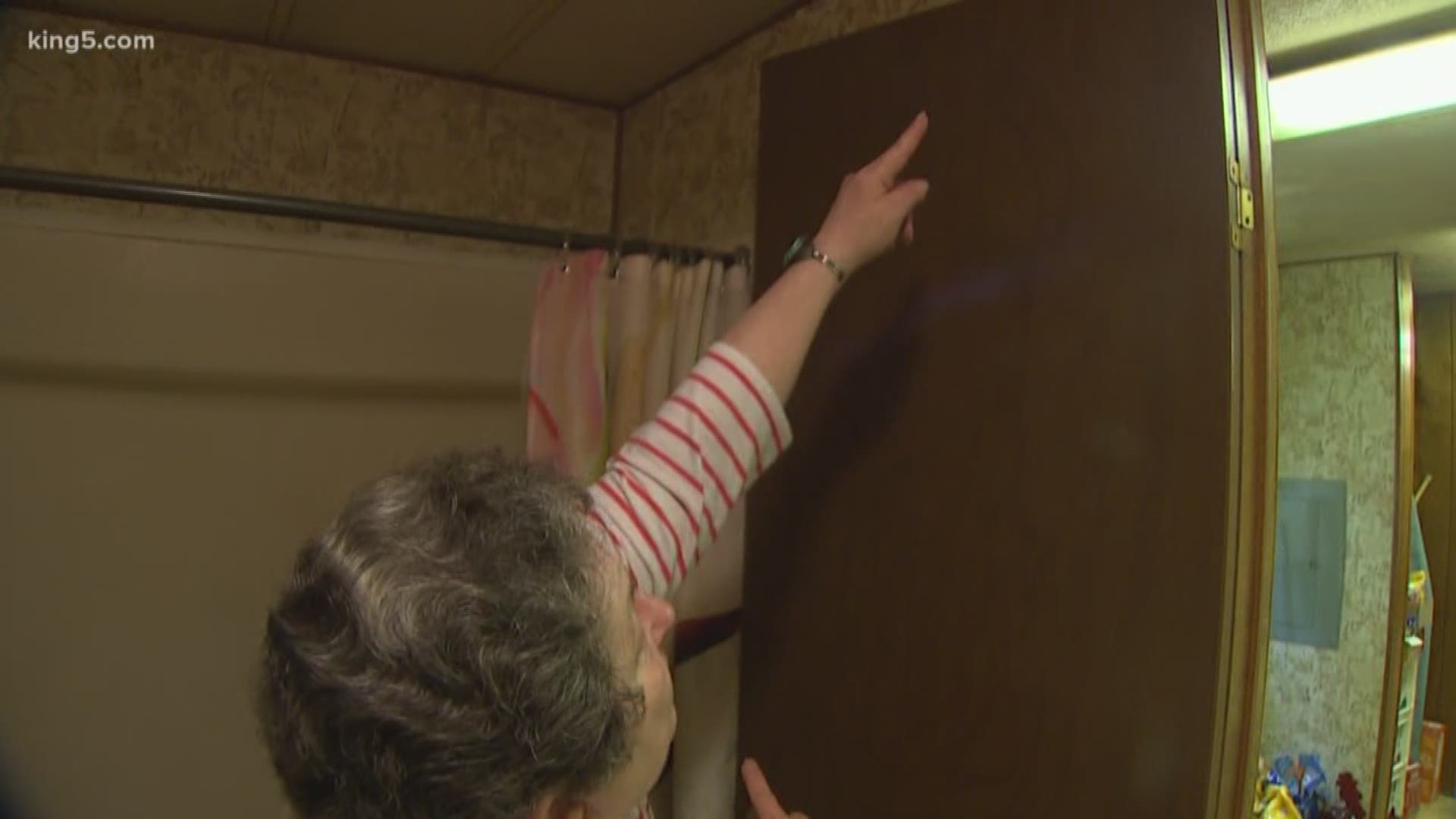 BONNEY LAKE, Wash. — Bonney Lake police are investigating after a home was hit by gunfire Tuesday morning. No one was hurt, and police said it appears to be an accident.

According to Sergeant Ryan Boyle with the Bonney Lake Police Department, another law enforcement agency had been training at a nearby shooting range that day.

Peggy Schmidt said three bullets hit her home late Tuesday morning. One bullet went through the wall of the bedroom where Schmidt's brother had been resting. It traveled through the bathroom wall right above the shower.

She said two more bullets traveled through the backside of her home, doing damage to a cabinet and walls.

"You don't have words to describe it," said Schmidt. "I actually have a feeling of how lucky we are that they didn't hurt someone or kill someone in the house."

Schmidt's Bonney Lake property is on a steep slope near Swiss Park firing range. Around the time the gunfire hit her home, Fife police were several streets below doing target training at the firing range, according to Bonney Lake police.

The shooting range is regularly used by police, but for now, all law enforcement training at the site has been suspended while police investigate.

Sgt. Boyle said they are working to understand what happened to make sure it never happens again.

"I think they should shut down the firing range. Period. Or else, build a really huge wall that they can't shoot over," said Schmidt.

She said something has to change because her sense of safety is gone.

The firing range was in the neighborhood before Schmidt moved into the home. She said her house was also hit by a bullet about 15 years ago. She said back then she called the police and went to the city council, but nothing changed.

Police were not able to confirm the past incident Wednesday night.