KING 5 News was among the latest victims. 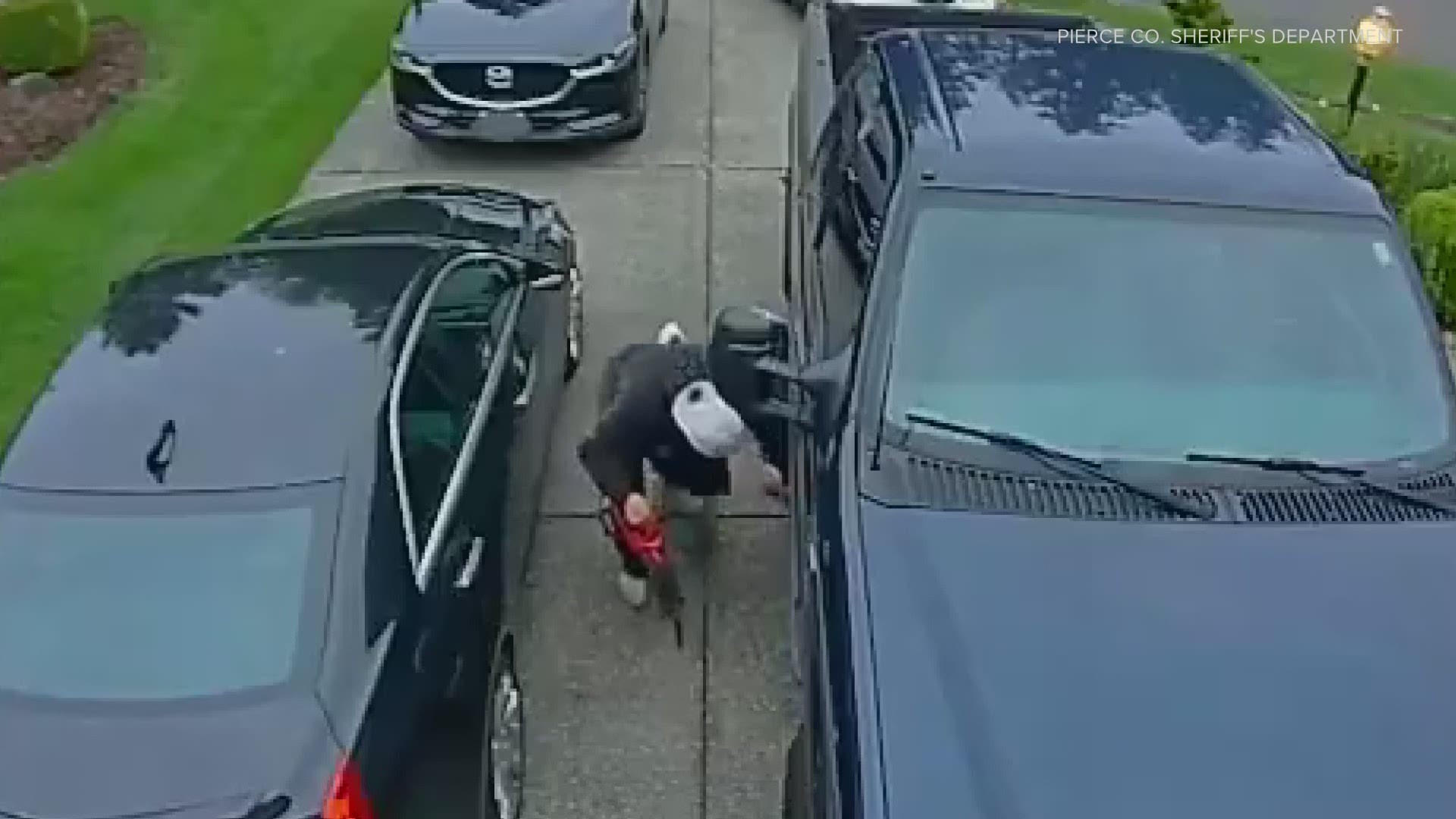 OLYMPIA, Wash. — Collin Hook and his fellow mechanics at Hawks Prairie Automotive get about one call a week from someone with the same complaint.

“They go to start their vehicle, going to work in the morning, and the next thing they know their vehicle is four times as loud as it should be,” said Hook.

It’s the same problem every time: a missing catalytic converter.

“This is the new wave of car crimes,” said Hook, “No more radio stealing.”

The device, about two feet long, removes pollutants from a vehicle’s exhaust. It contains precious metals like palladium and rhodium, which are more valuable than gold.

Surveillance video released by the Pierce County Sheriff’s Department showed two thieves stealing a converter from underneath a truck in about 30 seconds.

The crime happened in someone’s driveway in the early morning of May 26.

He recommended vehicle owners park their cars inside when possible, and he said neighbors should keep an eye out for suspicious behavior.

A KING 5 News van was one of the most recent vehicles hit.

Thieves cut the converter from the live truck while it was parked in a photographer’s Olympia home between 10:00 a.m. and noon on Wednesday.

The issue is not just affecting western Washington either. In Indiana, the problem prompted officials to heighten the penalty for catalytic converter thefts to a felony.