Jet Blue kicked an elderly man from Tukwila off one of its flights and tried to get him arrested. Now, the airline is facing a racial discrimination lawsuit in Seattle Federal Court. 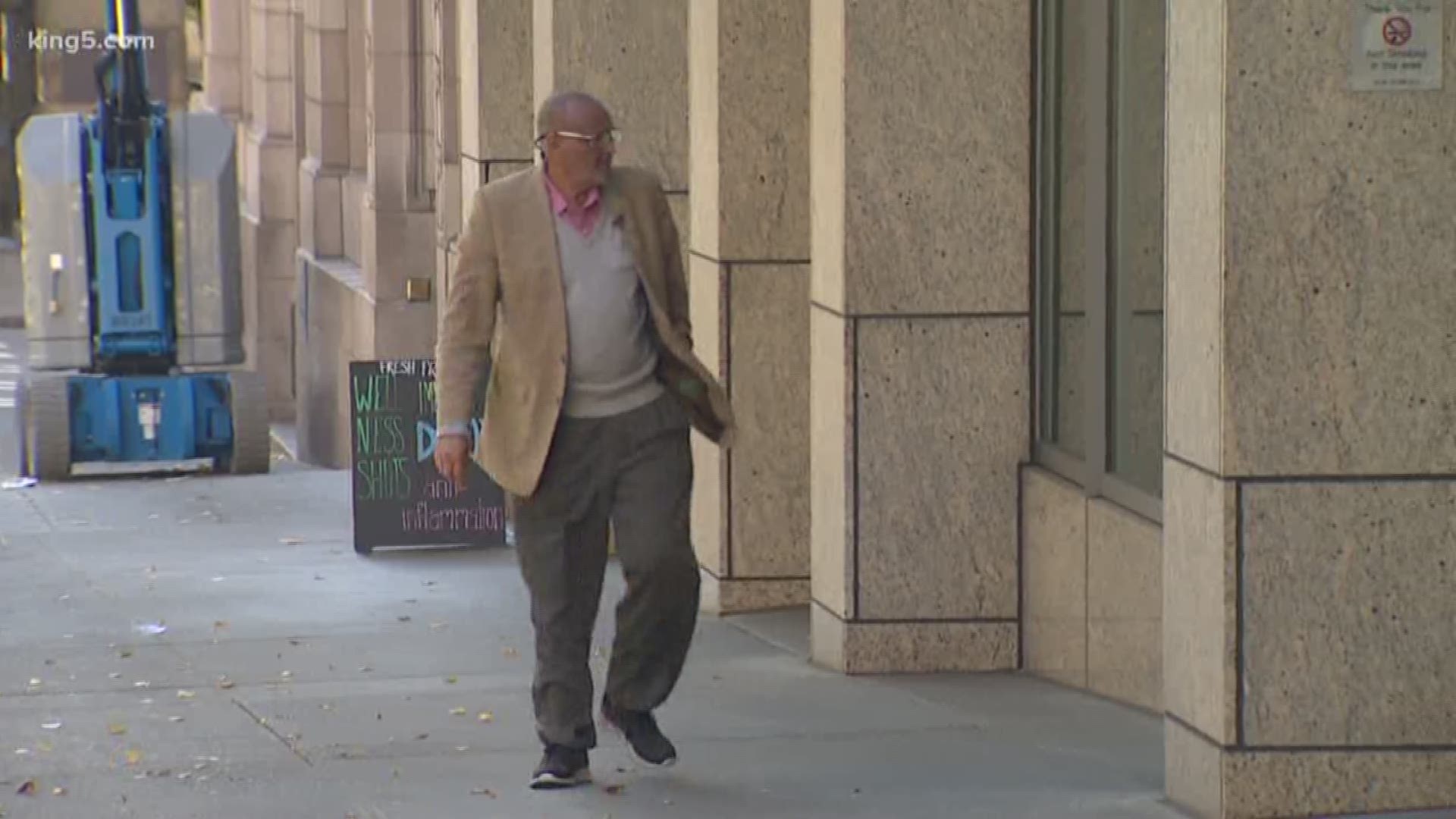 An elderly Tukwila man filed a lawsuit this week in Seattle Federal Court, accusing a Jet Blue flight attendant of racial discrimination when she “pushed” him away from a lavatory during a New York to Seattle flight in January.

“I was shocked. It was an embarrassment, yeah,” Abdikarim Karrani said in an interview at his Seattle lawyer’s office.

The suit claims the Jet Blue crew kicked Karrani off the flight and tried to have him arrested during an unscheduled landing in Billings, Montana.

The flight veered off course after another passenger suffered an in-flight “medical emergency,” and the captain decided to land at the nearest airport.

Karrani, who is an 81-year-old diabetic, said he desperately needed to use the restroom and he headed toward the lavatory close to where crew members were dealing with the stricken passenger.

Karrani said he opened the unlocked door and realized the restroom was occupied. He says he was suddenly pushed from behind by Jet Blue flight attendant Cindy Pancerman.

“I was not aware where she came from, but she pushed me,” said Karrani.

According to Karrani, Pancerman ordered him to the rear restroom and started to push him in that direction. He said he told her not to push him and they exchanged words.

When the plane landed in Billings, an officer boarded and told Karrani that Pancerman had accused him of assault and that she was “afraid of him,” according to a police report filed with the lawsuit.

“She said she was afraid of him, and those are the magic words to get somebody kicked off a plane,” said attorney Jack Sheridan, who represents Karrani.

The Billings police report includes telling evidence that the events did not unfold the way Pancerman claimed.

“100% incorrect. She was at fault,” wrote one passenger in a witness statement. She placed “her hands on his waist.”

Another passenger said, “Cindy persisted and began to use force to remove the man” from the area outside the lavatory.

Billings police officer Randy Winkley wrote that Pancerman was “emotionally upset to the point where she could not continue to work.”

He said Karrani “was elderly and did not act in a threatening manner in any way,” and “I do not believe this incident reaches the level of an assault.”

Mary Ann Salvador, one of Pancerman’s fellow flight attendants, wrote that Karrani “pushed/touched her hand” as Pancerman tried to direct her to the back of the plane.

Sheridan says Jet Blue did not allow Karrani to re-board one of its planes, forcing him to spend the night at a Billings motel and purchase another plane ticket home on a different airline.

“They unceremoniously kicked him off the plane and left him to his own devices to get home,” attorney Sheridan said.

Karrani, a US citizen who relocated from Somalia more than twenty years ago, says he was mistreated because of his race.

His lawsuit asks for punitive damages, and for training for all Jet Blue personnel.

In an email to KING 5, Jet Blue said it doesn’t comment on pending litigation.