Family members of Malik Williams say the 23-year-old paraplegic was killed by police. The officer-involved shooting started as a noise disturbance call on December 30, 2019 just before midnight in the 30000 block of 14th Avenue South in Federal Way.

The caller reported sounds of a woman screaming, a man’s voice, and the sound of a bang in the parking lot.

RELATED: Scene of deadly Federal Way shooting was 'like a war zone'

His family says they have seen video that tells a different story. They held a news conference Thursday morning surrounded by community members, including James Bible, a civil rights attorney.

“The video, we need that to be released so everybody can see and understand what we are talking about here,” said Marvin Walker, Williams' biological father. “My son's hands, clearly, you were able to see them. He made no gestures of pointing any type of weapons or anything at these officers.”

When contacted with the request to release the video, the Valley Independent Investigations Team agreed to show the footage.

Commander Dave Leibman, with the Valley Independent Investigations Team, disputed the family’s assertion that Williams' hands were up.

“We don't believe that's what happened at all,” said Leibman. “In the video, it appears the officers approach, there was a conversation at some point. You can see a rapid movement by the person in the car.”

Leibman went on to say, “We do know that he did fire. We do have two officers that were hit.”

Both officers were wounded. Police said one officer suffered a grazing wound to the left tricep and a gunshot to the torso. The other officer was shot in his right leg.

During the officer-involved shooting, Commander Leibman said 84 shots were fired.

“We don’t know how many of those rounds were fired by the officers versus the person in the car,” said Leibman.

According to a press release by the Valley Independent Investigations Team, "Investigators later learned that Williams used a wheelchair. At the time of the incident, the chair was secured in the back seat with the wheel removed. The windows were tinted and the chair was likely not visible to the officers."

Investigators recovered a 9mm handgun from the car, and they are waiting on evidence to be analyzed by the Washington State Patrol Crime Lab. 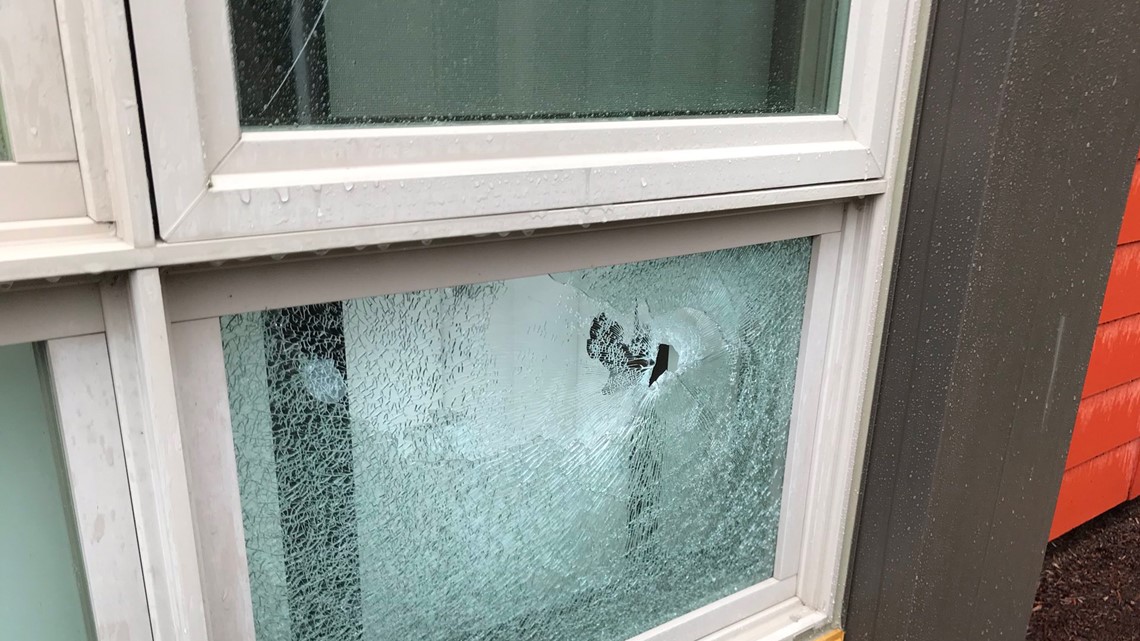 Scene of deadly Federal Way shooting was 'like a war zone'
FEDERAL WAY, Wash. - Two Federal Way officers are out of the hospital and recovering after they were shot while responding to a dispute call overnight that left one suspect dead. The shooting occurred just after midnight outside an apartment complex off 14th Avenue South.