Body camera footage from Seattle officers shows the violent arrest of an Amber Alert suspect after a kidnapping and police chase in March. 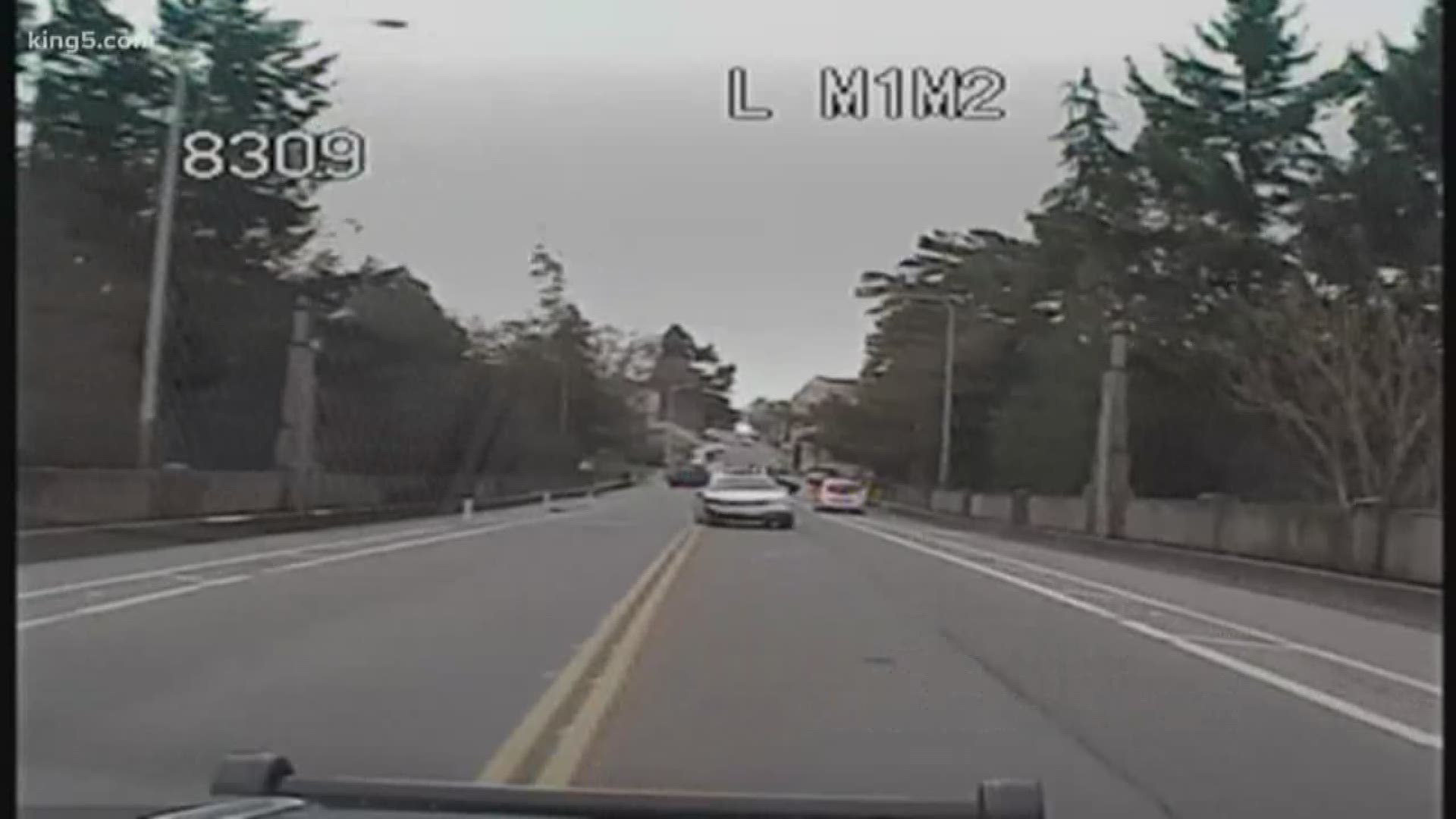 31-year-old Taraille Chesney faces multiple charges of assault, eluding police, and endangerment for allegedly kidnapping his own son and leading police on a chase through north Seattle on March 28, 2018.

Through the various clips of in-car and body camera video, Chesney can be seen ramming police cars in his silver Mercedes, with his child in the car.

But the video also shows how training kicked in for police officers, and how they were able to take a violent man into custody without seriously injuring him or his child.

Hours before, surveillance video captured the car pulling into a gas station. Lake Forest Park Police said Chesney had just kidnaped his son from the boy's legal custodian, his grandmother, in Lake Forest Park. They eventually issued an Amber Alert for the boy, the suspect, and his silver Mercedes.

Officers pulled a male passenger from the front seat. In the video, Chesney's son is sitting on his lap in the driver's seat. One officer leaning in the passenger side door grabs the child. Chesney was taken into custody, informed he was under arrest.

"For what," he's heard asking.

"A lot!" answered the officer kneeling over him.