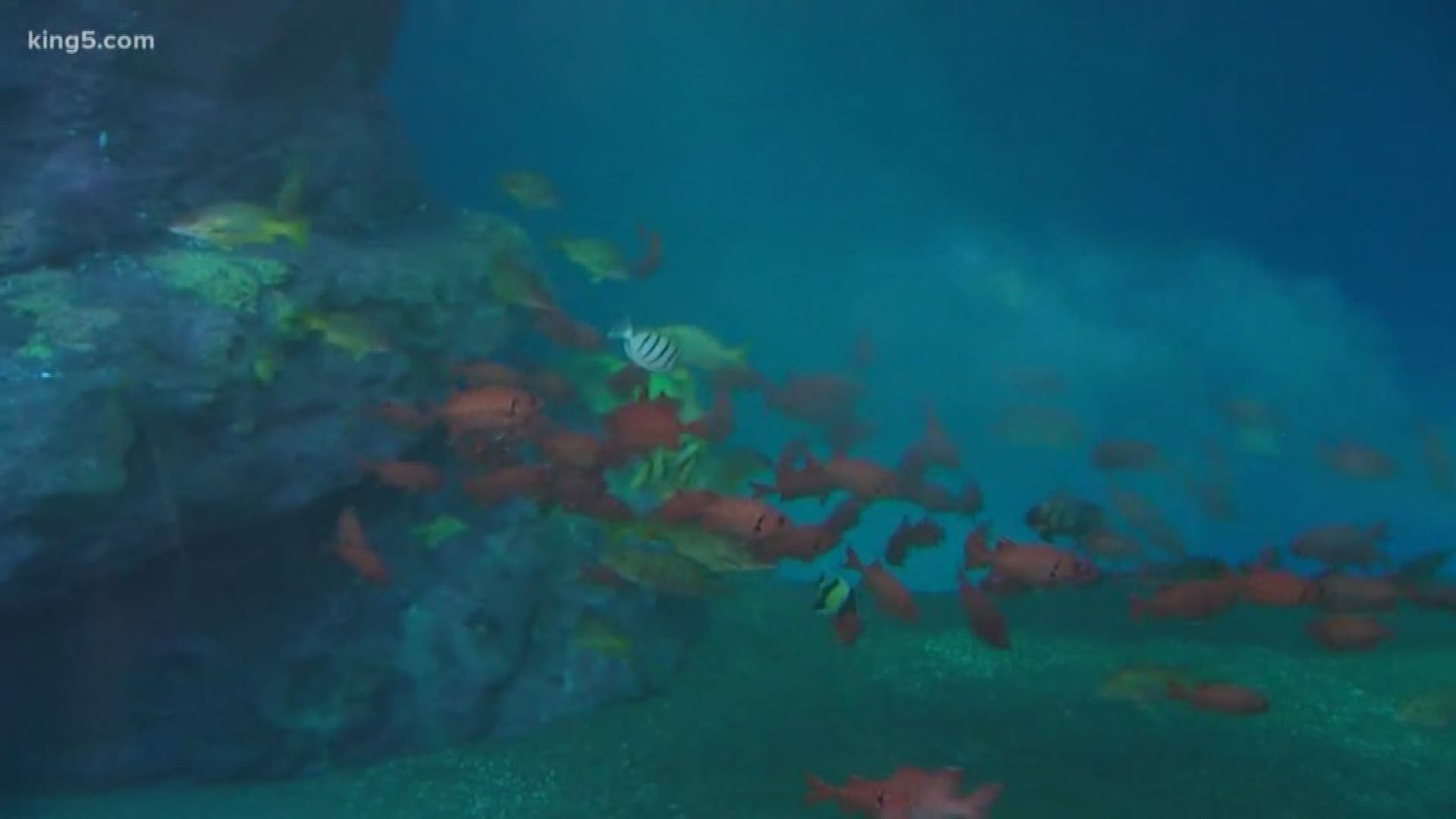 Point Defiance Zoo has a brand new aquarium to welcome visitors. The Pacific Seas Aquarium exhibit is the largest capital project in its 113-year history.

Four years of design and construction later, the Point Defiance Zoo and Aquarium opened doors on its new 35,000-square-foot exhibit.

The $51.6 million project was largely funded with capital improvement bonds, with additional money from The Zoo Society through donations from individuals, businesses, and foundations.

Alan Varsik, the director of zoological and environmental education for Metro Parks Tacoma, says when they decided they needed a new aquarium, they wanted to branch out and feature more sea creatures than the now-closed North Pacific Aquarium. The Pacific Seas Aquarium features sea creatures native to areas ranging from Puget Sound to the subtropical climates of the waters between Baja, California and Mexico.

The new aquarium is about 20 percent larger than its predecessor.

"I'm really excited to see what our guests think of our new animals," Varsik said.