Elephants at Tacoma zoo with tuberculosis won’t be treated

The general public is not at risk of contracting tuberculosis, the zoo says. 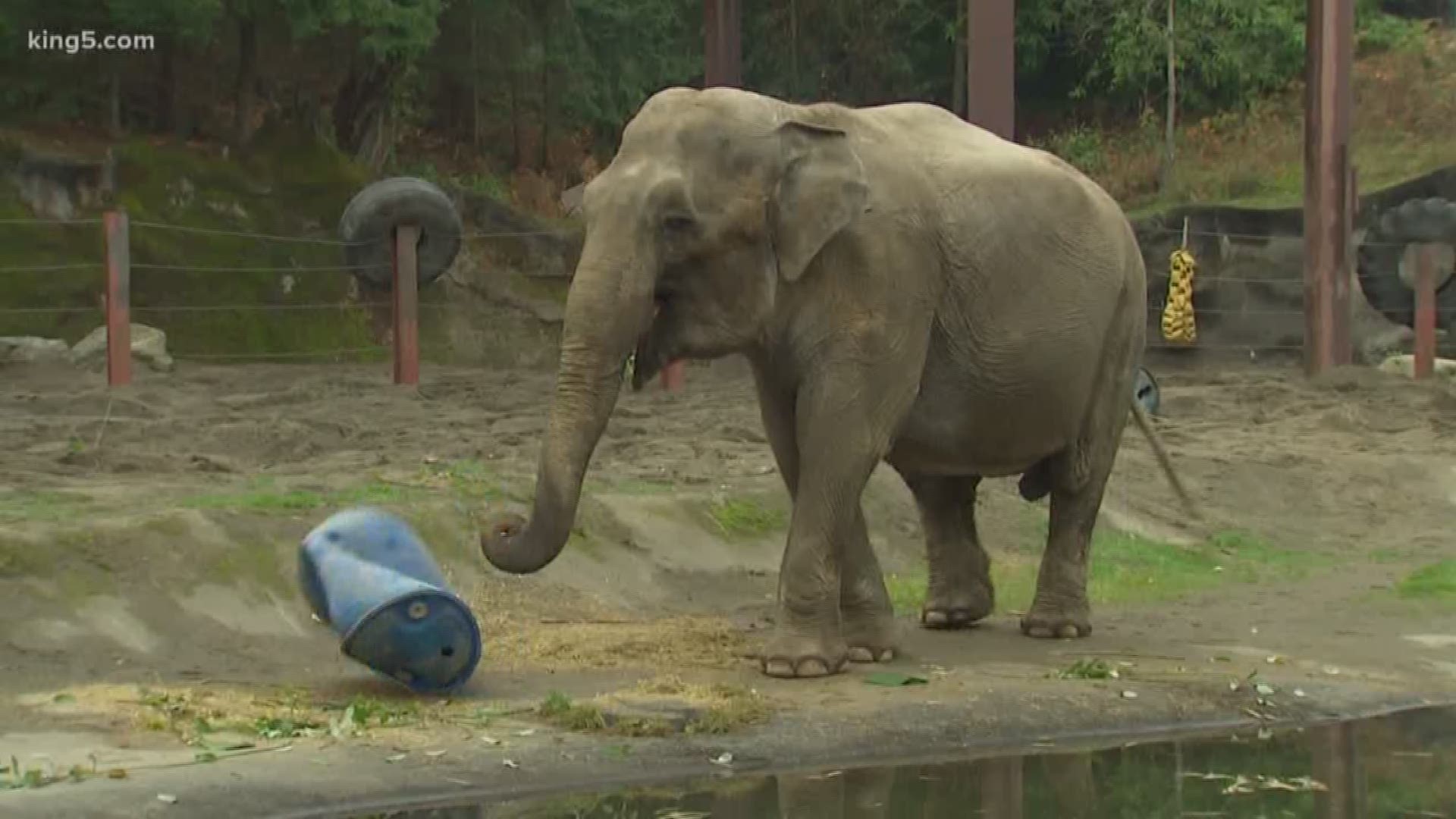 TACOMA, Wash. — The two Asian elephants at Point Defiance Zoo & Aquarium have tested positive for tuberculosis, according to zoo officials.

Head zoo veterinarian Dr. Karen Wolf said elephants Hanako and Suki will not be treated for the disease.

“We just don’t feel it’s in their best interest,” said Wolf, who noted the antibiotics could end up weakening the elephants’ immune systems.

“Both Hanako and Suki, at 56 and 55, are considered geriatric animals and they do have a number of degenerative age-related changes, which is common,” said Wolf.

She said the zoo staff will keep a closer eye on the elephants to see if they start to show signs of the disease and end up needing extra medical care.

The zoo has no plans to euthanize the elephants or send them to other facilities.

”Hanako and Suki are part of our family,” said Wolf, "They’re not going to be sent anywhere. We want to make sure they live the rest of their golden years with their family under the watchful eye of the vet staff that cares for them as well.”

The elephants were tested for tuberculosis after eight zoo staffers were diagnosed with inactive, or latent tuberculosis, in September.

Those with latent tuberculosis are not sick and cannot infect anyone.

Back in September, county health officials tested the elephant exhibit and deemed it safe for the public.

The zoo still maintains that the general public is not in any danger of contracting TB from the elephants.

Wolf said the employees likely got TB after working closely with the elephants.

Staffers will now wear protective gear when working with the elephants.

Point Defiance Zoo & Aquarium decided years ago that Hanako and Suki would be the zoo’s last elephants.

They are the last remaining elephants at any zoo in Washington state.

Wolf said it’s unknown if the tuberculosis will shorten the lifespan of Hanako and Suki,