Neighborhood activists are trying to protect part of the Pike Place Market community. They spent the weekend at the market trying to get the message out. 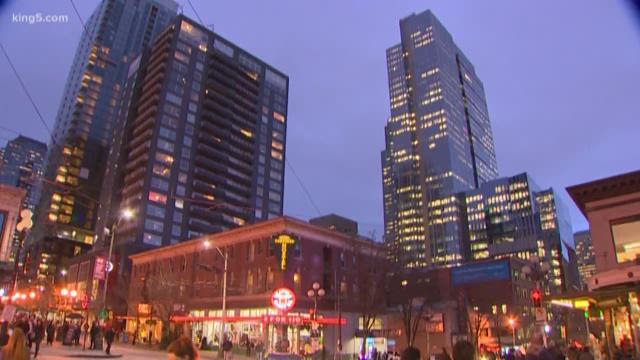 It turns out the historic Hahn Building at the entrance of Pike Place Market isn't so historic after all. The building failed to obtain historic landmark status.

The Hahn Building sits at the front of the market at Pike Street and 1st Avenue.

The building predates the actual market by 10 years, but there's now a plan to tear it down and replace it with a 14-story mixed-use building. A neighborhood coalition against the plan is trying to put a stop to it, saying the process is flawed.

In 2014, the owner of the building made a proposal for landmark status, but it was denied and can't be applied for again for a period of five years. The neighborhood coalition believes the owner made a weak case on purpose to lock the building in limbo while he pushed his plan to tear it down and start over.

The proposal will go before the city review board for a second public hearing at City Hall Tuesday night at 5:30.