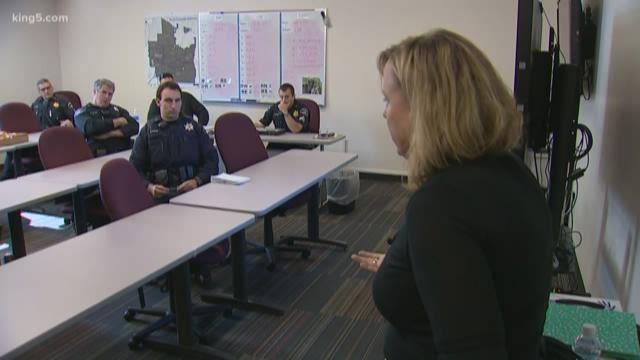 The county has rolled out a Mobile Community Intervention Response Team lead by mental health worker and program manager Tracy Krieg. For the last month, the team has been meeting with law enforcement and first responders to identify people who frequently call 911.

After identifying those individuals, Krieg and her team want to help connect those people with mental health services.

"A lot of these people that we're seeing are kind of the forgotten folks,” said Krieg.

The county estimates the program will reduce costs and help free up police and EMS to respond to emergencies.

Pierce County Council will vote next month when it reviews the 2018 budget to possibly fund the pilot program through the next year.

The MCIRT team went to a help a woman named Michelle Butler on Monday afternoon. Butler struggles with schizophrenia. She’s is known to frequently call 911 from where she was living in Spanaway.

"She lived in a trailer behind a house with no running water, no heat, infested with rats,” said Krieg. “We’re going to pick her up finally and move her to a mental health facility in Tacoma."

Butler said she was relieved with she saw Krieg.

"I wanted to believe and think that there were things still out there for me, and there is," said Butler.