The Pierce County Sheriff's Office is offering a $10,000 signing bonus for officers who transfer within Washington state. 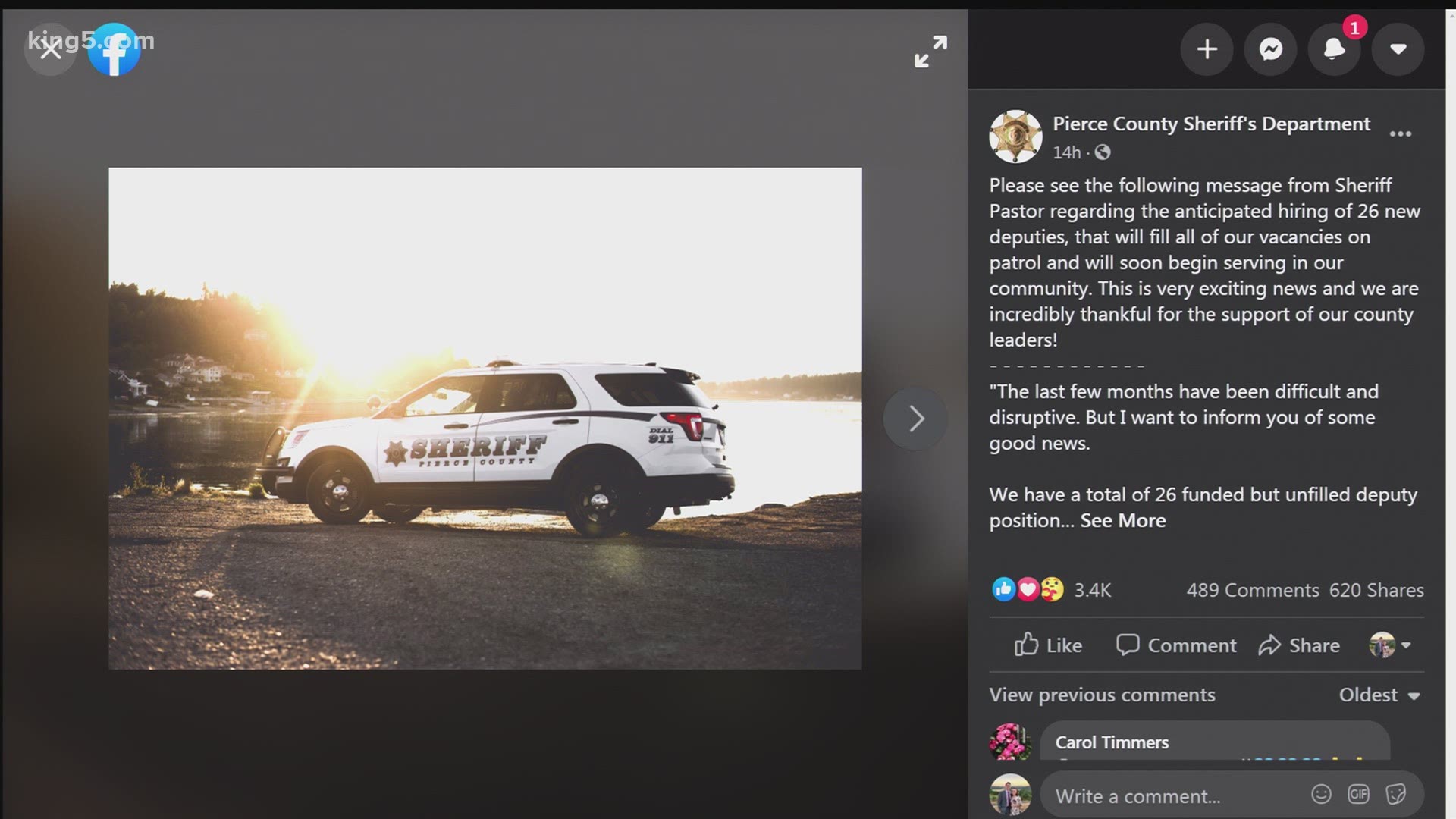 The sheriff's department is offering a $10,000 signing bonus for law enforcement officers in the state who are willing to leave their current departments and come to work in Pierce County.

RELATED: 'Seattle has made a tragic mistake': Trump reacts to departure of Police Chief Carmen Best

They said they initially held off on hiring for the positions because the county was in a hiring freeze, however, they received approval from the county executive to hire all the positions that were funded in the 2020-2021 budget.

The department has been using Facebook, YouTube, and other social media platforms to recruit applicants from the community and other departments.

In the Facebook post, the department seemed to take a bit of swipe at the situation in Seattle, saying:

"While other jurisdictions are busy with political posturing and 'defunding the police,' Pierce County is moving forward to fill our existing vacancies. We will also have an opportunity to hire solid, fully-trained people who are choosing to join our agency and our culture."