A special Pierce County K9 has made six captures in one week. But a capture on a bittersweet anniversary is one that stands out. 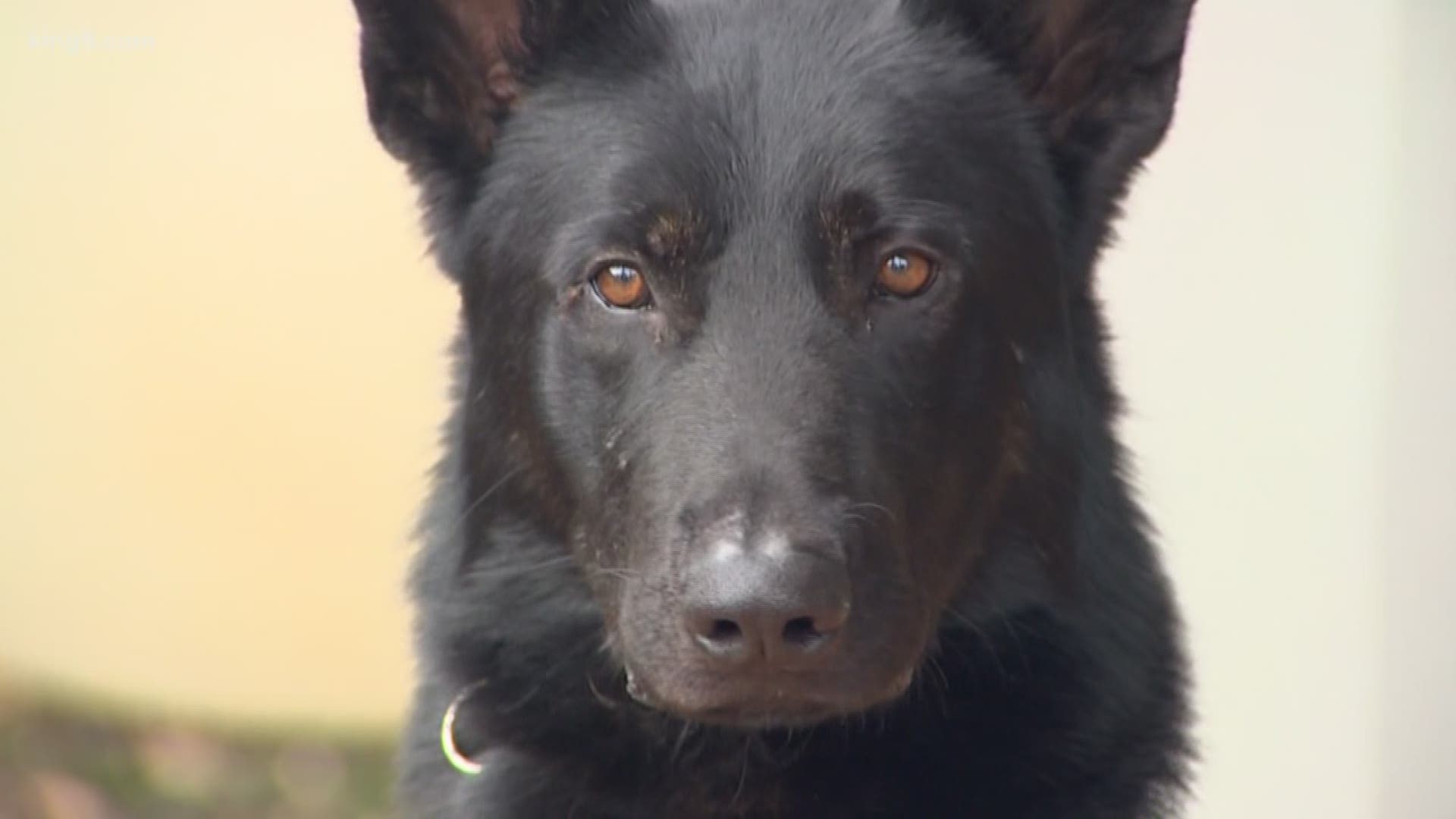 There's no denying the bond between Pierce County Deputy Luke Baker and K9 Dan. The two have been together for about a year.

"There isn't a day that goes by that I'm not reminded of Dan. I'm saying his name every day," said Deputy Baker.

Deputy Baker worked alongside Deputy Daniel McCartney with the Pierce County Sheriff's Department. Deputy McCartney was killed in the line of duty last January responding to a home invasion call near Spanaway. Deputy McCartney left behind a wife and three kids.

"The day of Dan's passing I went and met with the boys, and we brought up the idea of what we should name the dog, and it was their decision, and they chose to name the dog Dan,” said Deputy Baker. “That's his namesake, so there's a little extra added pressure to get a capture."

But K9 Dan has delivered.

"We caught a robbery suspect for Lakewood, we got burglary evidence for Tacoma, a couple of captures in Bonney Lake, a stabbing suspect this last Sunday, and about 45 minutes ago we got another capture for the county,” said Deputy Baker. “So, it's been really good for us this past week."

On January 8, the anniversary of Deputy McCartney's death, K9 Dan got another capture.

"I got a hold of his spouse after the capture, and she had mentioned that she told the boys and the boys had mentioned that it was his heaven birthday and dad probably had something to do with it,” Deputy Baker said. “So that was a tear jerker for all of us, and there isn’t a day that goes by that we don’t think about Dan.”