You can soon bring your baby to work at the Pierce County prosecutor’s office through a new pilot program. 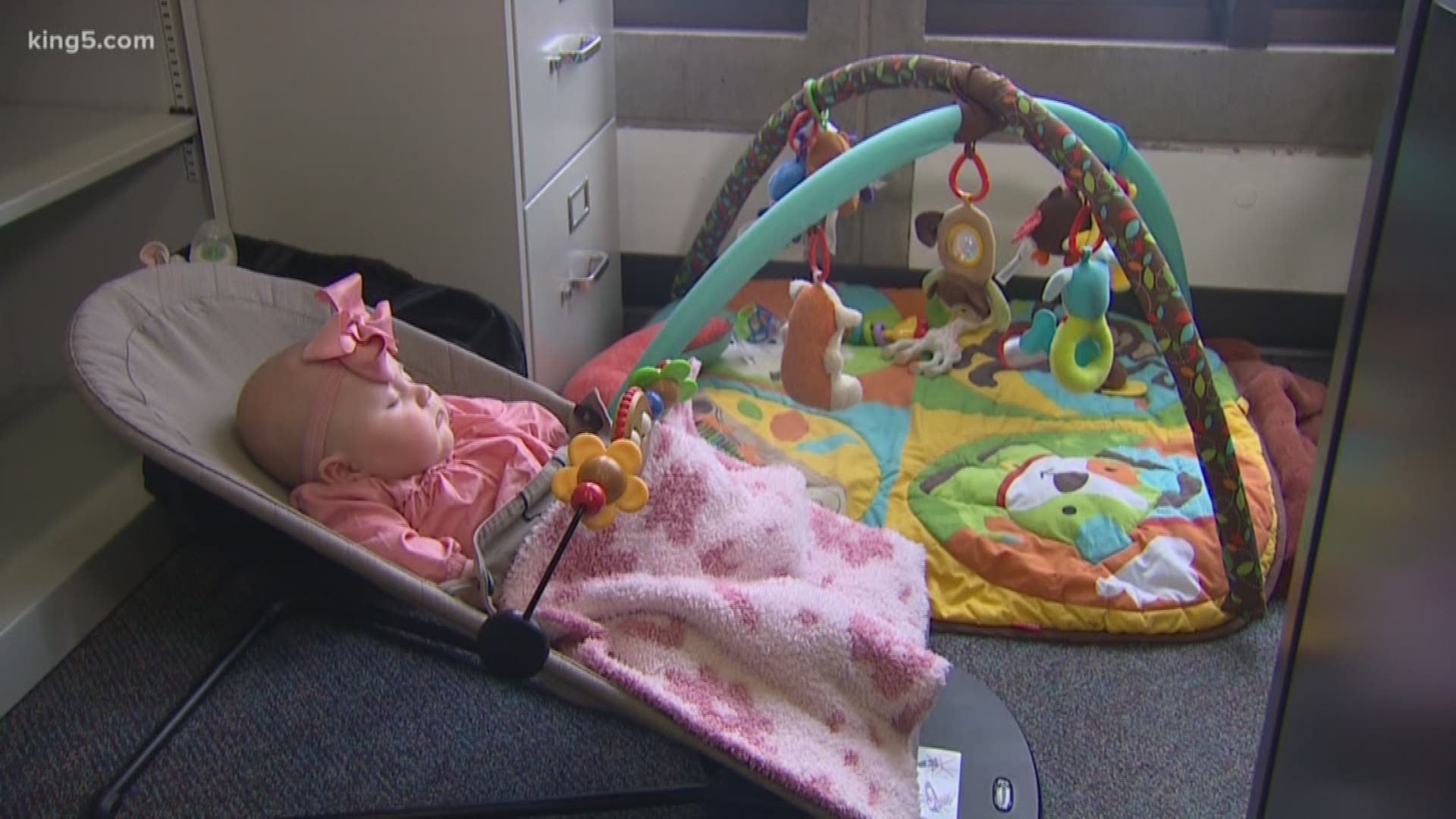 The Pierce County Prosecuting Attorney’s Office is the latest agency to allow parents to bring their infants to work in an effort to lower turnover and childcare costs for families.

“The science is really clear that child-parent bonding is especially important in those early months,” Prosecuting Attorney Mary Robnett said in a statement. “As an office, we want to support that.”

The pilot program, which was announced Tuesday, is open to employees with infants between six weeks and nine months old, and the children cannot be crawling yet.

If the child is fussy and disruptive for more than 30 minutes, the baby must be taken home. Parents must also provide their own supplies and find two co-workers who are willing to briefly be care providers if needed.

Proponents of the program hope it will boost parent and baby bonding, help parents return to work sooner and serve as a recruitment tool.

“It will mean lower childcare costs for young families and reduced feeding stress on the infants,” said Robnett. “For the office, giving employees this option will help people stay in their current positions and lower our turnover costs. It will be a boon to recruitment as well, a new way to attract high-quality applicants.”

"It's nice to have her today and (to) be able to look down at her and see her napping when I'm here," said Kristal Cowger, the deputy prosecuting attorney.

RELATED: Study ranks Washington as 6th for least affordable child care in US

The pilot program will end in December, and then the prosecutor’s office will evaluate its success through employee feedback.

"My first day back was so much easier than it would have been. It wasn’t hard at all, in fact, because I was excited to be able to bring my child to work. No one was ever upset by [the crying]. They really just liked having a little person there to remind them that there is life outside of this," said deputy prosecutor Annie Yu.