Pierce County Deputy Cooper Dyson died while driving to aid his fellow deputies, who were being assaulted by a suspect who was reportedly trying to access a firearm. 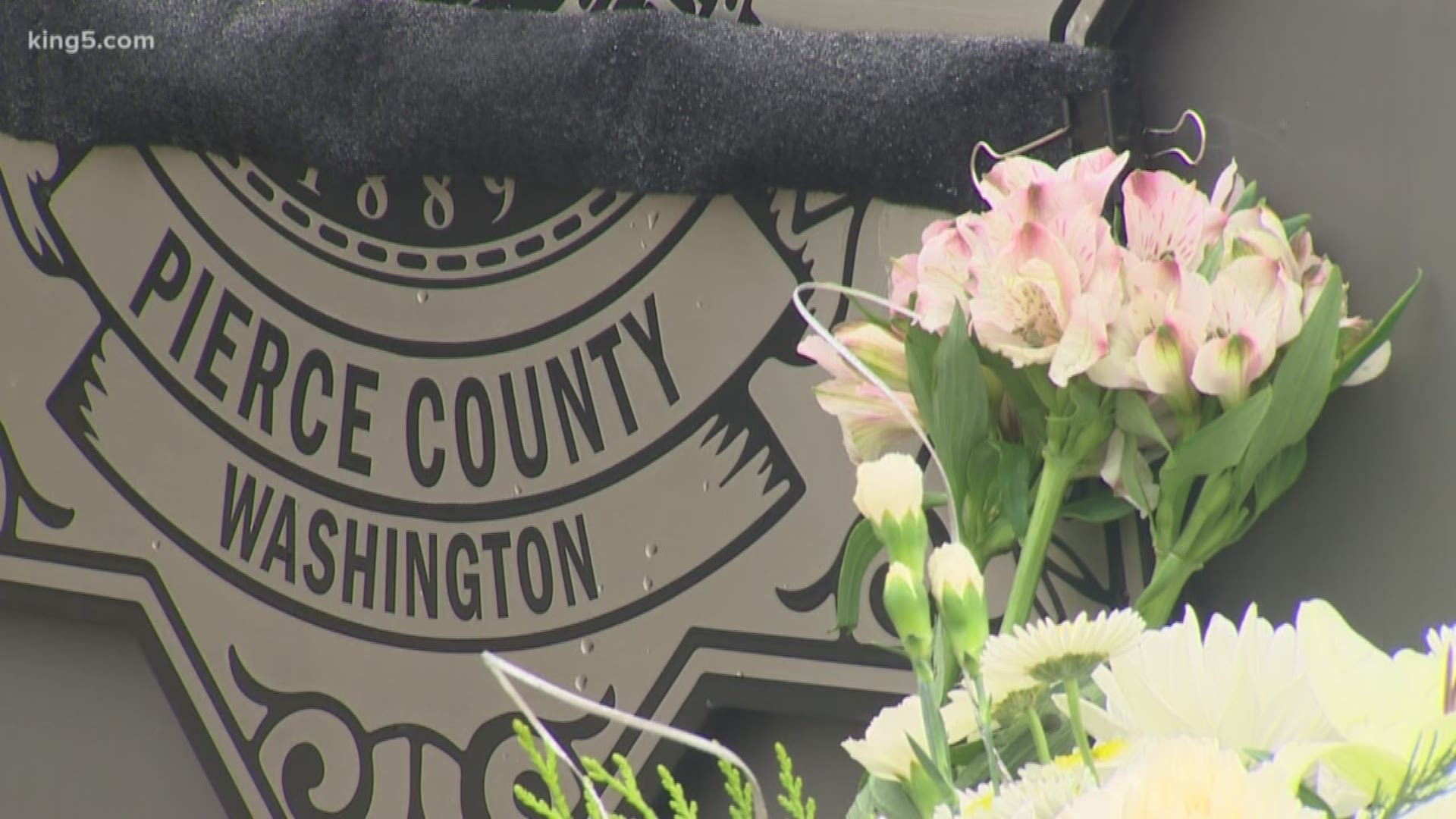 PIERCE COUNTY, Wash. — A Pierce County deputy was killed in a crash early Saturday while responding to a domestic violence incident in Parkland.

The Pierce County Sheriff's Department identified the deputy as 25-year-old Cooper Dyson. He has served with the department since 2018.

Dyson is survived by his pregnant wife and their 3-year-old son. Over the weekend, a memorial for the fallen deputy was growing outside his precinct. The Pierce County Sheriff's Department announced they would be establishing a fund to help support the family.

According to the sheriff’s department, around 3 a.m. on Saturday, a 911 caller reported that a man had assaulted his developmentally-disabled 6-year-old sister at a home on 113th St. South and that there were multiple weapons in the home.

Shortly after arriving at the residence, the two responding deputies radioed that they were fighting with a suspect and needed backup. The sheriff’s department said the deputies believed the suspect was trying to access a shotgun that was in the house.

Deputy Dyson was responding to the scene when he lost control of his patrol car. The sheriff's department said the vehicle crashed into a commercial building on the 1300 block of 112th St. East.

“It appears that he probably hit a mud puddle or hydroplaned, and the car left the roadway at probably the worst place possible,” said Pierce County Sheriff’s Detective Ed Troyer. “The car barrel-rolled, went airborne, and then landed and caught on fire.” 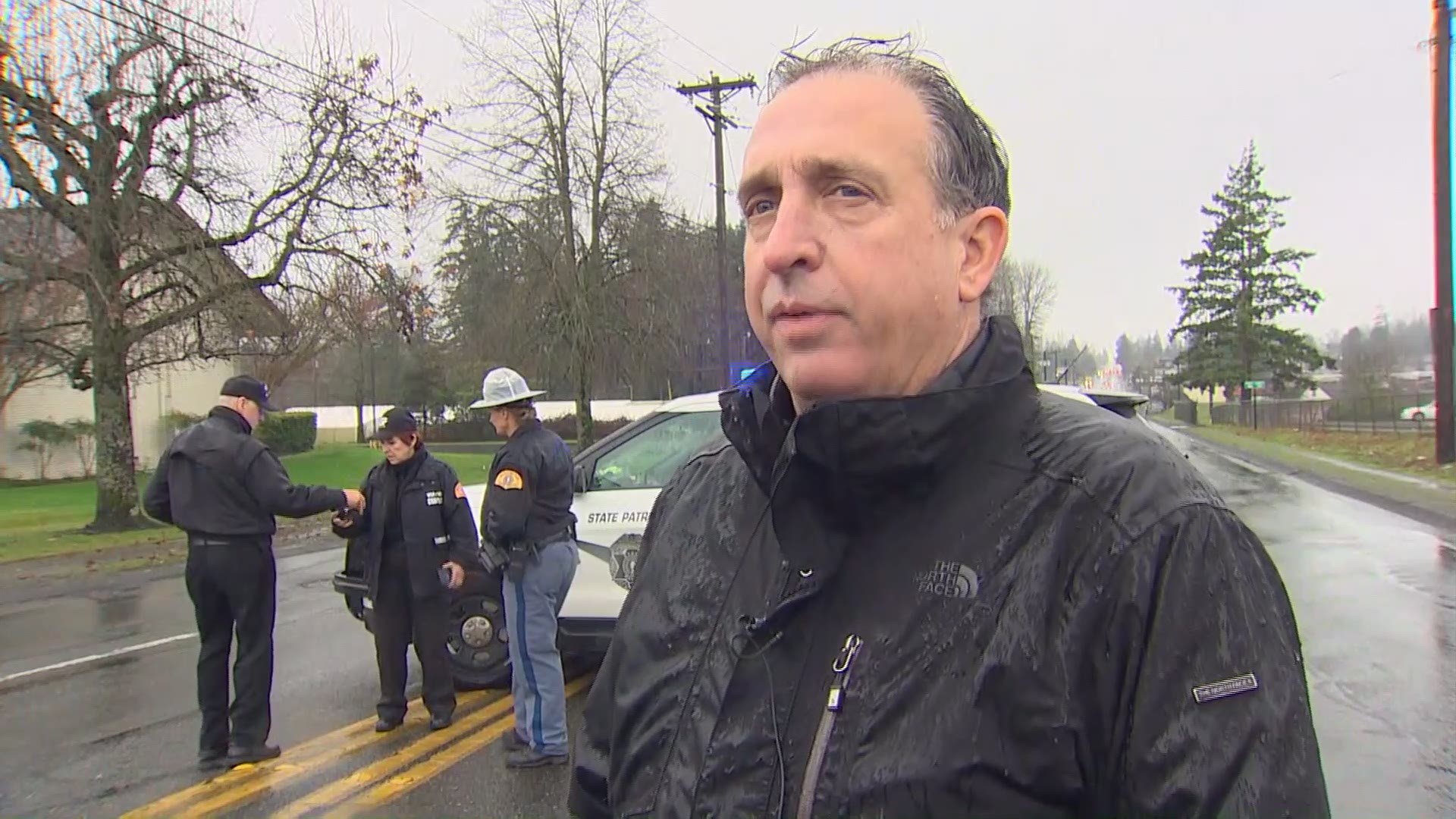 Troyer said Deputy Dyson was trapped in the patrol car after the crash. The vehicle was fully engulfed by the time other first responders were able to arrive. Deputy Dyson was the only person in the vehicle. He died at the scene.

“This is a tremendously sad loss. Our Deputy was responding to help other deputies in a dangerous domestic violence situation," Pierce County Sheriff Paul Pastor said. "It is another hard reminder of the dangers and difficulties our deputies face.”

Dyson's pregnant wife is due to deliver their daughter in the coming weeks. Troyer said Deputy Dyson’s father is an East Pierce firefighter.

“He was a good guy, a good deputy. He was just going to help another deputy. He left the roadway due to water, we believe,” Troyer said.

This is the first motor vehicle collision death of a Pierce County Sheriff’s deputy since 1941.

A Legacy Fund has been established for fallen Pierce County Sheriff's Deputy Cooper Dyson. Donations can be made online using a credit card or PayPal at www.tpcrimestoppers.com, or in person at any TAPCO Credit Union. 100% of all donations received will go directly to Deputy Dyson's wife, very young son, and their baby girl who is due in only two weeks. 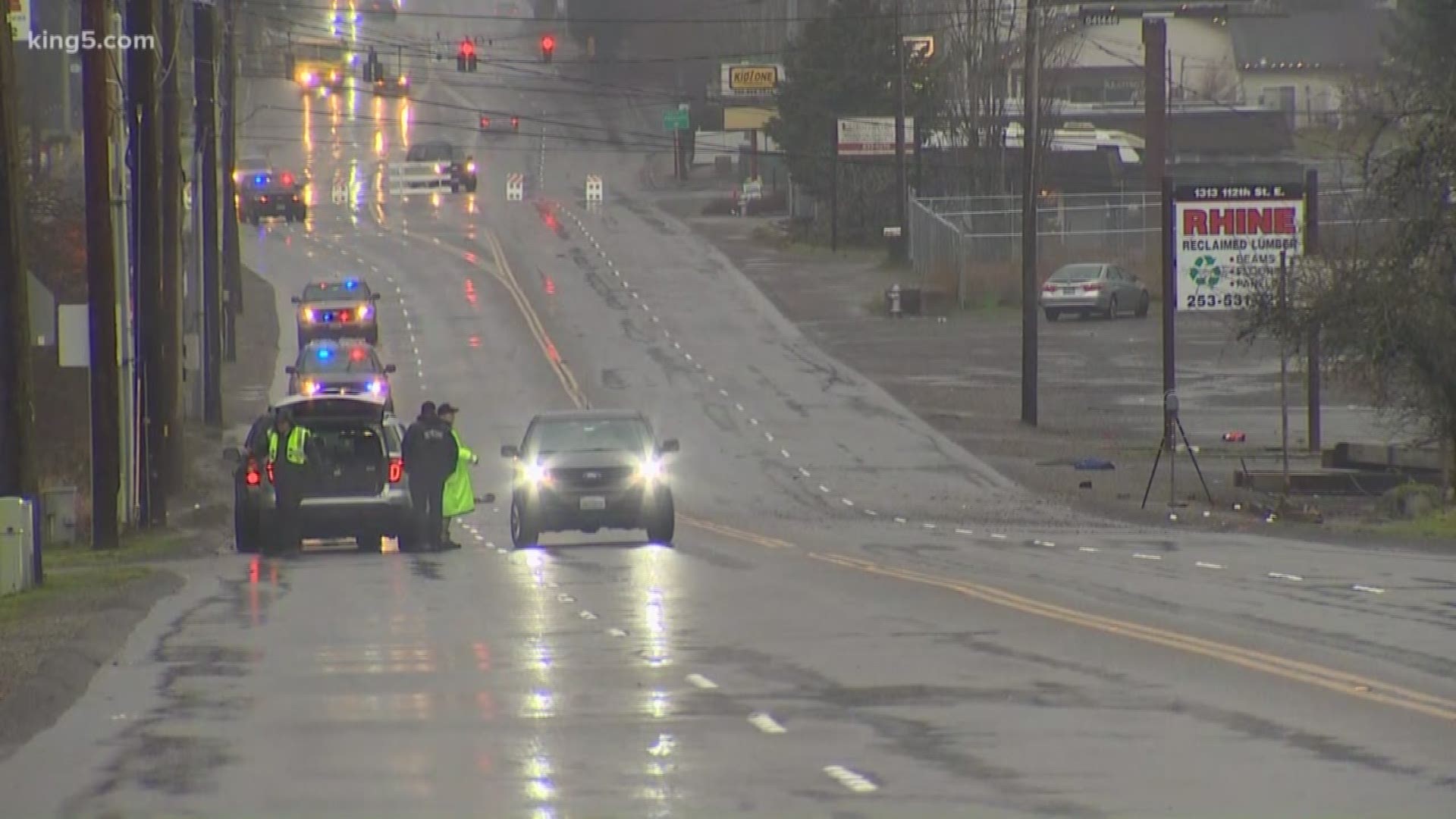