The game has seen a 650% increase in numbers over the last six years, making it one of the fastest-growing sports in the United States. 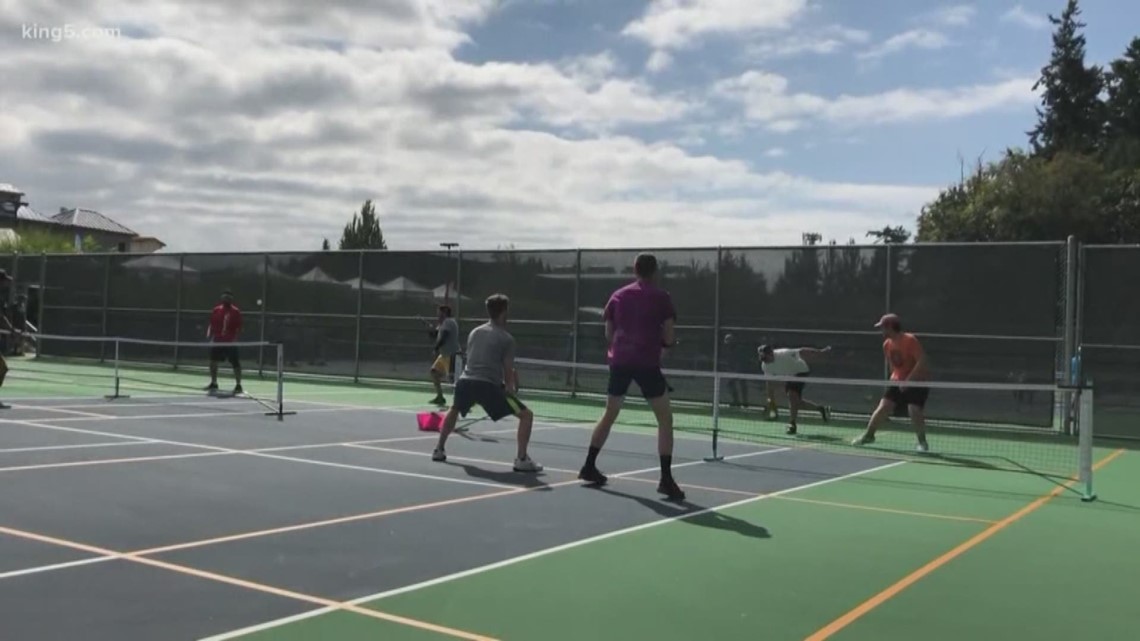 SEATTLE — More than 200 hundred players came to Bainbridge Island this weekend to play a game created on that island, pickleball.

The inaugural Bainbridge Island Founders Tournament wrapped up on Sunday.

The inventors of pickleball are credited as Joel Pritchard, Bill Bell, and Barney McCallum. The game is a combination of badminton, ping pong, tennis, all morphed into one game that markets itself as playable for all ages.

David Williams, the Vice President for the Board of Trustees at the museum, said the game was all created by chance.

“Joel Pritchard and Bill Bell were coming home from a game of golf, and Joel’s son Frank said, ‘Dad we’re bored there’s nothing to do.’”

Williams said they were right by a badminton court and on that afternoon day in 1965 the game of pickleball was created.

The USA Pickleball Association said the game has seen a 650% increase in numbers over the last six years, making it one of the fastest-growing sports in the United States.

During the tournament, players got a chance to check out that very same court where the game was created, play a point, and take pictures.

To put the game’s growth into perspective, there is a tournament for pickleball that is similar to the Ryder Cup for golf. That tournament’s name is The Bainbridge Cup. This year’s tournament was held in Germany.

“It’s kind of in our dreams to host the Bainbridge Cup here on Bainbridge Island where it belongs!”

RELATED: Pickleball, the country’s fastest growing sport, is also popular in this jail