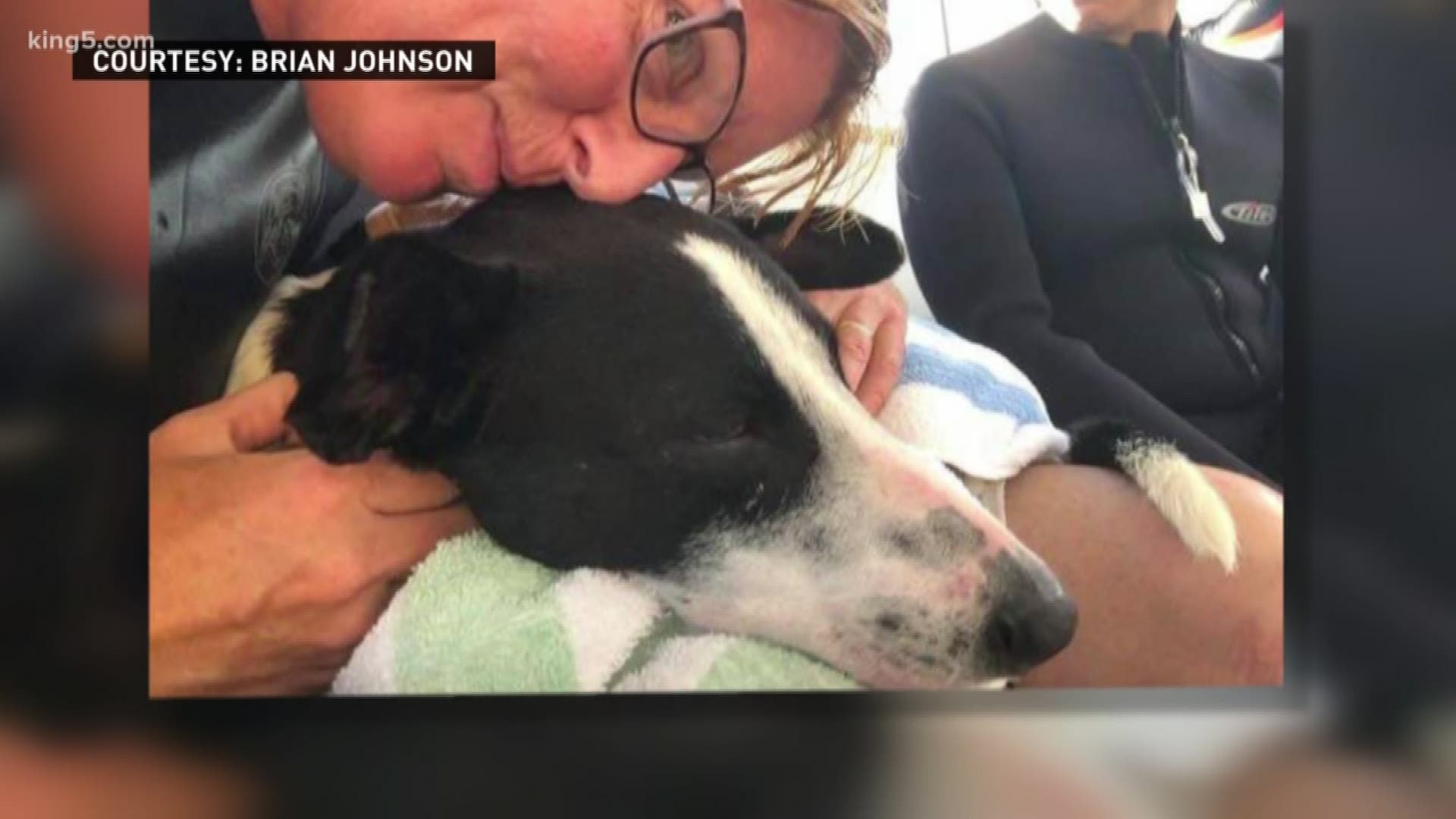 A group of divers and snorkelers from Seattle is still trying to make sense of what they call a remarkable rescue in the open ocean. They say they found a lost dog bobbing in the water, several miles from shore.

“Way out in the middle of nowhere, just flat water as far as you could see” was how Christine Simon described the scene on the first day of a week-long diving trip in mid-October in Belize. She was part of a group participating in Diving For Life, an annual event that raises money for LGBT health causes.

Simon and Jack Johnson say they were ready to jump in the water when Johnson noticed something in the distance.

“I just happened to look out and see like a little bird's head bobbing in the water, and before I even noticed it, someone next to me said, ‘Oh my god, it's a dog!’ And we all just sprung up, and we looked out there, and there was this poor dog swimming out in the water for his life,” Johnson said.

They say one of their companions dove in, scooped him up and brought him on board.

“He was shaking,” Simon recalled. “He didn't stop shaking for two hours actually.”

A veterinarian who happened to be in the group examined the exhausted dog. Overall, it was in pretty good health.

“How is this even possible?” Johnson still wonders. “This poor animal out there in the ocean. He must've been swimming for hours, who knows, or maybe even a whole day.”

Back at the resort, word spread fast. Bob Bozarth and his husband Brian Johnson dashed outside to see the miracle dog, now named Lucky. It was love at first lick.

“We were both just like, ‘We have to get this dog!’” Bozarth said. “I have to adopt this dog.”

The Placencia Humane Society took Lucky in and tried to track down his owner. They put up flyers and social media posts, but no one came forward.

If all goes as planned, Lucky will be on a plane to Seattle by Thanksgiving, ready to settle into his new home with Bozarth and Johnson.

“If that dive boat had not have stopped exactly where it stopped, we wouldn't have Lucky as potentially being part of our family,” Johnson said. “I think it was meant to be.” 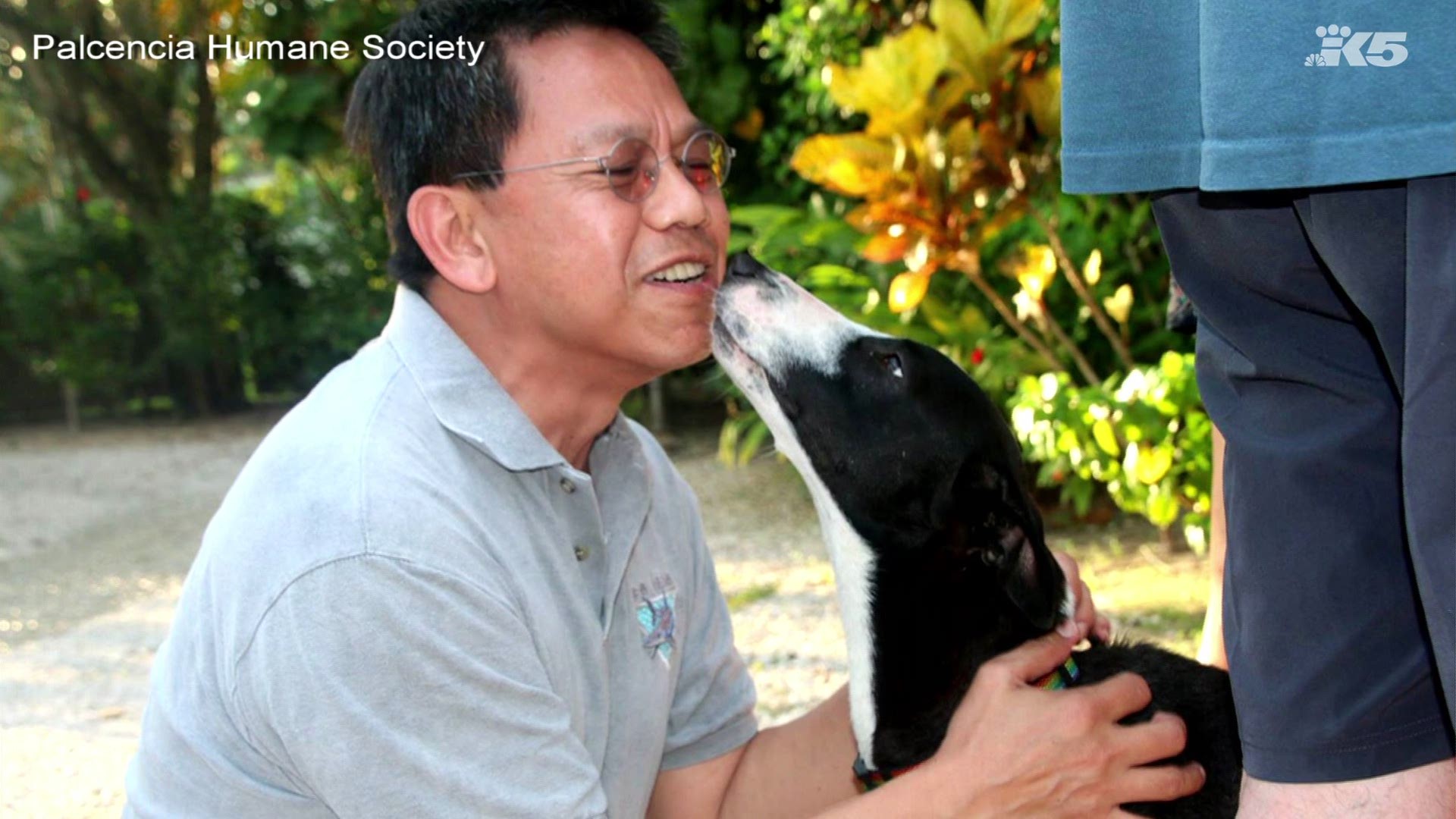