A KING 5 viewer captured the attempted rescue on video. 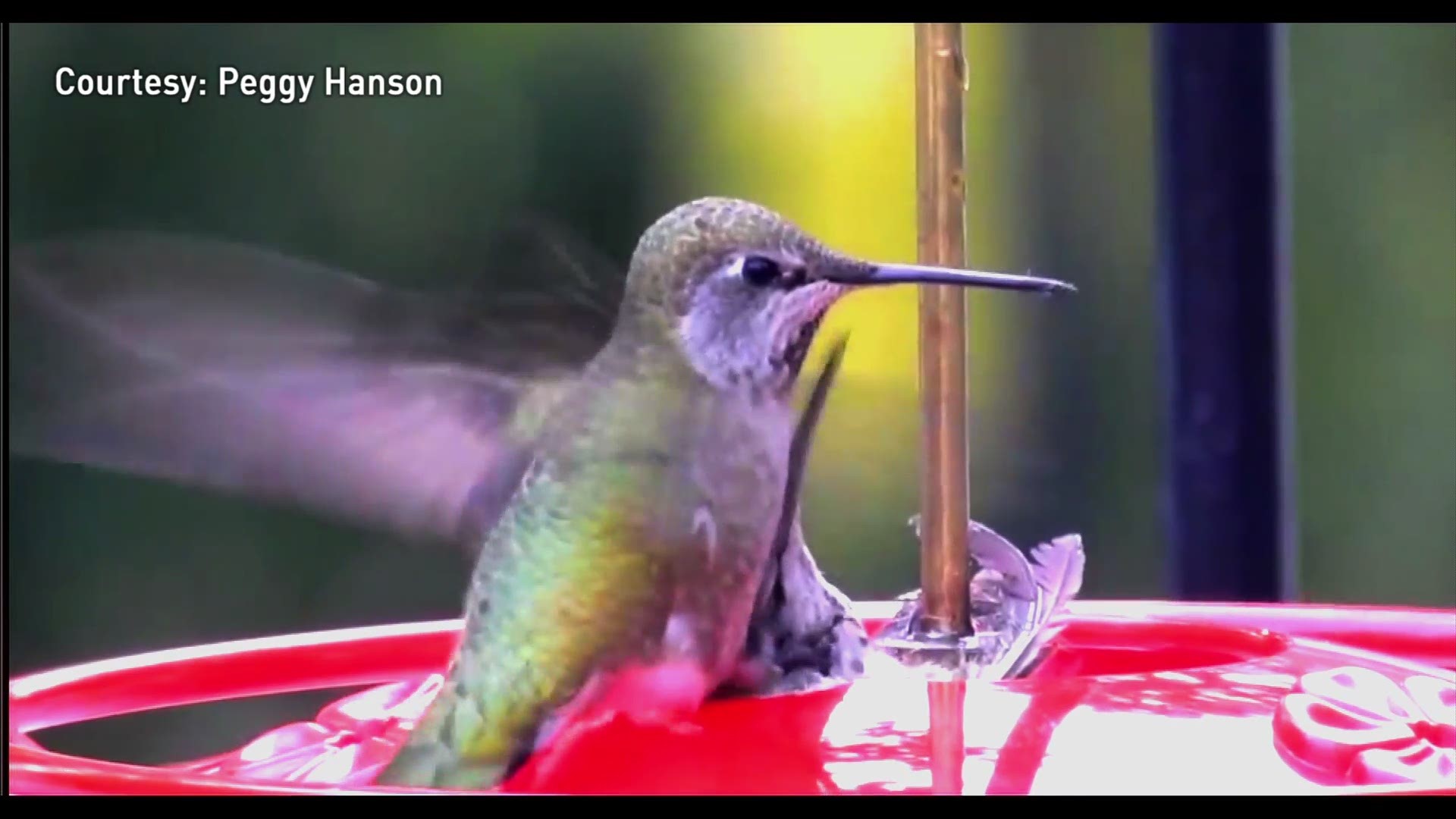 Who said that animals don’t have emotions?

KING 5 viewer, Peggy Hanson from Sequim, saw a pair of female Anna’s Hummingbirds at her feeder yesterday and captured one attempting to rescue the other on video.

One hummingbird somehow got stuck in the center well of the feeder, and the other hummingbird can be seen trying to pull her out with her feet. She may have gotten stuck because of ice or sticky sugar water. Hanson said that she brings the feeder in at night and tries to keep it warm with hand warmers when its outside.

RELATED: Tips for feeding hummingbirds in the winter

After Hanson took the video, she called Discovery Bay Wild Bird Rescue who told her to bring the feeder inside. Once the feeder and hummingbird were brought in from the cold, the stuck bird was able to get free. Discovery Bay Wild Bird Rescue told Hanson to put the hummingbird in a cardboard box and bring her to the bird rescue, where an official said she is expected to make a full recovery.