An African serval who escaped his home in Gig Harbor has been found safe. The exotic cat, named Tango, was reunited with his owners, according to Gig Harbor Police. 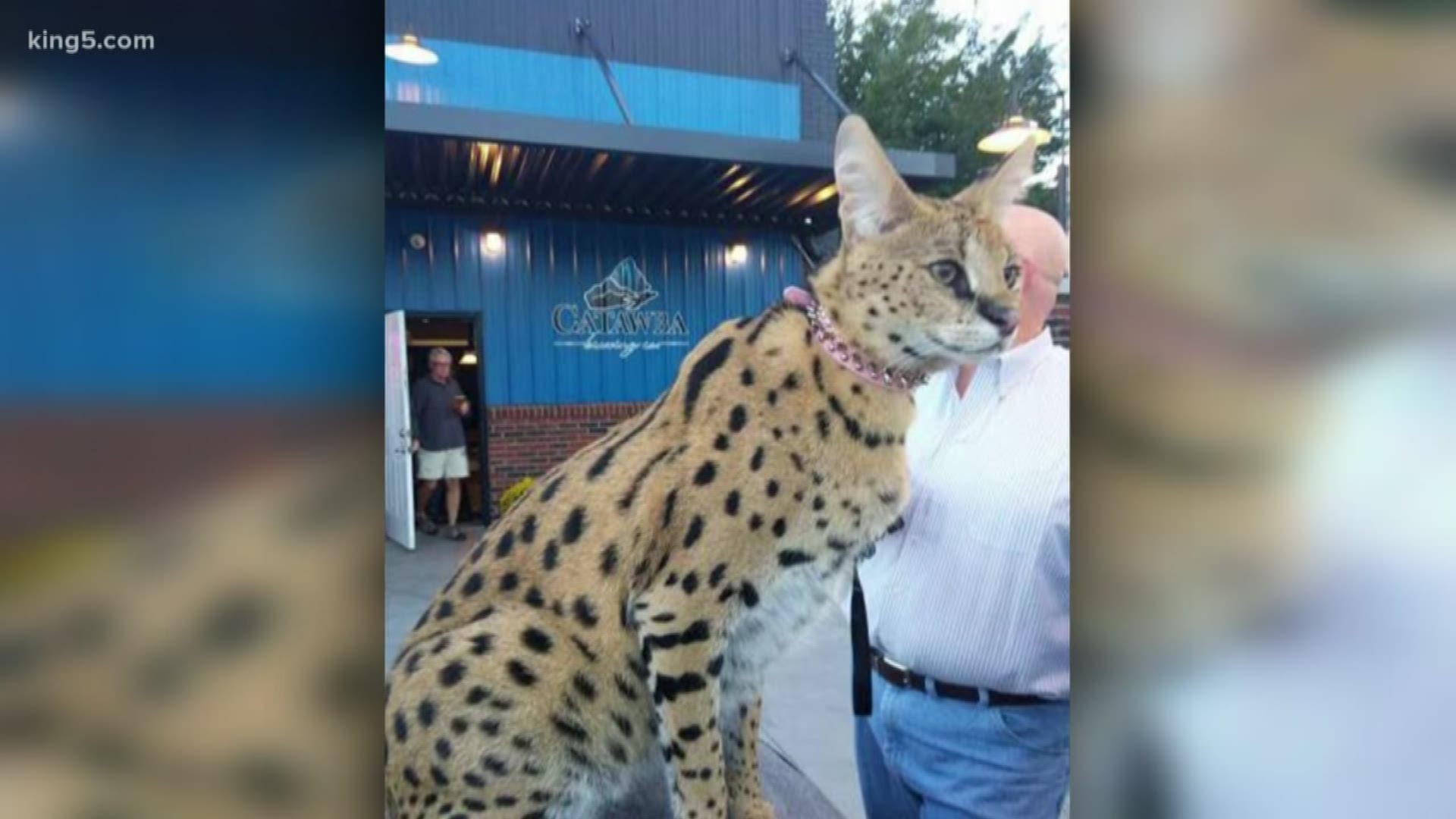 An exotic cat that got loose from his home in Gig Harbor has been reunited with his owners.

Tango is declawed and submissive to people, according to his owner Salan Weier. She said Tango would likely run away if approached, and can reach up to 40 mph for sustained distances. Tango is 6 years old and familiar with dogs, Weier said.

"More than likely, he's going to run away from everybody. He's afraid of everything," said Weier. "He's used to dogs, so dogs don't bother him. He's not gonna harm a dog."

Weier said Tango escaped Sunday morning and was spotted near a YMCA in Gig Harbor, and again near the pond at Heron's Key retirement home.