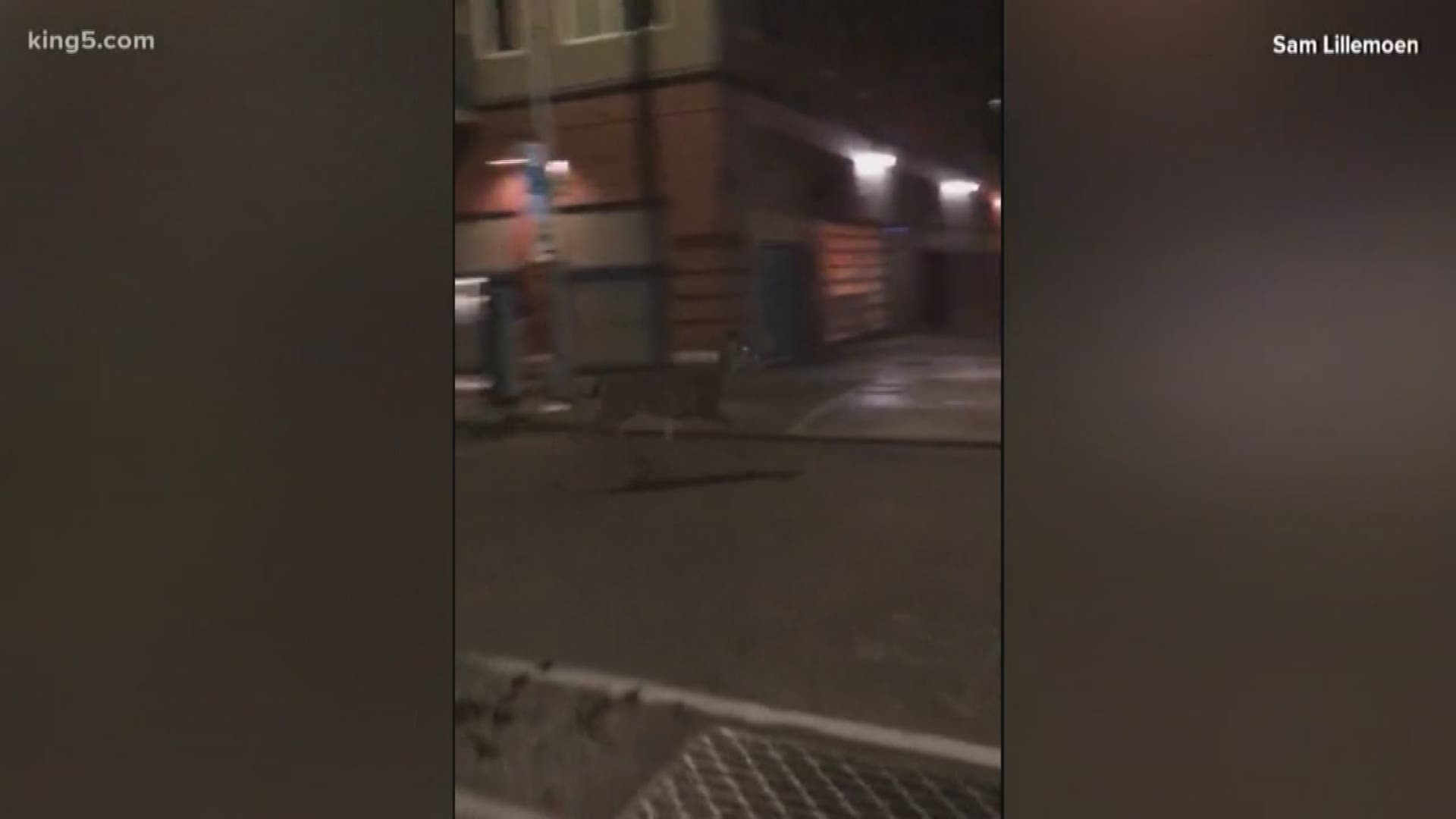 Sam Lillemoen was walking around his Belltown neighborhood around 4 a.m. Monday when he saw a deer running down the road.

"So I was going that way anyway, so I kind of followed it down 2nd," he said. "Yeah, it was just wandering around, so I pulled my phone out because nobody is going to believe me that there's a deer wandering through Belltown."

Sam has lived in Belltown for a couple years, but says this is definitely a first for him.