'The tail was up in the air': Passengers describe calm, then surprise after Delta plane slides off taxiway

The incident happened in Pittsburgh last night, and people headed to Atlanta finally made it here early Thursday morning. 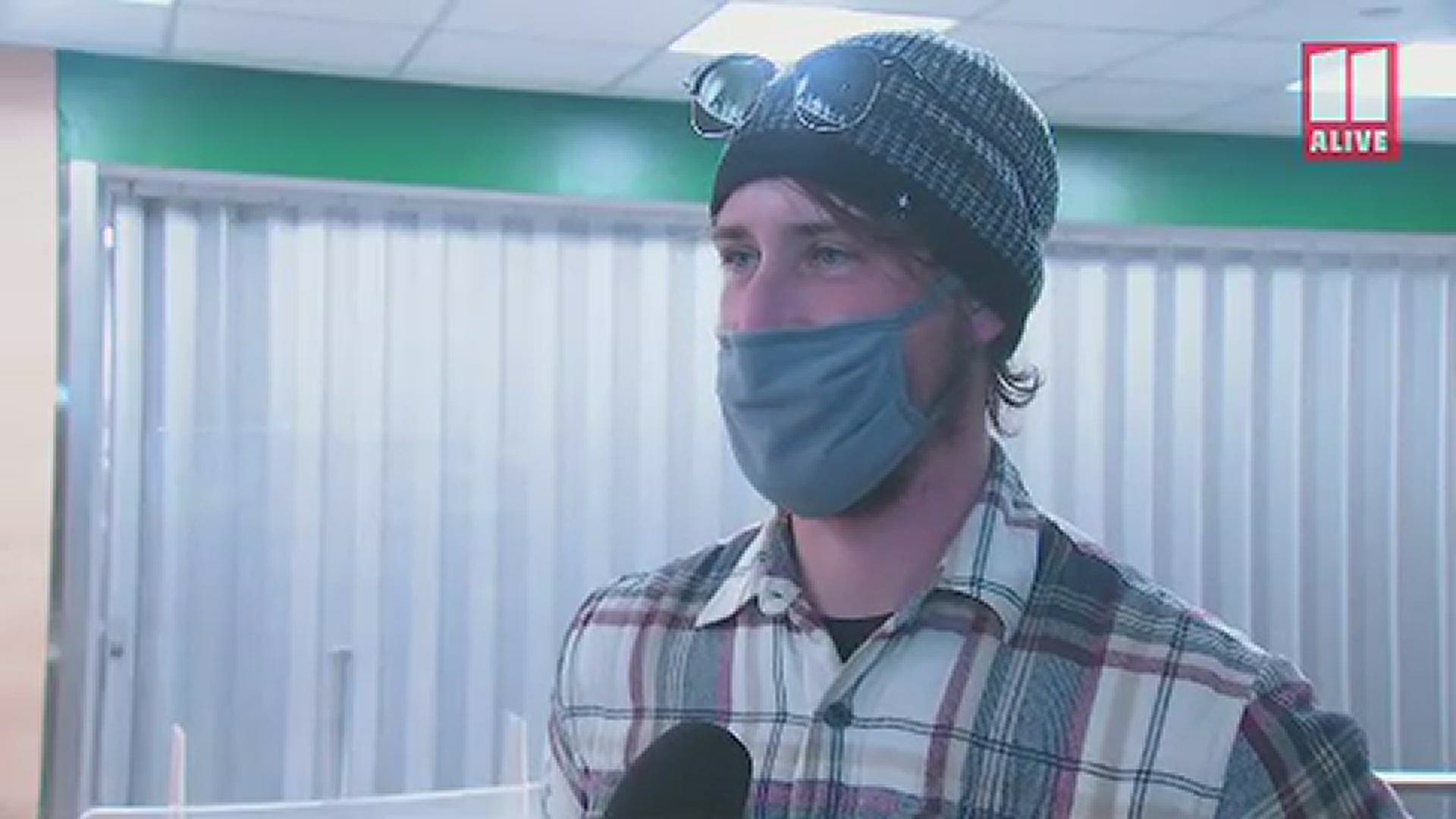 ATLANTA — Passengers arriving in Atlanta early Thursday morning described a generally calm atmosphere aboard a Delta flight that skidded off the taxiway before it could take off in Pittsburgh last night, and then shock once they got off the plane and saw what the full situation looked like.

According to an airline spokesperson, Delta flight 2231 was taxiing around 6:30 p.m. prior to departure when the Boeing 717 plane "exited the taxiway paved surface."

Photos showed the nose of the plane had tipped down a small hillside off to the side of the taxiway.

Passengers who spoke to 11Alive and NBC News described "shock" at seeing the position of the plane when they eventually got off after about two-and-a-half hours.

"They told us that we went off the runway, but I've never been in a situation like that so I didn't think anything of it," passenger Sam Robinson told NBC News. "I just see how close we were to the ravine on the side, but once I got off the plane they told us that the nose was actually over and going down into the ravine. So, it definitely was, pretty much a shock because I wasn't... I've never really experienced anything like that and not really getting updates and things like that was kind of scary. A few people started to get a little frantic, and thankfully people started to calm down."

Another passenger, LaRhonda Gray of Atlanta, told 11Alive at Hartsfield-Jackson International Airport that she was thankful to be back home.

"I didn't know what happened, I was kind of falling asleep as we were taxiing to the runway but it just felt like I thought we hit a snow mound or something like that," she said. "Come to find out it was a little bit more than what I thought. I didn't know the extent until after I got off the plane and saw the plane pretty much tipped into the ravine."

She described a generally positive atmosphere in the plane while they waited to get off.

"People were laughing, people were talking and then when we got off the plan we realized, 'Oh my God.' Like, whoa, the plane is tipped into the ravine," she said. "That's when it kind of got real. But other than that, the crew was great, the pilots were great, and knowing how bad it was - that wasn't the environment in the plane. Everybody stayed calm, everybody was cool."

Another passenger arriving in Atlanta, William Dunn, said "it wasn't scary" and that people were generally in good spirits, even offering to let others in more of a hurry get on the first shuttle that arrived to take them back to the terminals.

"It was a whole lot of waiting around," he said. "The crew handled things very well. If there was a broader emergency, they did a good job hiding it."