Taking light rail to the arena? Here’s how to avoid parking fees at Northgate

Various restrictions and fees for parking near the new Northgate light rail station have some transit users paying extra. 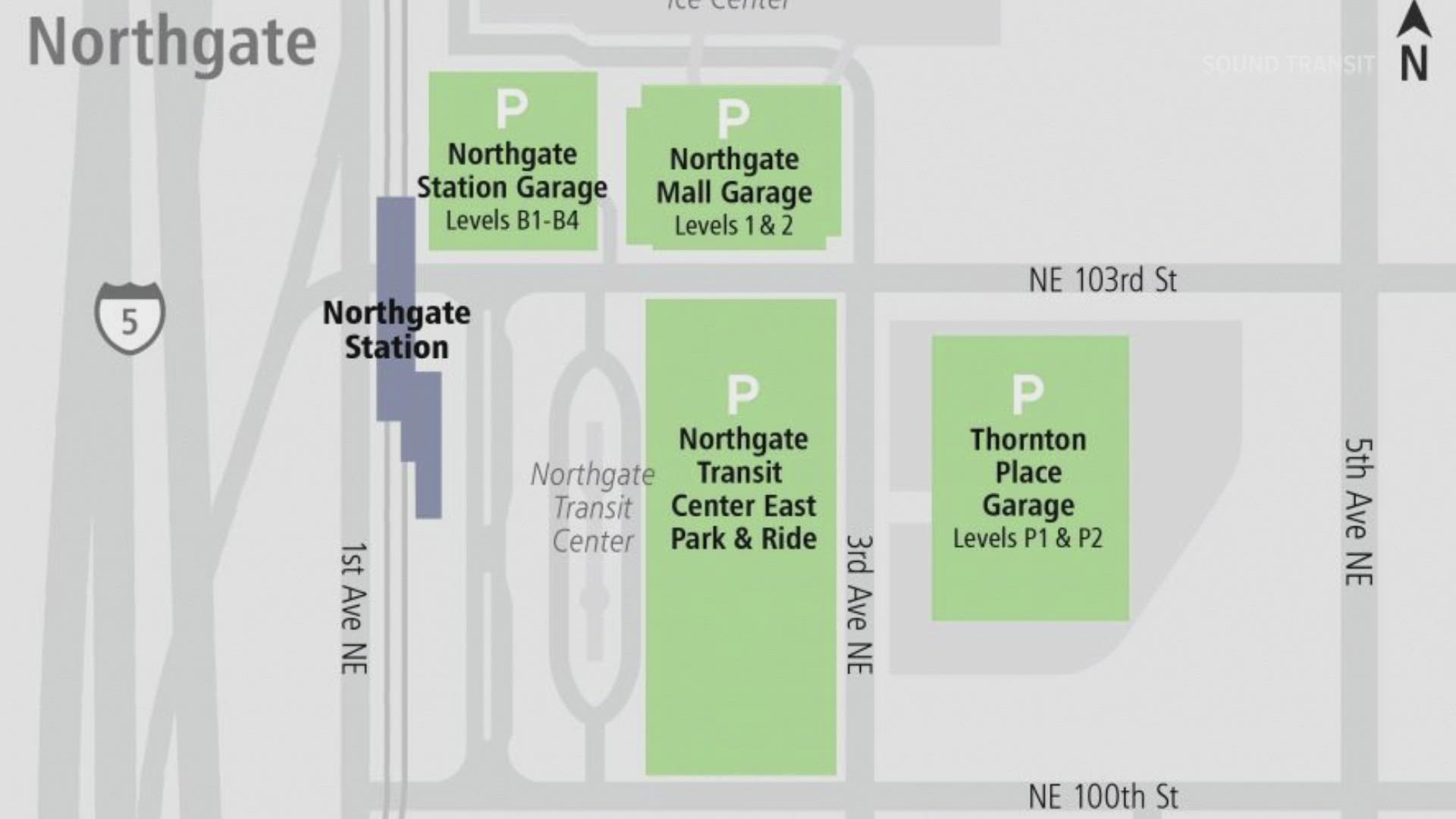 However, many transit riders looking to use the new convenient way of accessing downtown are frustrated and confused over parking.

North Seattle resident Dana Twight used the light rail to get to a show on the Seattle Central College campus when the new station first opened.

However, when Twight drove to the new station, she said she first went to a lot that asked drivers to scan a QR code. Twight said the code didn’t work, so she went on into the garage where signs told visitors to pay $20.

She paid the $20 and went on to her see the show, but said the experience was “very disappointing.”

“Living north as I do, I was like, ‘Oh wow, I can take the light rail, and it won’t cost anything to park,’” she explained. “There weren’t any signs directing you for that to do. Like, ‘Hey, if you’re getting on light rail, park here.’”

The confusion Twight and many other light rail riders are voicing is due to some complications where Sound Transit provides free parking for the station but Northgate shopping mall implements parking fees during events.

According to the Sound Transit website, there are four parking garages available for transit riders with spaces that are free and some that could cost drivers.

Just north of the light rail station across NE 103rd Street, Levels 1 and 2 of the Northgate Mall Garage Park & Ride and levels B1-B4 of the Northgate Station Garage are available free of charge for transit riders.

However, the roof of the Northgate Station Garage is reserved for those going to the mall, and transit riders will have to pay a fee.

Thornton Place Garage Park & Ride, located about a block east of the transit center, has spaces available on floors P1 and P2 that are designated with orange numbering and orange columns. Other spaces may require a fee.

Although the available parking options are listed online, transit riders like Twight think the situation would benefit from more signs directing drivers.

“Just to have a little thing that says who owns the garage, what's the policy,” Twight said. “Or maybe even a nice person in a vest.”

Still confused? Head to the Sound Transit website for a breakdown of each parking option for the Northgate Station as well as other light rail information.