“I’m more concerned about that than COVID," said one Broadview-Thomson K-8 parent about the encampment. 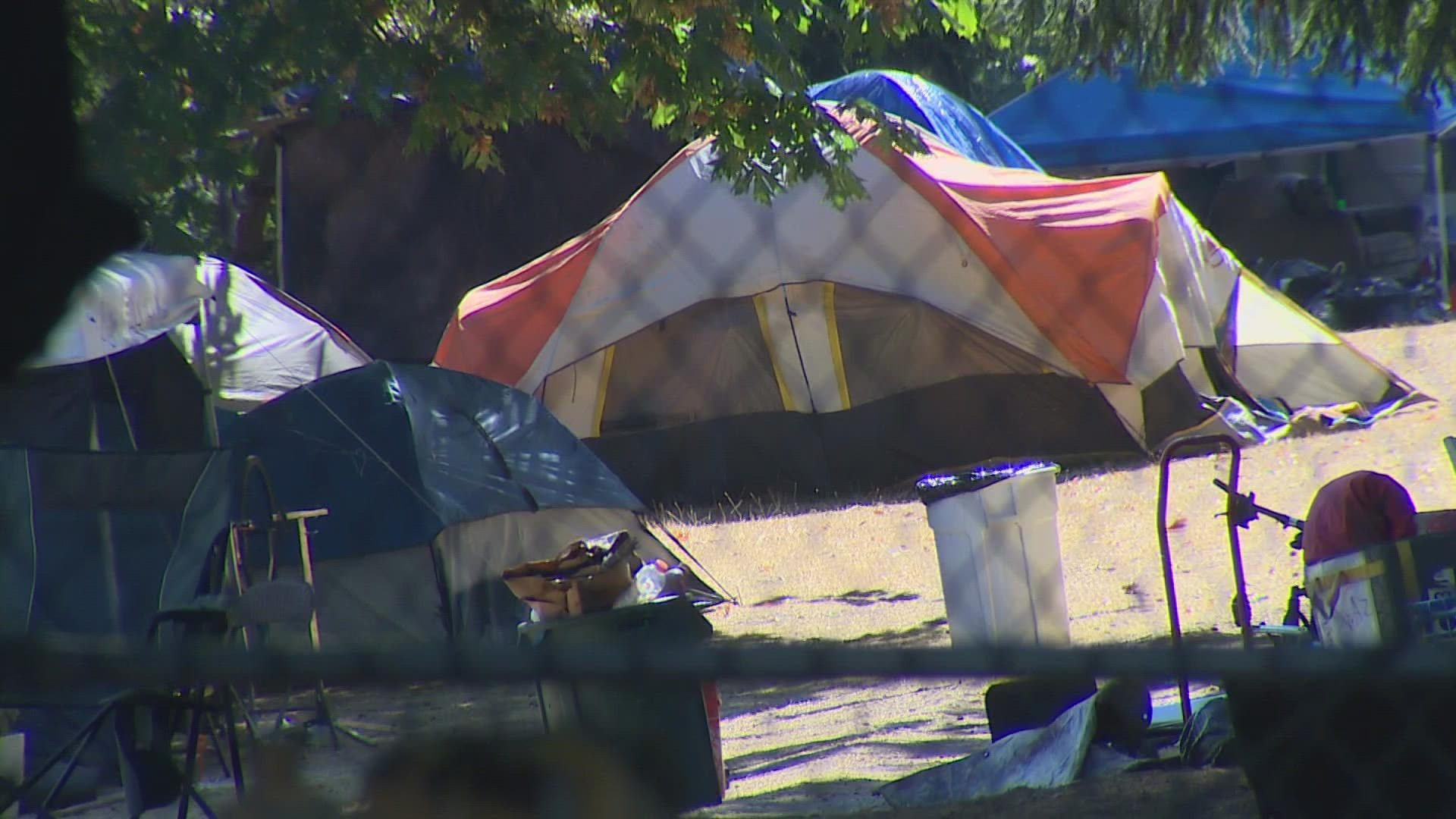 SEATTLE — Back-to-school jitters are mixed with anger and frustration for some Seattle Public Schools (SPS) parents after a homeless encampment near Broadview Thomson K-8 school hasn’t been cleared in time for the first day back to class.

After months of back-and-forth between the city of Seattle and SPS, an encampment near Bitter Lake remains on school district property despite parents, teachers and neighbors begging them both to do something about it.

At one point in June, the encampment was as big as nearly 40 tents.

The school district acknowledged Wednesday it did not meet the timeline given to city officials, residents, and parents about clearing out the camp.

Seattle School Deputy Superintendent Rob Gannon said the district is actively working on a solution with city and county leaders, but a "timeline is not certain" for removal of the encampment. He acknowledged that the situation is complex, and the disappointment that many feel in the lack of a resolution.

"The school district has failed on a massive scale," said Bitter Lake resident Bill Steele, who was walking in the adjacent neighborhood and found a used needle. He's been complaining, along with his neighbors, for several months now.

“I’m more concerned about that than COVID," parent Marci Boyd said. "We live right there, so we’re affected by it. Not just the school, but the community center where the kids play. And then we’re also having issues on our street where we live. I attended the meeting last week, and it really just didn’t go anywhere. So, a lot of us parents are pretty fed up and just feeling really frustrated about it not being taken care of.” 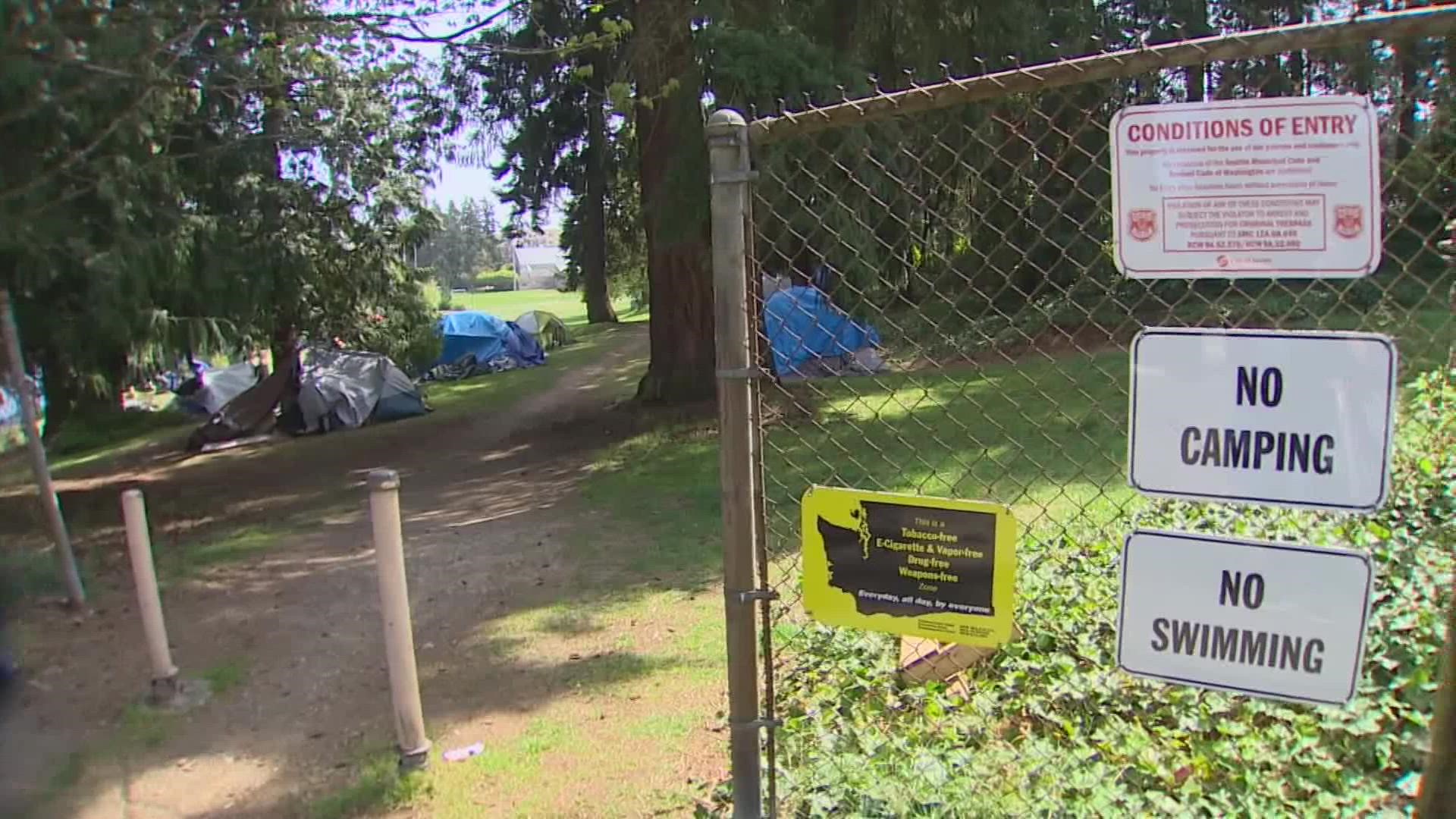 The responsibility of removing the camp has fallen firmly in the lap of SPS, which has partnered with the new organization called Anything Helps to provide outreach to those living in the camp.

The school district released a statement Friday saying the camp is unauthorized and unsanctioned, but it is committed to completely removing it. The district's statement noted that the pace of the removal is tied to the time it takes to provide services and support to those experiencing homelessness.

According to Anything Helps' website, the non-profit looks to leverage a Zillow-hosted service called Housing Connector to connect campers to permanent housing options.

The school has extra safety measures in place, like fencing, gating and security. Boyd said that’s not enough.

“So, okay we’re just working around the problem, accommodating them instead of going to the heart of the issue, which is finding them another place. So, I just—that doesn’t comfort me at all,” she said.

While the district is working with Anything Helps, it has not given a timeline for when the encampment will be gone.

SPS Superintendent Brent Jones didn't have an answer when asked Wednesday outside Wing Luke Elementary in south Seattle during a news conference on when the encampment would be gone.

"We are working diligently, and we have partners to make sure that we are focused on making sure our students are safe. Making sure they come into safe and healthy buildings," he said. "We’ve done a lot to mitigate any concerns people have about real safety issues around our students. But we are working that issue. We’re not done yet, but that is something that’s really important for us to continue to manage."