Panic buttons, like the one used in after a stabbing and abduction in Spokane Valley on Tuesday, can lead to a quicker emergency response. 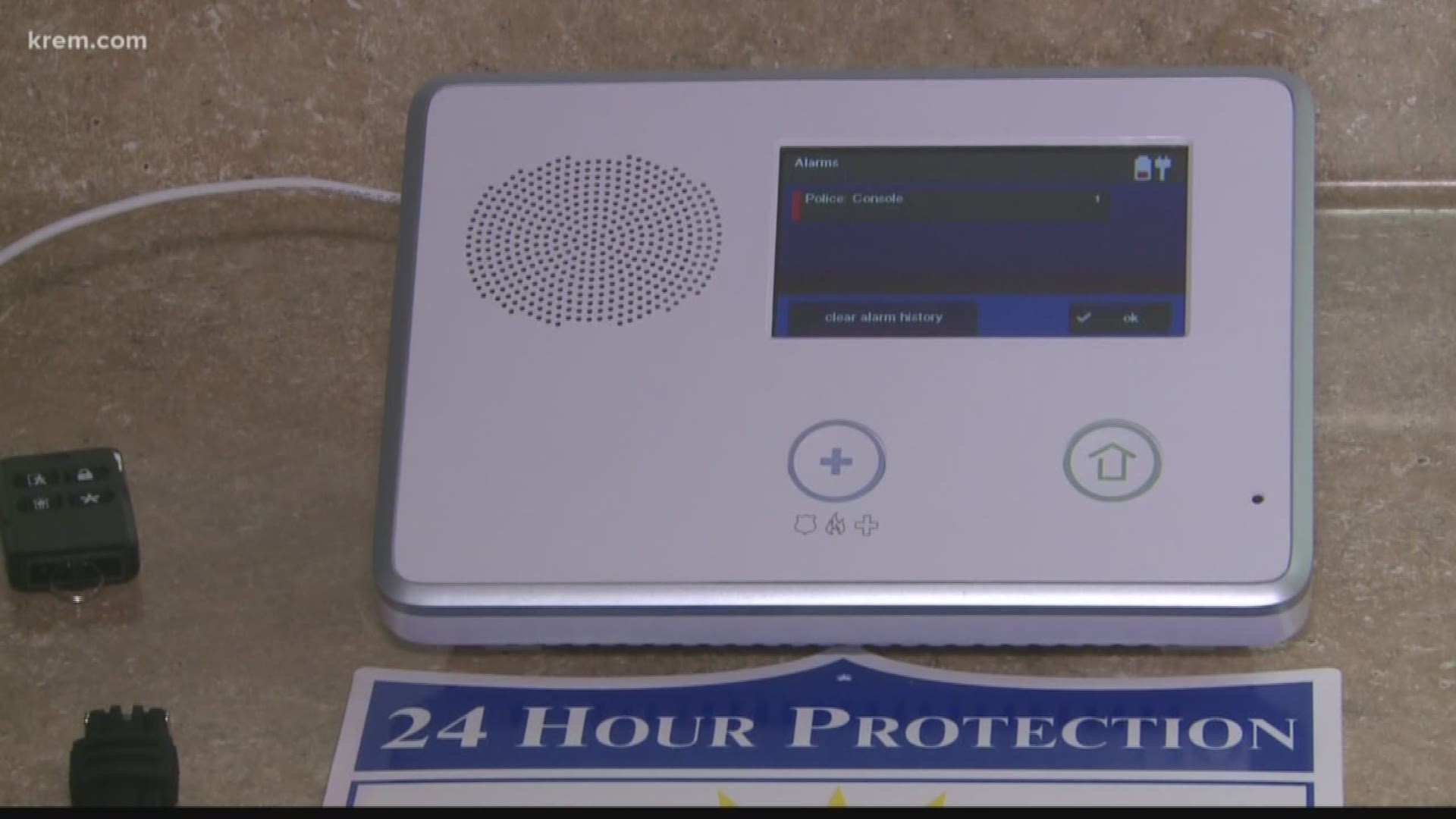 SPOKANE, Wash. — Investigators are crediting a home alarm system with alerting authorities of Tuesday's stabbing and subsequent abduction at a Spokane Valley home.

Mark Gregory, a spokesman for the Spokane County Sheriff's Office, described a "panic alarm" being set off at the East Blossey road home around 5 a.m. on Tuesday morning.

Panic alarms, or panic "buttons," are fairly commonplace in most home security systems, according to a Spokane security business.

"It's great to be able to contact the authorities through that method," said Mike Crouse, owner of Total Security in Spokane.

In the 25 years that Crouse has installed home security systems, he said that panic buttons have remained a fairly standard feature.

In most cases, once a homeowner triggers a panic alarm, the homeowner's security system sends a cell signal to a monitoring system operated by the system manufacturer, Crouse said. The company's operators then contact local dispatchers.

"If it's a panic button, they handle it differently," said Crouse of a security manufacturer's response to the system.

RELATED: Explainer: What are the steps of issuing an AMBER Alert in Washington state?

For example, if a homeowner's system is tripped by a burglar, explained Crouse, the security company may make a couple of attempts to contact the homeowner before alerting authorities. When a panic alarm is initiated by a user, though, it prompts a different response.

"With a panic button, they don't really know what's causing that. So [the security company] is going to take it as a higher priority and roll towards dispatch," Crouse said.

Crouse added that panic buttons are commonly found on either wall-mounted or counter-top security system controllers and keypads. The buttons can also commonly be found on key fobs associated with the security system.

Crouse, a victim of burglary himself, says he's heard instances of his customers using panic buttons and alerting authorities to intruders.

"It feels awesome," he said.

In one instance, one of Crouse's customers used a wrist-watch life-alert style health monitor to alert police that someone had broken into her home.

"That's not often used. But my gosh, what an awesome situation and an awesome outcome," Crouse said.