Adoption agency meets online dating in the Seattle-based startup PairTree, which makes matches based on personality traits and an algorithm. 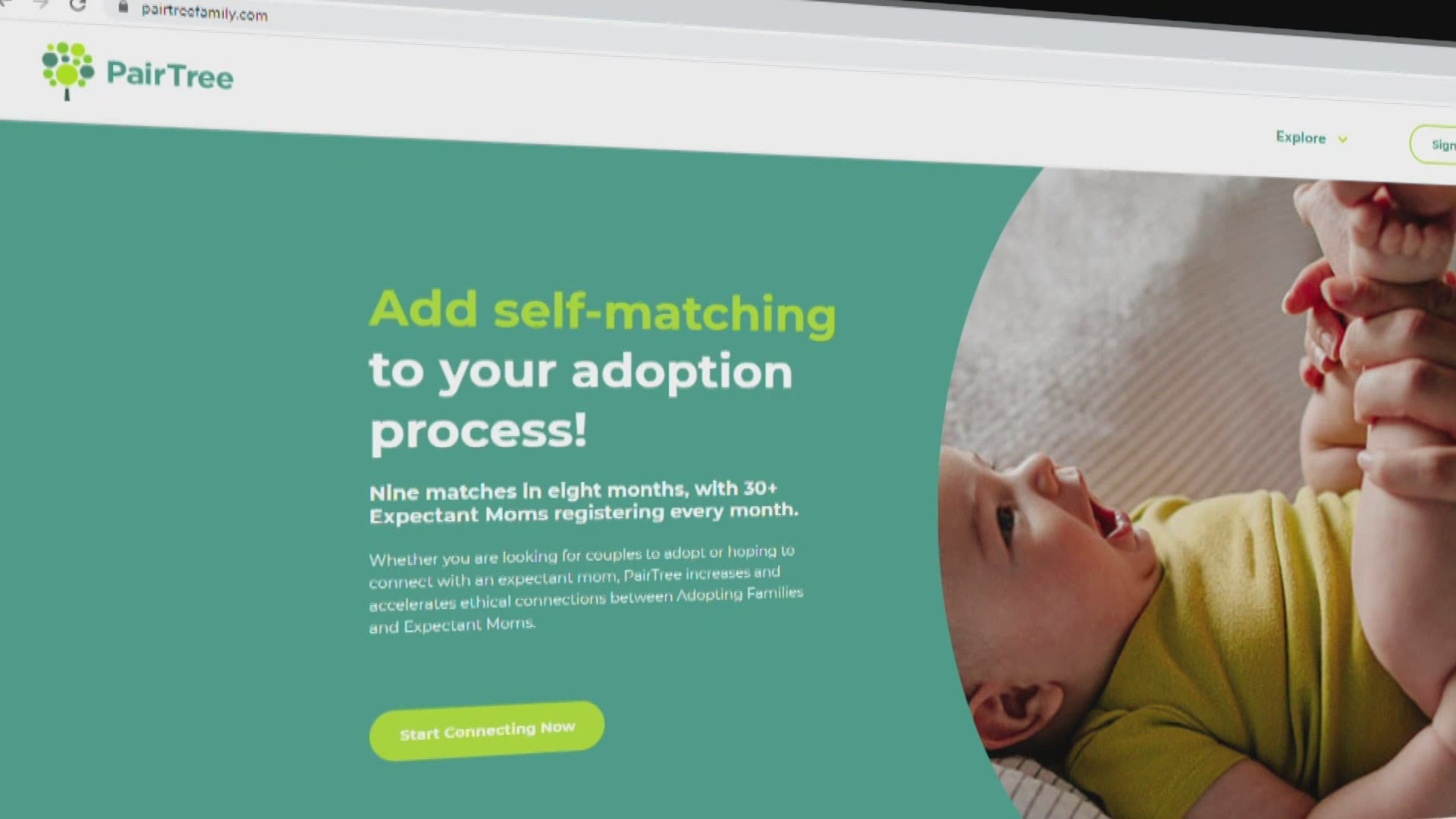 SEATTLE — Barret Anspach and Seth Garrison are going through all the emotions that first-time parents have as they anticipate the arrival of their new son.

Becoming parents is something they’ve been dreaming about since their first date.

“I think we talked about it in the first conversation we ever had,” said Anspach.

The couple chose to adopt, but instead of using a traditional agency, Anspach and Barret used a self-matching process through a new company called PairTree. Self-matching directly connects expectant mothers with adoptive parents through profiles, much like a dating site.

“I think the most important thing you have to do is be really honest about who you are and let those people find you,” said Garrison. “I think what it really did was it allowed us to be paired with a mom who really vibed (with us) in a good way.”

The Seattle tech startup was founded by Erin Quick, who went through her own fertility struggles before she adopted her two kids through a self-matching agency.

She was inspired to create a more modern approach to adoption with PairTree, where matches are made based on a proprietary algorithm and personality traits.

“We put our adoptive families through somewhat of a personality test. Which personalities are you most drawn to, and that gives them some indication as to what that family or the future with that family might look like,” explained Quick. “They both have to say, 'I pick you,' in order to be a match and continue on. It's extremely similar to online dating. They have a messaging platform built in. And so they connect that way and then decide whether or not they want to continue with the relationship or meet other people on the platform.”

RELATED: Transracial adoptees say their parents need to talk to them about race

Quick says because 95% of adoptions are open adoptions, a personality match is that much more important because families will likely remain connected for the rest of their lives.

Compared to a traditional approach, self-matching adoptions are faster and less expensive. Because birth mothers and adoptive parents connect directly, there is no middle man. Adoptions that would normally take up to two years take about nine months with self-matching. The cost drops from $60,000 to $15,000, which allows more families to afford adoption.

Both parties go through identity verification, and adoptive families have to undergo a home study with an approved social worker. After the connection is made, adoptive parents then use an attorney or agency to finalize the adoption.

More than 1,600 adoptive families and more than 275 expectant moms have registered since PairTree started nine months ago. Ten matches have been made so far, and Garrison and Anspach are one of the success stories.

They are now in the Midwest with the expectant mother, waiting for the birth of the baby, which is due May 21.

“I don’t really know that I have words for how thrilled I am getting to meet this little baby,” said Anspach.