A group of people spent the day leaving messages of hope along the bridge, hoping to change its dark past. 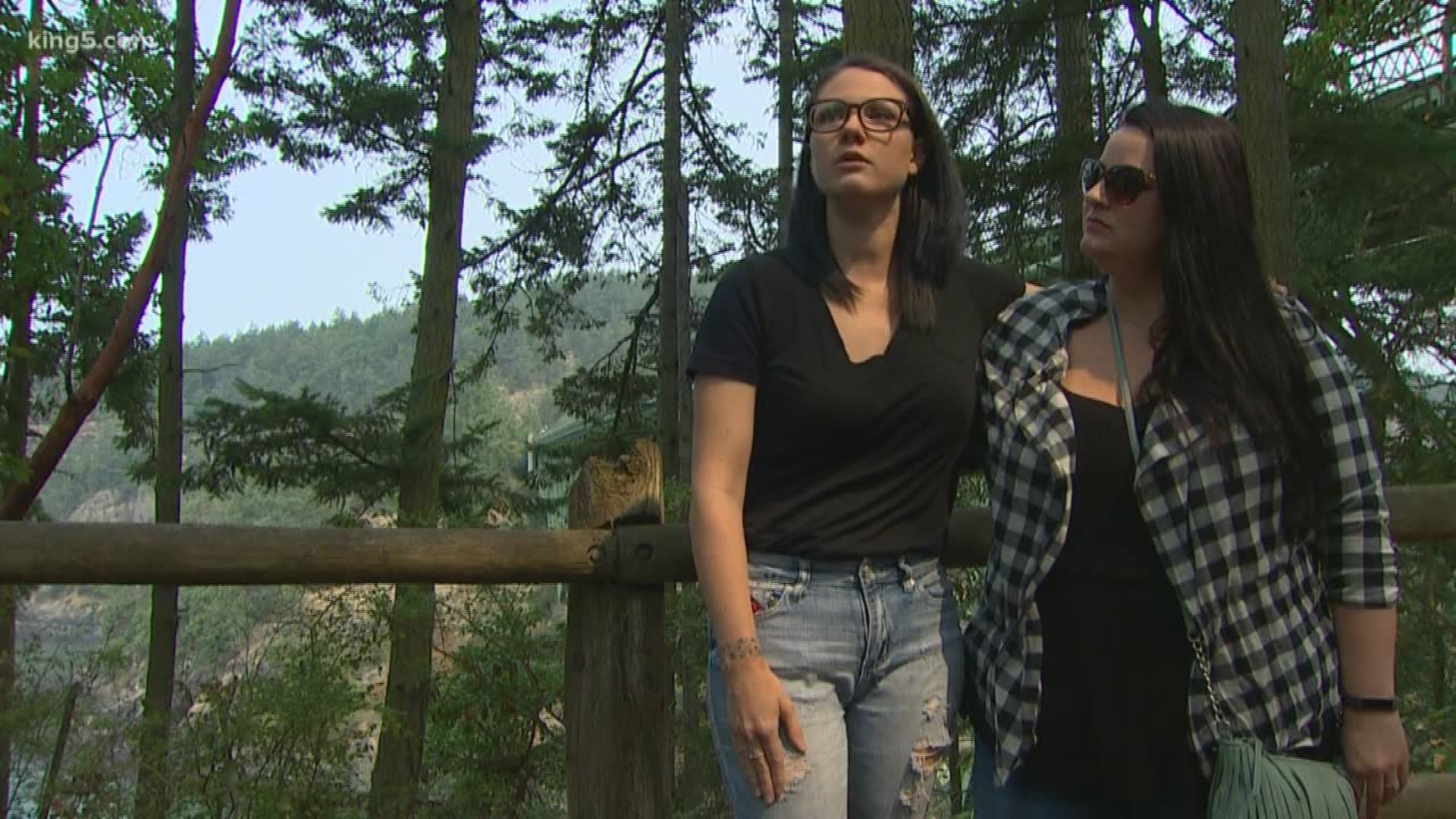 The Deception Pass Bridge is one of the most beautiful spots in the Northwest, but it also holds an ugly, dark history.

"It does add a tinge of sadness every time you cross," said Kelsey Flynn as she walked across the bridge, Monday.

When she passes over the bridge, Flynn doesn't just see the beautiful view. She knows the depths of its despair.

Flynn has struggled with depression and knows people who have succumbed to its darkness.

Flynn is among those hoping to provide that way out.

On Monday, she and about a dozen others placed rocks along the bridge's narrow walkway. The painted stones spread messages of hope, urging those having suicidal thoughts to seek help, and remind them that they are loved.

Those rocks have since been moved, however.

According to a park ranger, it was OK for the group to place the rocks near the entrance of the bridge -- some were placed on pedestrian walkways, possibly violating state rules. The rocks were not removed by a ranger and some believe that people visiting the bridge took the rocks with them as souvenirs.

"I know that if I didn't have my support of my family, friends, and faith I wouldn't be here," Flynn said prior to the removal of the rocks. "I wanted to share that through these rocks."

"If someone finds a rock maybe it will be a sign to them that there are greater things ahead," added Jessica Draxten.

After seeing a YouTube video of a teen successfully saving lives by placing inspirational signs at a bridge in England, Kelly Harold formed a Facebook group that launched the rock painting campaign.

If nothing else, she hoped the rocks would help start conversations with people considering killing themselves.

"Because the more people feel heard and understood and are able to talk openly about these things, the less power they will actually have over us," said Harold.

"Sometimes it just takes a split second, somebody saying the right thing, or seeing something that snaps you out of that place," said Flynn.

If you or someone you know needs help, call the National Suicide Prevention Lifeline at 1-800-273-8255. Experts are available to provide assistance 24 hours a day.