The business owner tells the New York Times that after he spoke out about the lack of police response to a burglary in June, a website labeled him a snitch. 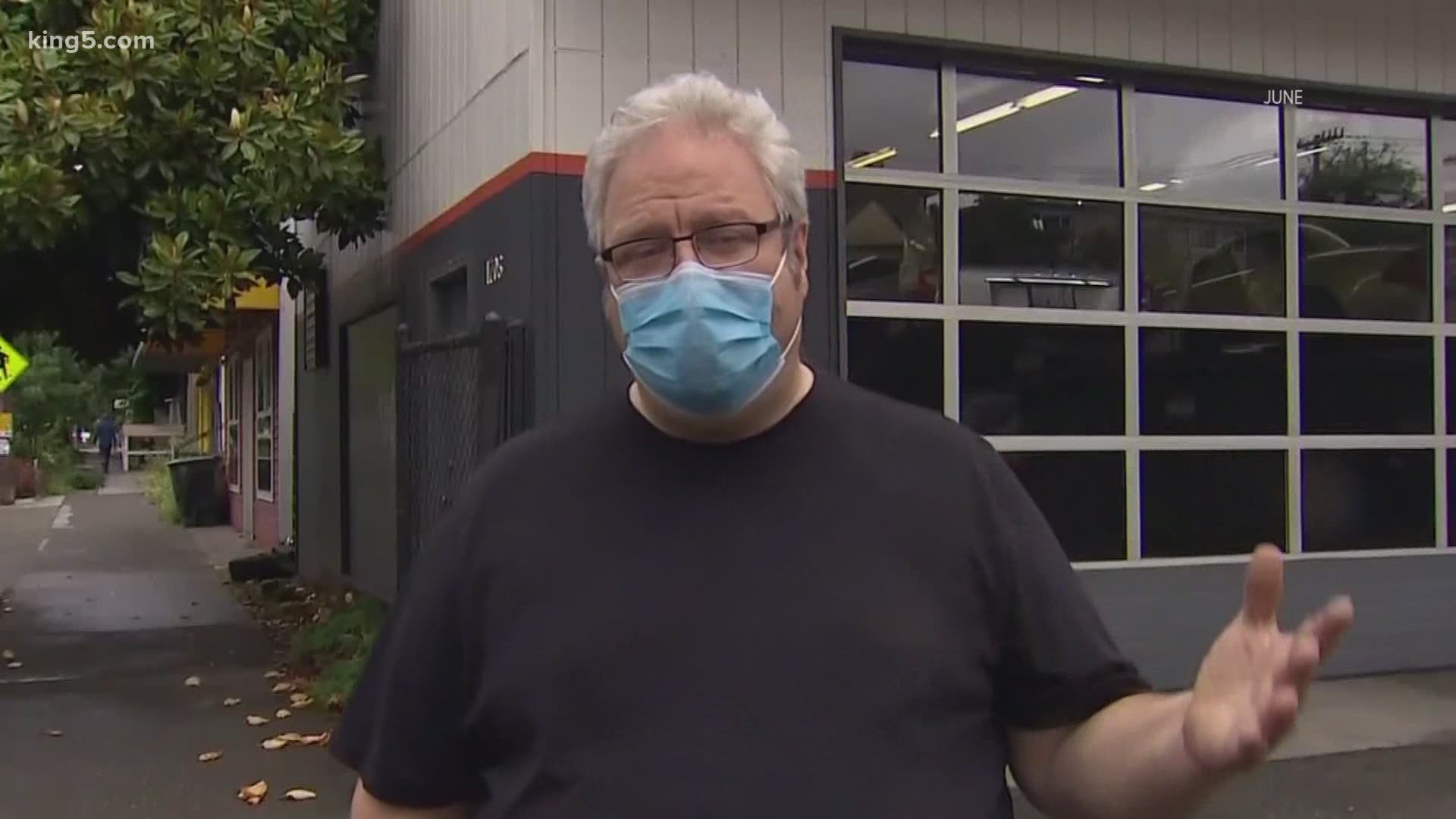 SEATTLE — Back in June, a Seattle business owner said police never responded to a burglary at his auto repair shop near the so-called Capitol Hill Organized Protest (CHOP) zone.

That owner told the New York Times this week that the incident also led to harassment because he was described as a snitch on a website called Cop Blaster. The site posts about police and people who call police.

The post referenced what happened on June 14. A video live-streamed on the internet showed the chaos outside of John McDermott's business, Car Tender. That's where protesters briefly detained a man accused of breaking into the auto repair shop, which is located just outside of what was the CHOP Zone.

"There was no police officers on scene. I was here all night long," McDermott told KING 5 on June 15.

He said his security cameras caught a man breaking in, stealing, and attempting to set the business on fire.

McDermott said he called 911 and drove to the business.

"The way the dispatcher was talking, there was supposedly somebody on the way and nobody ever showed up," McDermott said in the June interview.

The fire was extinguished. The burglar was detained. But when no help showed up, the suspect was let go.

Now more than a month and a half later, the paper reports the post on the website has led to harassing phone calls at McDermott's business.

A class-action lawsuit has been filed over the CHOP zone, claiming Seattle city leaders and Gov. Jay Inslee failed to protect residents near and around that area.

The city has filed a motion to dismiss the lawsuit, stating that the "plaintiffs seek to hold the city responsible for the acts of private parties in and around the CHOP. However, the city is not liable for those private acts."

A hearing has not been scheduled yet.