Owners of taxpayer-funded affordable condos in Bellevue have faced complaints that they have violated the provisions of their housing agreement. 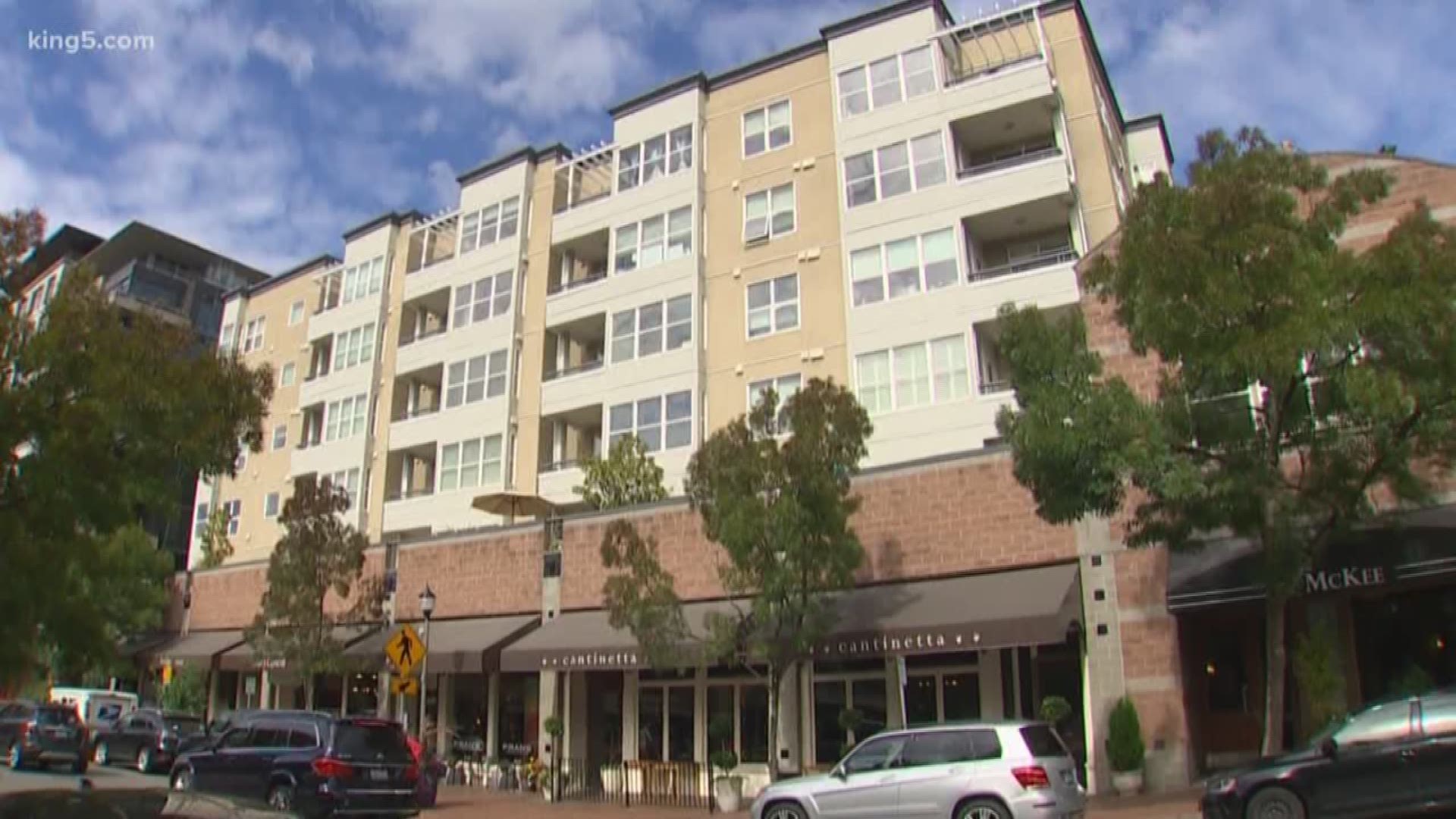 Sandy Yin was the longtime owner of a condominium in Bellevue purchased through a taxpayer-funded affordable housing program.

According to the terms of the contract she signed in 2005, Yin was required to make the condo “her personal residence and not a rental.”

But since 2012 Yin has faced complaints filed by the McKee Condominium homeowner’s association that she violated the provisions of that affordable housing agreement by renting out her unit.

“She has never resided in it,” said Laura Duncan, one of Yin’s neighbors at the McKee. Duncan said she has never seen Yin at the complex in the four years she has lived there.

Yin’s story raises questions about ARCH, A Regional Coalition for Housing, which is the largest publicly-funded affordable housing program in east King County.

Those questions echo loudly through the lush courtyard at the McKee, a 97-unit complex in the heart of the Old Bellevue neighborhood. That’s because residents believe Sandy Yin isn’t the only owner of an ARCH unit at the McKee.

They say that three of the nine ARCH-supported units in their building are just like Yin’s – owned by someone who doesn’t live there. It is a violation of the program’s all-important residency rule designed to prevent people from seeking out ARCH properties for investment purposes.

“I see our city really struggling with places for people to live and to be able to afford,” Duncan said. “It’s really hard to see these units not being utilized the way they should.”

ARCH administers affordable housing programs on behalf of 15 Eastside cities, including Bellevue, Kirkland, Issaquah, and Redmond. Since the mid-1990’s, taxpayers in those cities have committed more than $50 million to ARCH’s housing trust fund. The program also administers low-cost rental properties and supports nonprofits that work on the low-income housing problem.

The organization also helps home buyers take their first step toward home ownership, working with developers to create condos that are priced below market rate, such as the three units at the McKee.

When the McKee was built in the 1990s, the developer received fee waivers and zoning changes that made the project more profitable. In turn, that developer set aside nine smaller, less expensive units for ARCH’s affordable housing program.

In addition to Sandy Yin, Duncan says the homeowners association has concerns about two other owners who do not actually live in their McKee condos.

Records show Yan Li signed a yearlong “house sitting agreement” with a tenant in 2013 when Li left Bellevue and moved to California for a job transfer. Five years later, she still lives in California, where she purchased a home.

In a phone conversation with KING 5, Li said ARCH had approved her move.

“They gave me the approval before I put it on the market for lease,” said Li. She said she doesn’t plan to move back to the McKee for at least another couple of years.

The third unit is owned by an Olympia couple, who already owned a waterfront home in Thurston County when ARCH approved their purchase of a McKee condo in 2009.

John Aultman and Nona Snell-Aultman are both high-level employees in Washington state government and were featured in a previous KING 5 story about ARCH.

“We have the same concerns the public would have,” said ARCH Program Manager Arthur Sullivan, when asked about the three McKee condo owners.

“We are depending, at some level, on residents to be honest with us,” he said.

ARCH is now investigating each of these cases. In addition, ARCH will “undertake an extensive review of ARCH policies and procedures to determine if changes are necessary,” the agency said in a statement released Friday after KING 5’s story about the Aultmans aired.

For ARCH, Sandy Yin has been a challenge. When ARCH received the complaint in 2012 that Yin was renting out her unit, the agency investigated. Yin claimed her grandmother, who is listed on the ARCH contract with her, was ill and they needed to rent the unit out for the time being. ARCH granted a one-year waiver, but several years later, McKee management supplied ARCH with ads showing Yin continued to list her condo for rent through Craigslist and Airbnb.

“Basically, we had everything approved. I didn’t do anything against any rules,” said Sandy Yin, who is a licensed real estate agent and small business owner.

Yin did not respond to repeated calls and emails. The KING 5 Investigators found her as she walked her dog at Bellevue Downtown Park, a block away from the McKee.

“It was accepted by the ARCH program. We had it approved,” Yin said of her McKee rental.

ARCH said that is not true, and that the one-year waiver that allowed her to rent the unit out had long since expired.

KING 5 found that Yin owned at least one other condo during the same period that she owned the ARCH condo. Records show that she owned a non-ARCH unit at a condo complex a few blocks away from the McKee.

Records show she purchased her Belle Arts condo in 2007 and had listed it for rent – in addition to the McKee condo – by 2009.

In nearly 20 years of public records on file, Yin never once listed the McKee unit she owns as her residence – one of the key requirements of any buyer in the ARCH program.

Yin insisted that she did not cheat the ARCH program.

“You’re gonna have to talk to my lawyer if you need any more answers,” she said.

Yin added that her grandmother was now in a nursing home, so she had made the decision to finally sell it “so that we could give it to someone else” who needs affordable housing.

“They were notified they needed to put the unit on the market” under threat from the Bellevue City Attorney’s Office, said Arthur Sullivan.

After six years of complaints, ARCH finally forced Yin to sell her McKee condo, a sale that was completed in August.