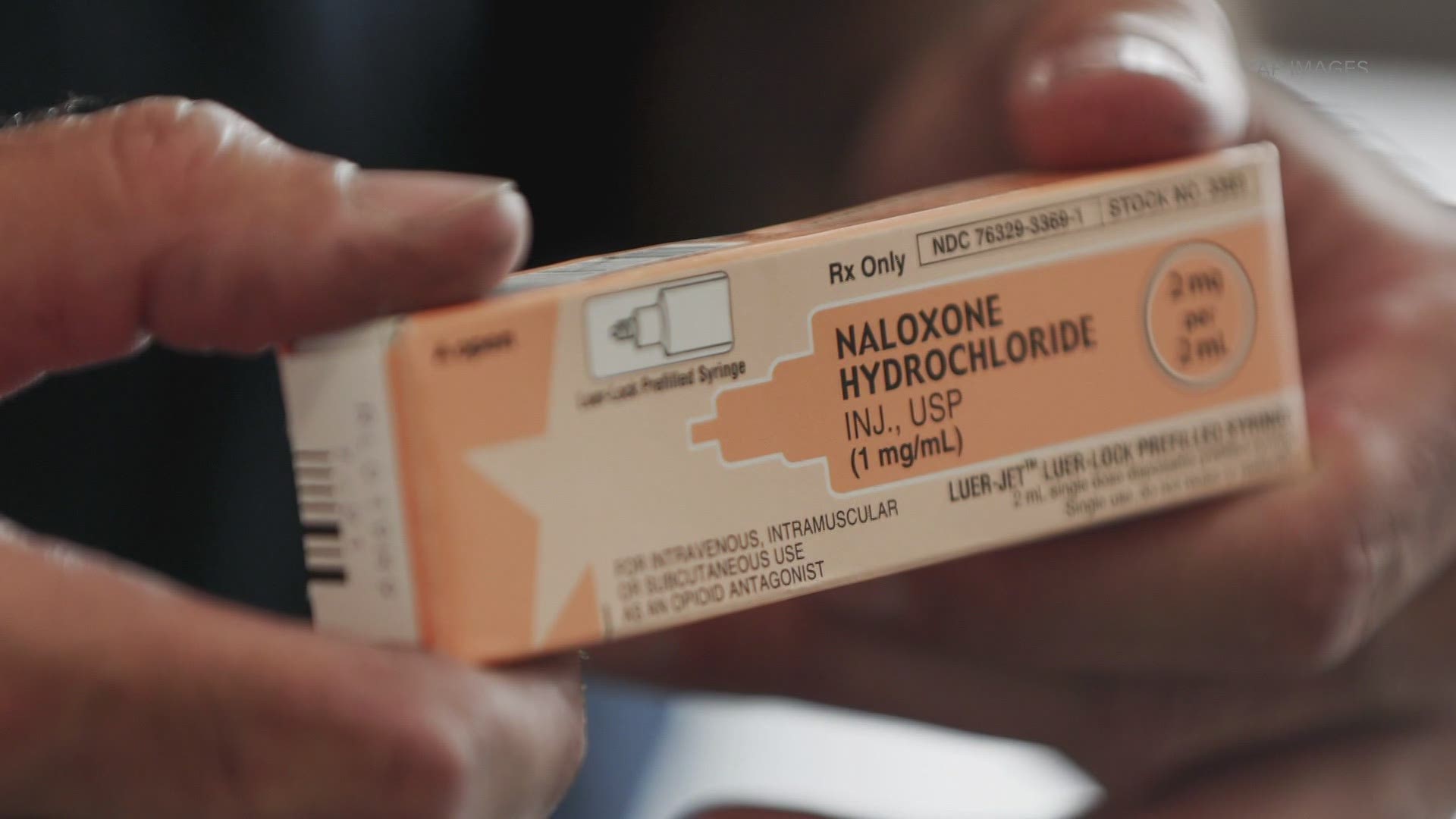 Health officials said in a news release Tuesday that cases are reaching record-breaking levels and are now urging people to carry naloxone, a drug that reverses the effects of opioid overdoses, if they plan on taking illicit drugs.

There were 418 overdose deaths in the first three months of 2021, compared to 378 during the same time last year, according to preliminary data from the Washington Department of Health (DOH). Of the 2021 overdose deaths, 46% were linked to fentanyl, with the highest rises seen among Native and Alaska Native, Latinx and Black communities.

"One concerning trend is the prevalence of young adult mortality; of the fentanyl related deaths, 55 were under 30 years of age," the news release said.

Fentanyl is a powerful synthetic opioid found in varying degrees in illegal drugs, including opioids disguised as prescription painkillers.

A single pill that contained fentanyl took the life of Colleen Gregoire's son, Bobby, who died of an overdose in October 2020, at the age of 20.

"I think that we should all be aware that the crisis we're in, and I absolutely don't want this to happen to another family. It has devastated us all," Gregoire said.

Gregoire said keeping naloxone, or Narcan, naloxone's brand-name version around the home can help in the life-or-death situation of an overdose.

"It's really important that their family, their friends, their coworkers, or acquaintances, have access to that situation," said Phillips.

Gregoire also said to watch out for warning signs such as behavioral changes in young people.

"It's so easily accessible that they might be hiding it," said Gregoire.

The state DOH said other signs of an opioid overdose include blue lips, or ashy white lips on a person of color, blue fingernails, struggling to breathe and being unresponsive to external stimuli.

Health officials also said people should be aware of what fake prescription painkiller medication laced with fentanyl could look like. They're often blue pills marked with an "M" on one side and a "30" on the other side.

Credit: Public Health Seattle and King County
An example of pills that could be laced with deadly levels of fentanyl