Clallam County is using a combination of strategies to fight opioid addiction, including detox medication in jail, drug court for non-violent addicts, and arming first responders with Narcan. 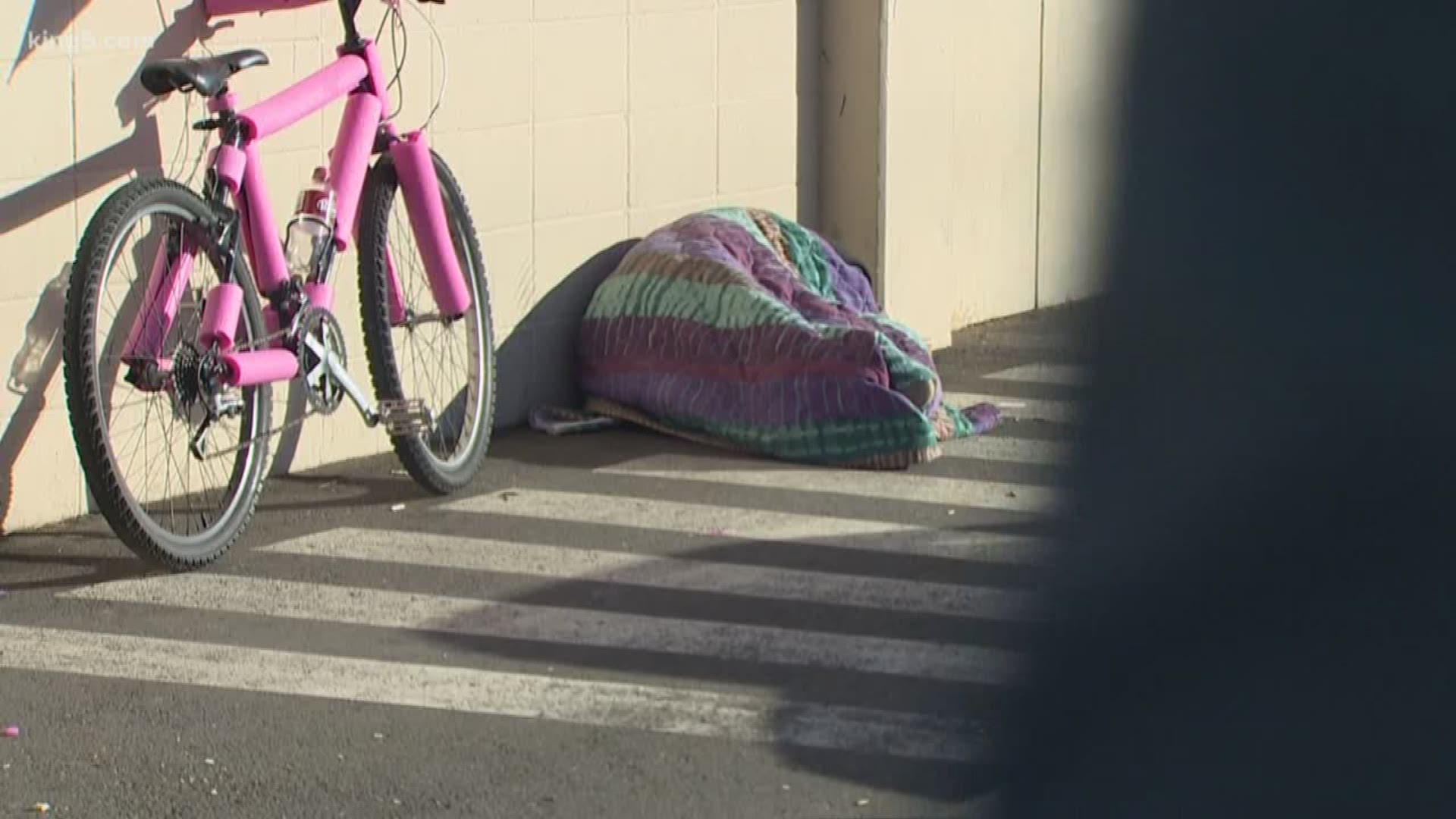 With far too few people seeking treatment on their own, the drug clinic worker decided to bring the opportunity to them. She routinely brings sack lunches to those on the streets and encourages them to visit her facility.

"It breaks my heart," she said. "These are just people who have a disease. They need help."

Like many communities, Port Angeles and Clallam County have been hit with a wave of homelessness and addiction.

Anderson is on the front lines of the battle for people's lives, encouraging addicts to come to treatment. Slowly but surely, she says it's working.

"I see it every day. People are getting their lives back," said Anderson. "It's pretty cool."

Using over $900,000 in state grants, Clallam County is playing a bigger part as well.

Jail staff are now using medication to help addicts detox from heroin while in custody. Once they're released, they are connected with a brand new treatment facility operated by Olympic Peninsula Health Services.

About 65 people are currently enrolled in the county's drug court, which gives second chances to non-violent addicts through treatment.

Coordinator Johnny Watts says it has a 70 percent completion rate.

"We're fortunate that our prosecutors, our defense counsel, and our judges are informed enough about addiction that they have an open mind to a therapeutic process as opposed to incarceration."

Clallam County has also seen a significant decrease in the number of opioid-related deaths last year.

That's due in large part to the availability of the overdose antidote Narcan. First responders all across the county now carry the drug.

For Anderson, the epidemic is more personal. Her brother died from a heroin overdose, and she sees him in each and every one of the people she is working desperately to save.

"I think back to him lying in that bed dying, and it just didn't have to be that way," said Anderson.