"It was a tragic, heartbreaking day for so many," Grant County Sheriff Tom Jones said. 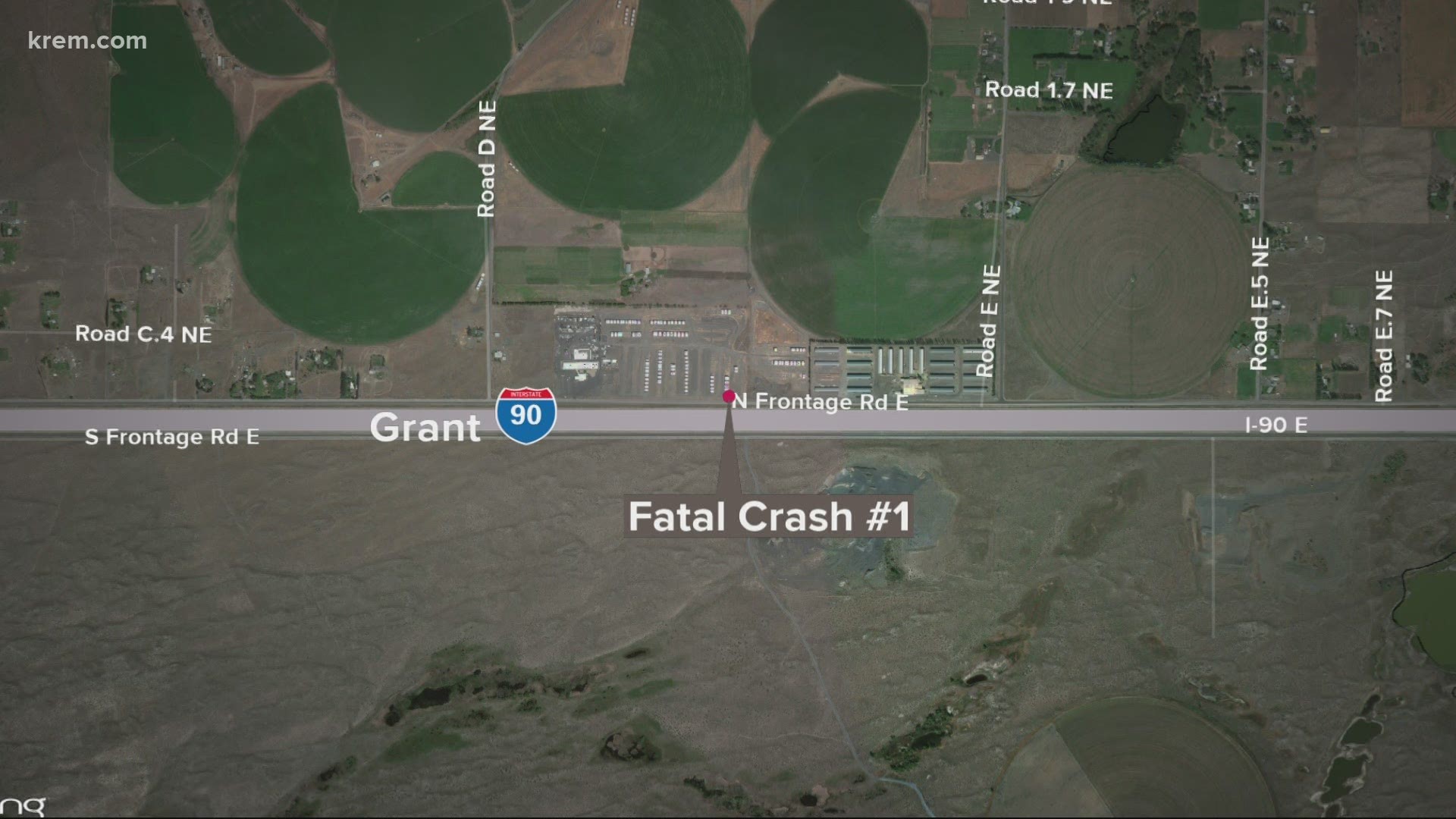 MOSES LAKE, Wash. — Two separate car crashes in Moses Lake claimed the lives of a man from Othello and a child from Moses Lake on Sunday.

The two victims have been identified as 2-year-old Evalee Sanchez and 74-year-old Rosario Ramos Dominquez.

According to the Grant County Sheriff's Office, the crash that killed Rosario Ramos Dominquez happened at 8:20 a.m. in the 3900th block of Frontage Rd. Dominquez was driving westbound when a car headed eastbound crossed the center line and hit Dominquez's vehicle head on. Dominquez was taken to Samaritan Hospital where he was later pronounced dead. The driver, 43-year-old Christopher Zufall, and the passenger were taken to the hospital and later released.

The crash that killed two-year-old Evalee Sanchez happened at 3:30 p.m. near Dodson Rd. Lurie Buza was driving north and Edgar Alba was driving south on Dodson Rd. Alba attempted to make a left turn but turned in front of Buza's car as it entered the intersection. Evalee was sitting on the passenger side that was hit and was life flighted to Central Washington Hospital where she was pronounced dead.

Alba, an adult passenger and a 6-month-old child had a few injuries but are expected to recover.

All of the children were in car seats.

“It was a tragic, heartbreaking day for so many. Please join us in support and heartfelt condolences to the loved ones of those lost yesterday,” Jones said.

The investigations are still ongoing and are being conducted by the GCSO Motor Traffic Unit.