"It's not the size of landslide that will determine if you survive or not, it's the actions that you take should the landslide occur," said Joseph Wartman. 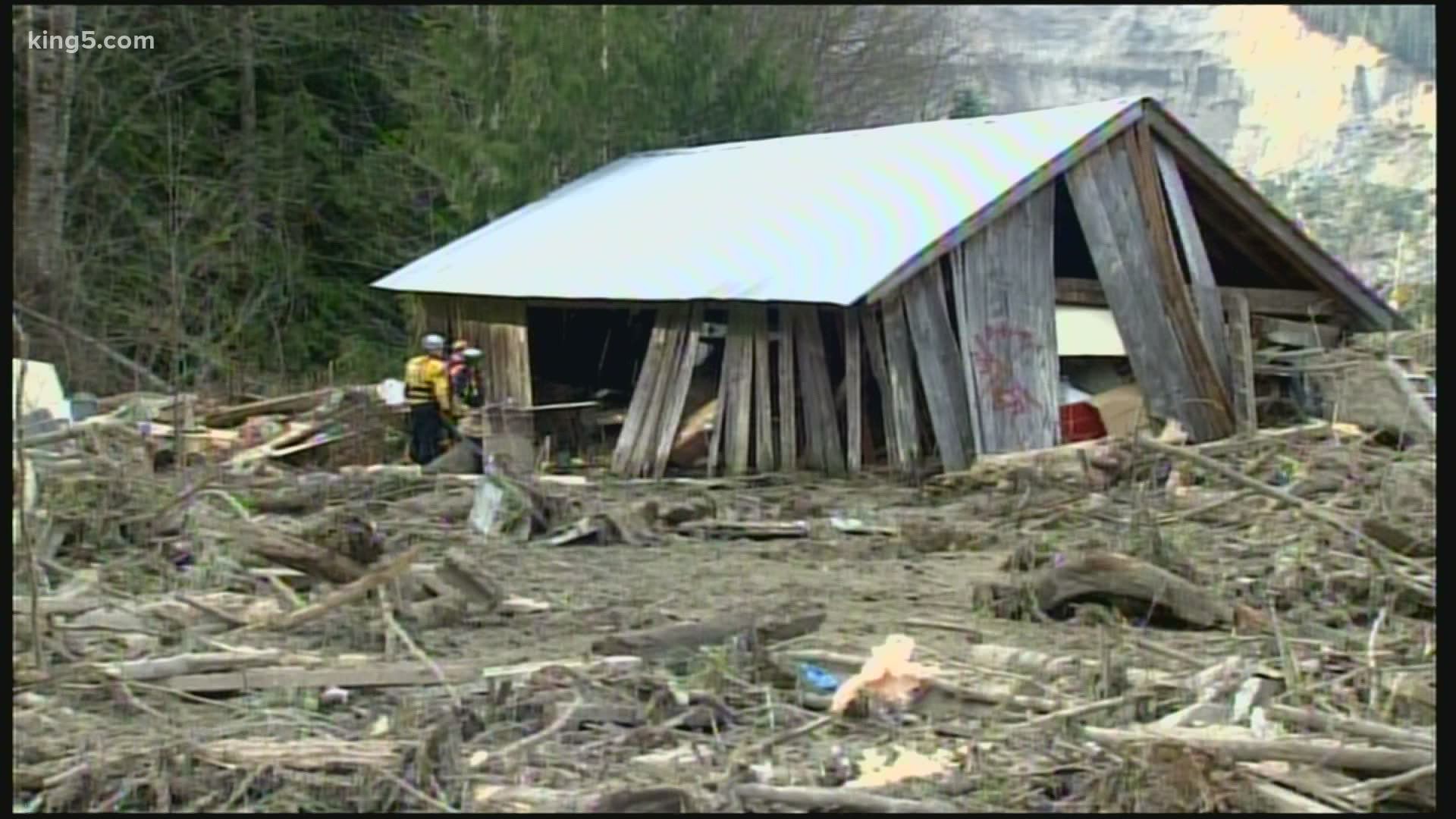 SEATTLE — New research from the University of Washington (UW) shows people do have some control when trying to survive a landslide. Researchers studied cases of slides hitting buildings around the world, including the tragedy in Oso in 2014.

Forty-three people died in March 2014 when tons of earth and mud broke lose and hit the small community of Oso, Wash. It became the deadliest landslide event in United States history.

A study of that slide is included in Joseph Wartman's new research published in GeoHealth this month. Wartman is a professor of civil and environmental engineering at the UW.

"We're still learning a lot from Oso," said Wartman. The study looks at what people can do to help survive a landslide.

"It's not the size of landslide that will determine if you survive or not, it's the actions that you take should the landslide occur," said Wartman.

He found the best things people can do are relatively simple.

What to do if you find yourself in a slide:

Wartman explained that even getting onto a counter top can make a difference.

"That can make a big difference. Often these [slides] don't reach to the top of the first level, they might be just 3-4-5 feet high, and that would bring you above that," he said.

After the slide passes, Wartman said people should make noise and continue to move to help rescuers find you.

All of these efforts can give someone a better chance of making it out alive should a slide occur.

"I think ultimately this work gives me hope," said Wartman. "Because there is a path out of some of these potentially deadly situations, and I think what also gives me hope is it's not expensive to implement any of the things we found here. These are all proactive measures one can take on their own."