The Oromo community in Seattle says two local men are being held in Ethiopia as protests continue. 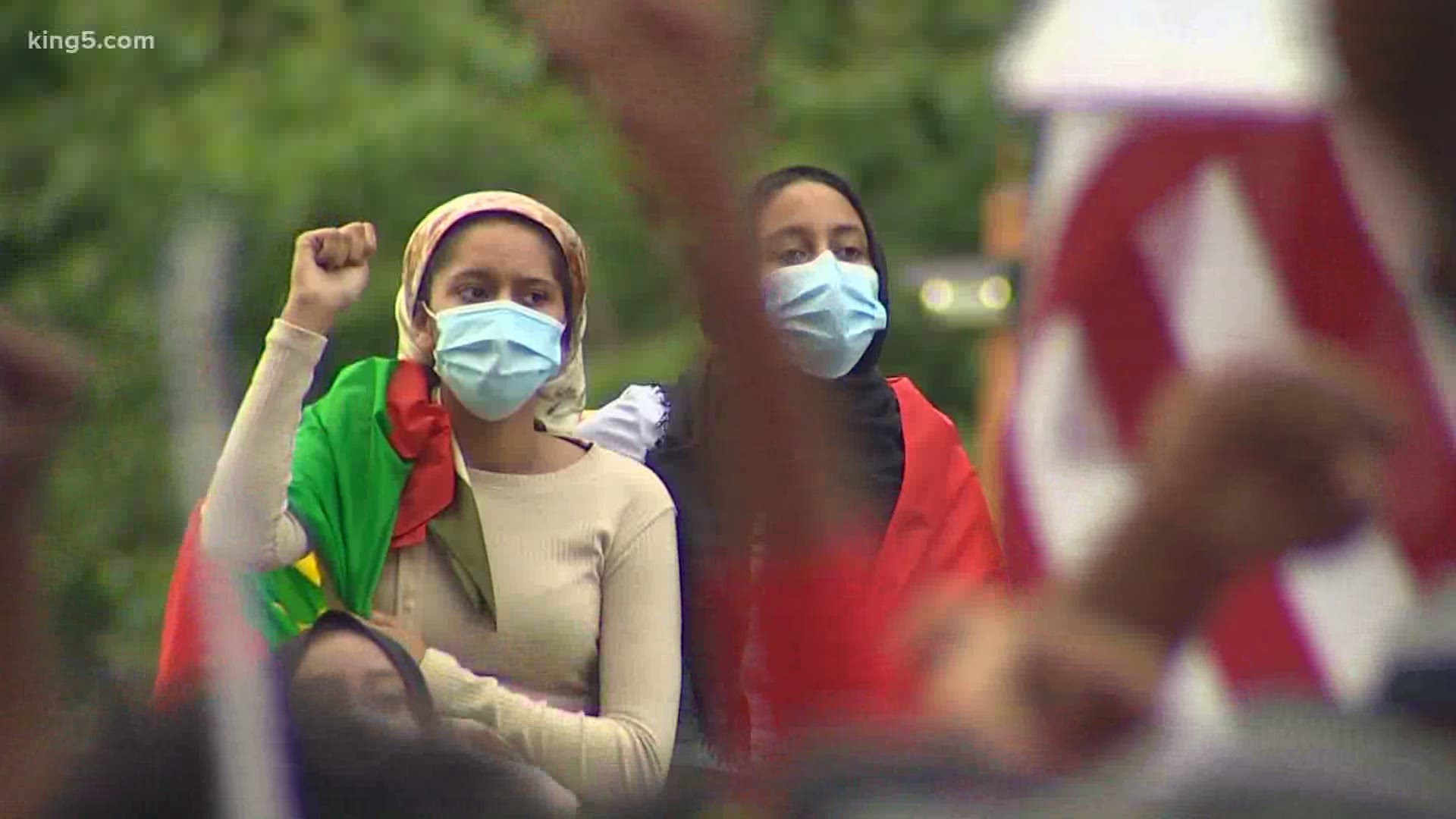 SEATTLE — Members of the Oromo community in Seattle brought their concerns right to KING 5’s studios in SODO on Tuesday.

The Oromo people are the largest ethnic group in Ethiopia.

Rabiya and several others from the community gathered outside after 6 p.m. saying two local men, Yusuf Bashir and Redwan Aman, are being held in Ethiopia as protests continue in the country.

“Help us get the word out and release our people. Release Yusuf Bashir, release Redwan Aman,” Rabiya said.

The protests in Ethiopia have been going on for several years between the government regime there and its community members. Just last week a popular singer was killed, which led to more protests.

Community leaders say Bashir and Aman were in Ethiopia when the unrest picked up and haven’t been heard from since. They are asking the Seattle community to help them.

“Contact your local leaders. We are demanding the freedom of our Seattleites, people we grew up with,” she pleaded.

Other demands are for the release of imprisoned Oromo leaders and condemning the closure of their media network as well as asking the U.S. government to restrict funding.

In their written statement, they claim the administration there suppressed their voices and is plunging the country into chaos.

“Look up the hashtag. Educate yourself on what the Oromo people are, do not recognize us as Ethiopian do not make that mistake,” Amina Dawud said.