Oregon man not cited for rescuing bear cub on trail

SALEM, Ore. -- A Salem man who found a 3-month-old black bear cub and took him to a wildlife center last week been warned but not cited, Oregon State Police said. 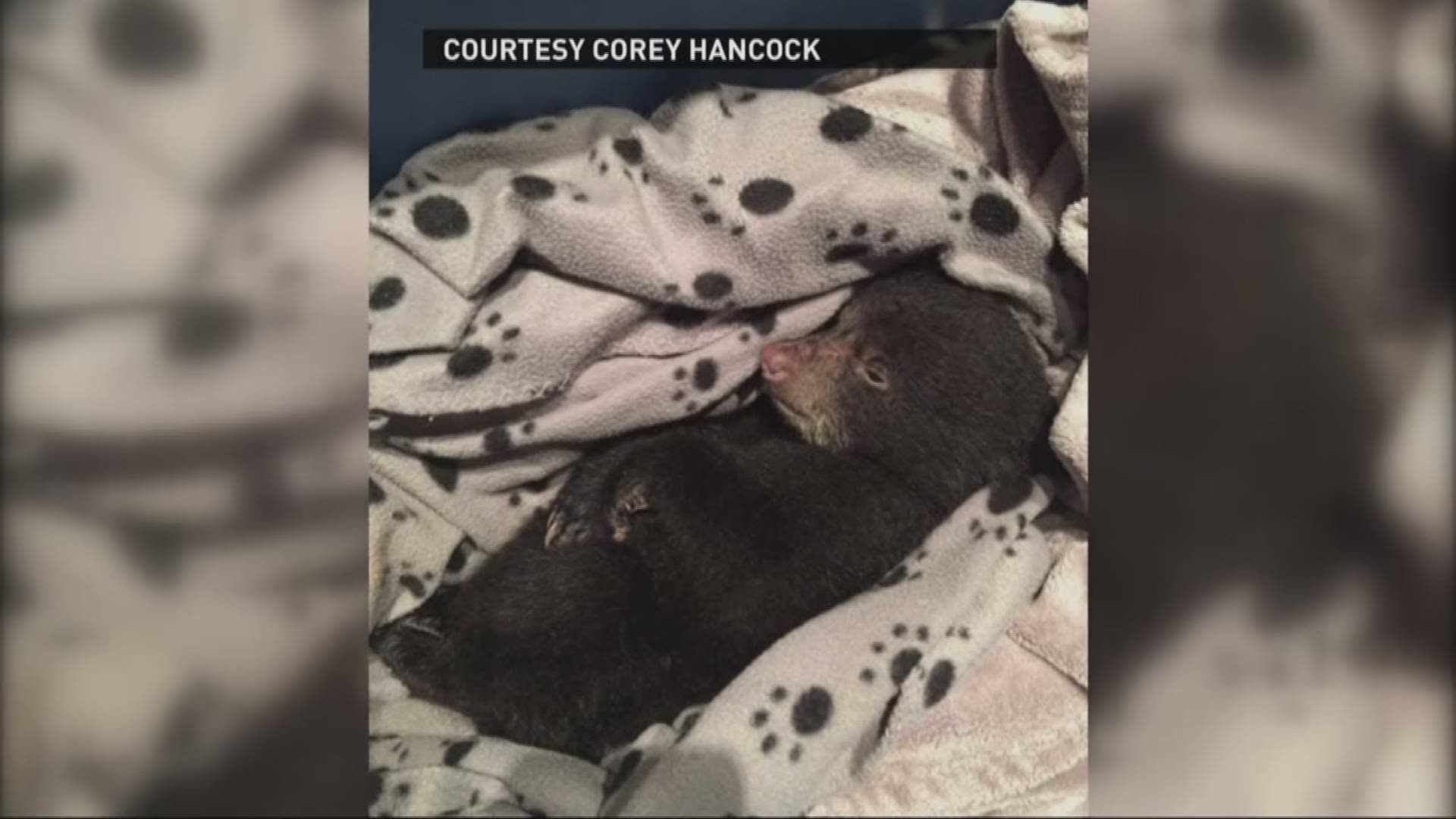 SALEM, Ore. -- A Salem man who found a 3-month-old black bear cub and took him to a wildlife center last week been warned but not cited, Oregon State Police said.

Corey Hancock said the cub was nearly dead along a hiking trail in Marion County on March 27. He took the cub to a wildlife center where it's been nursed back to health. But now, Hancock was getting scolded for picking it up in the first place. The Oregon Department of Fish and Wildlife says it's illegal to take wildlife out of their habitat, punishable by a citation and possibly a fine.

But OSP said on Wednesday that Hancock will not be punished.

"Due to the totality of circumstances, to include that the adult male subject thought he was helping the bear cub without knowledge that the mother bear may have been nearby, a criminal citation was not issued to the male subject," said Sgt. James Halsey with OSP.

Hancock is invested now. The Salem construction contractor wants to know what the future holds for the cub he named Elkhorn.

"He's a cute little bear," said Corey Hancock as he swiped through photos of the cub on his cellphone.

Hancock was out taking photos of waterfalls Monday night near the north fork of the Santiam River, when he spotted the five-pound black bear cub just off the Elkhorn trail.

"He looked dead. His eyes were grey, he was laying there on his back with his paws out."

After waiting 10 minutes to see if a momma bear was around, Hancock scooped him up and drove to a Salem wildlife center, even stopping his car to give the bear small puffs of air like CPR.

"Every time I thought he was dead, he would just breath once a minute."

ODFW has now taken over care of Elkhorn. State wildlife veterinarian Dr. Colin Gillin told KGW the cub was hypothermic, dehydrated and small for his age. After a night of fluids, and a warming blanket, Gillin says Elkhorn is doing well and quite vocal.

Dr. Gillin says the cub was likely with it's mother just before he was found. It's common in the spring, he says. Baby animals start coming out or are born, but the parents can leave them for hours to forage for food.

"We surmise he either crawled out of his den, or more likely the mother was moving the bear because sometimes rain can fill up their dens and she moves the cubs one at a time," Dr. Gillin said.

ODFW estimates ther are 25,000 bears just in western Oregon alone. If you think you're rescuing a baby animal in trouble, ODFW says what happens after might be sadder.

Since Elkhorn is still so young, he must be bottle fed, which means constant human contact. Gillin says the cub isn't strong enough to climb trees and call for his mom or old enough to be returned alone to the spot along the trail he was found. He was sent to a rehab center in Washington where after a year he might be released into the wild.

Hancock is adamant the bear would have died, and is glad it's getting the medical attention it needs.

"He was going to die. I think anybody who's a decent human being would have picked that bear up and done the same thing I did."

ODFW advises that if you come across an animal you think is injured or alone, and you're not sure what to do, call ODFW first at 1-800-720-ODFW. For more information on what to do, click here.