The man said his cruise was docked and a passenger tested positive for COVID-19. He left the secure watch of his hotel to return to the PNW. 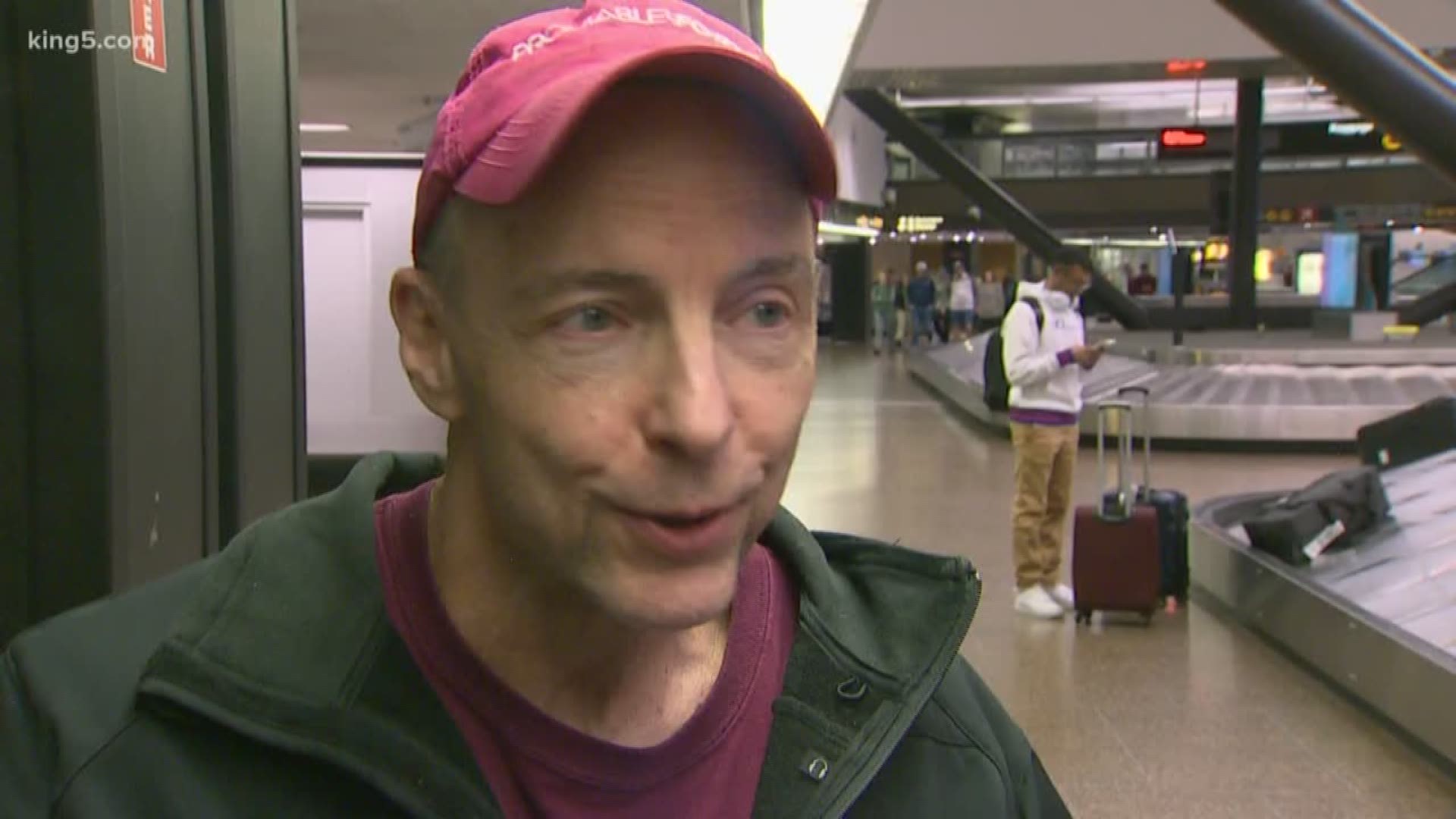 SEATTLE — An Oregon man is back on U.S. soil after the cruise ship he was on was turned away from several countries over fears surrounding the spreading coronavirus, before ultimately docking in Cambodia.

Professional comedian Frank King was set to perform on a Holland-America Westerdam cruise. That cruise left Hong Kong and was ultimately turned away from four countries before finding refuge in Cambodia.

“It’s kind of like the Hotel California ... I’m not going to check out but I am leaving,” King said.

After the cruise ship docked in Cambodia and passengers were allowed to leave, an American tested positive for the coronavirus, officially known as COVID-19.

“And then when she tested positive, nobody is leaving the hotel. It wasn’t like an armed camp, but they were watching you. If you walked out with your backpack beside you, that’s fine. If you did like I did and you drag your luggage, they tried to stop you," King said.

RELATED: Americans stuck on cruise ship in Japan due to coronavirus flown back to US

King walked out of the hotel and ended up booking a flight from Cambodia to Bangkok. From there, he flew to Dubai and then ultimately landed in Seattle.

He said the U.S. Customs & Border Patrol were expecting him.

“They knew. They had my name on the list and they knew. They go ‘are you Mr. King? Were you on the Westerdam?' I said yes. I thought “oh man, I’m going to Guantanamo.’ But because I hadn’t been on mainland China and I’d been outside the incubation period and hadn’t been in close contact with anyone with the flu, they said you are free to go,” King said.

It took two hours for King to clear customs.

King plans on renting a car and drive from Seattle to his home in Eugene, Oregon.

In a statement, Holland America said it’s still working with the Cambodian health ministry and are working to clear passengers once they test negative.

They anticipate this will take several more days.