Sounds of the Southern Resident Killer Whales are now available to the public, in real time. 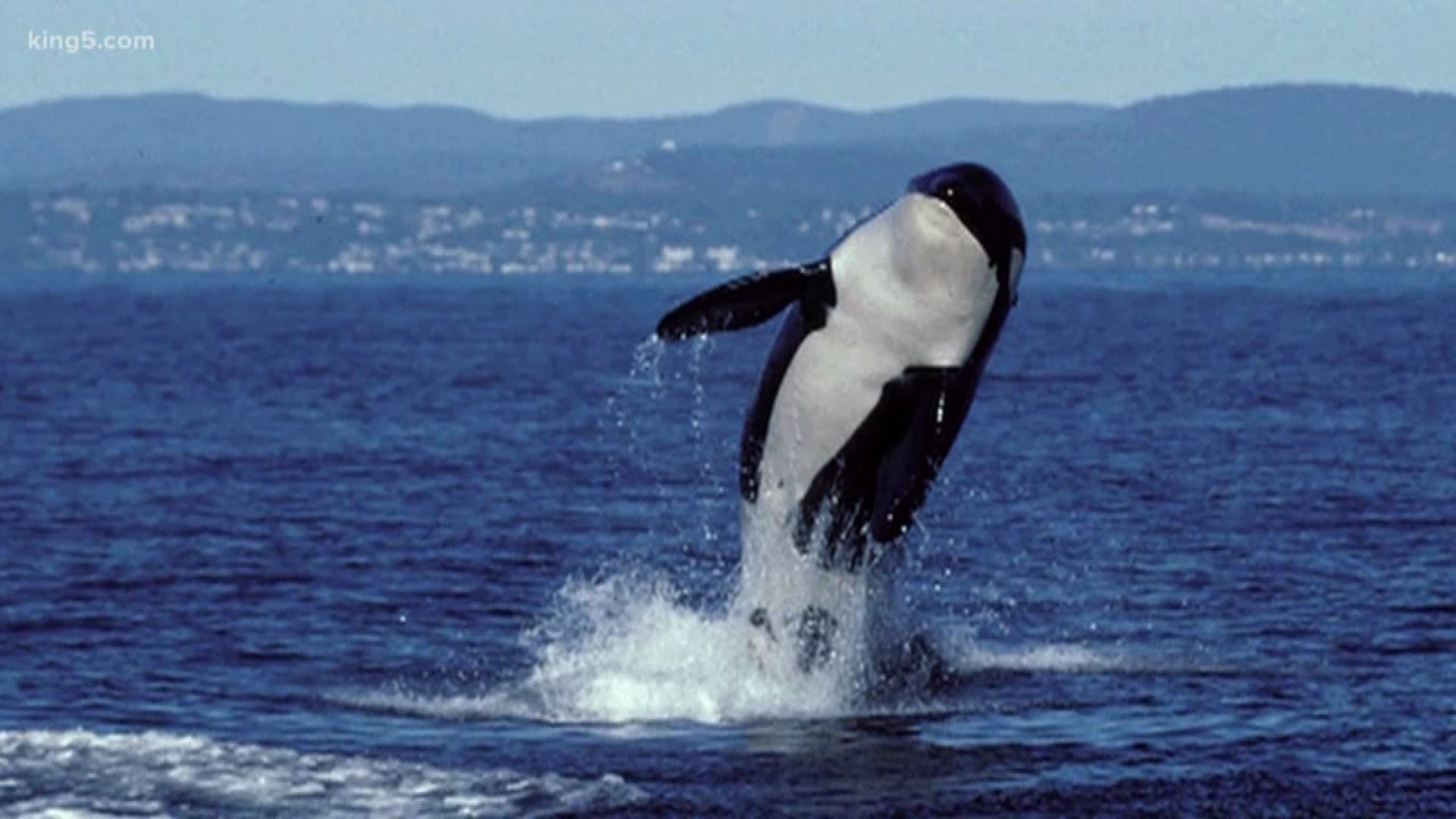 An underwater hydrophone at Bush Point on Whidbey Island is transmitting the noise beneath the surface of Puget Sound right now. Scientists installed it to pick up sounds from the Southern Resident Killer Whales (SRKW), and those sounds are being streamed live for the rest of us to hear.

"Their clicks that they use for hunting are even more powerful," said OrcaSound Hydrophone Network Coordinator Scott Veirs. "They're also directional. So, you will hear a killer whale clicking at least hundreds of meters away, probably kilometers, through this microphone."

A hydrophone is very sensitive. The one on Whidbey Island is now connected to a soundboard that is transmitting the sounds it records with only a few seconds of delay.

"Just the tapping of a finger or the walking of a crab over a hydrophone will make a sound for us," Veirs said. "Sometimes we hear kelp rubbing over the hydrophone. It sounds like that."

Boat noise is a near-constant sound coming from the hydrophone, and it is a daily struggle for the SRKW, who mostly eat salmon and use sound to locate them.

"If you just listen for a day or two while you're working, or around the house, some people even listen while they're sleeping, you start to realize what the orcas experience. What is their acoustic life like, when they come into Puget Sound?" Veirs said.

It's a noisy world for the killer whales, who are struggling to survive. They're running out of food, and of the 74 still alive, only a couple dozen can reproduce.

"I think Puget Sound recovery has failed to date because we haven't been very good at organizing people."

Organizing people is what Veirs hopes will happen if we can hear the orcas in their own world.

"I am hoping that every time you get the privilege of hearing these wonderful animals through our hydrophones, you will take some action," he said.

To listen to the underwater hydrophone, visit http://live.orcasound.net/