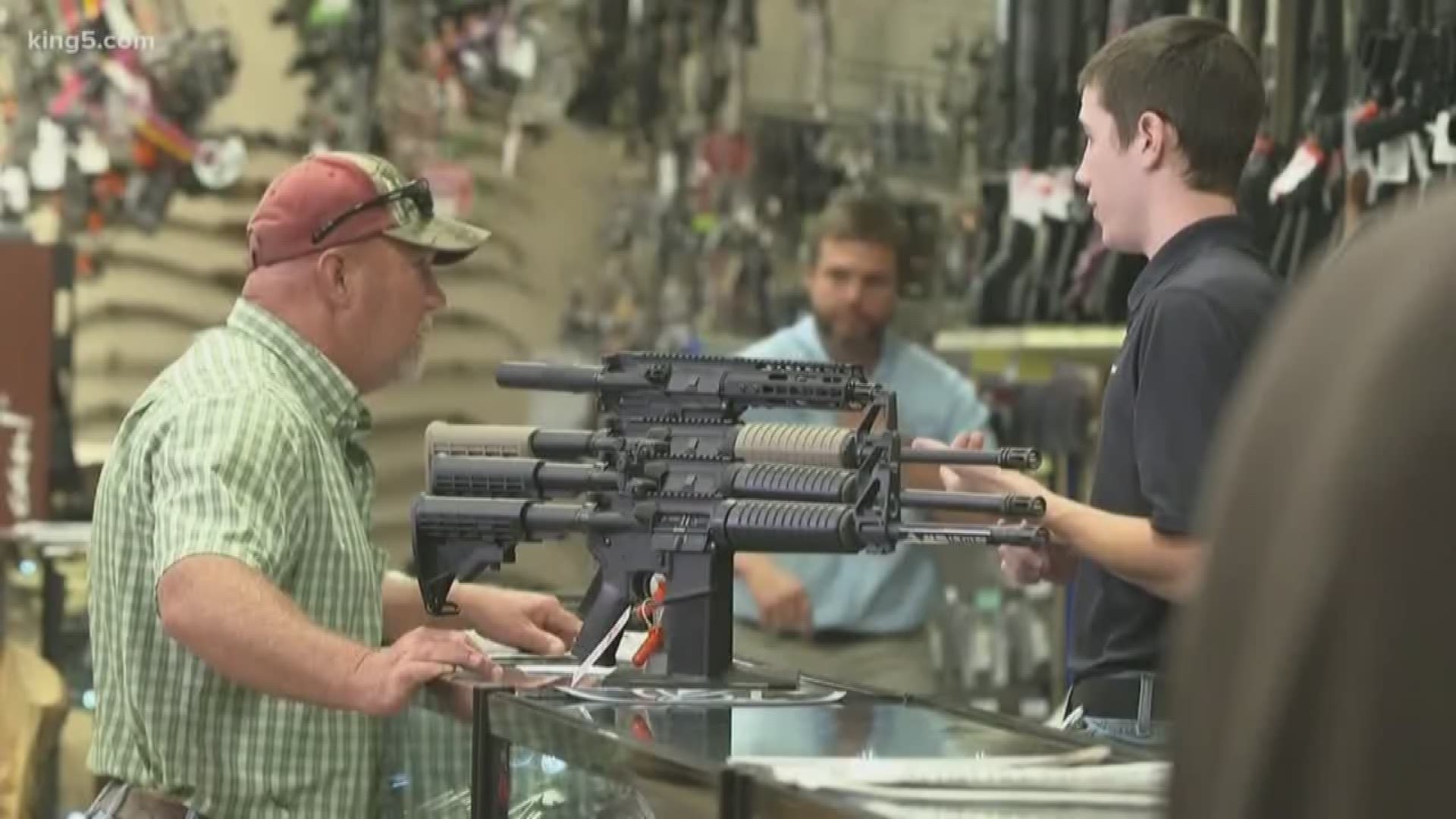 Supporters of Initiative 1639 turned in more than 375,000 signatures to the Secretary of State Friday to qualify for the November ballot.

It would be the most sweeping gun safety initiative put before voters in recent history, but opponents are promising a legal fight.

The gun safety measure would raise the age of purchase of semi-automatic rifles to 21 and require enhanced background checks and a waiting period similar to what’s currently required for handguns in the state.

“We’re asking that it should be at least as hard to purchase a semi-automatic assault rifle as it is to purchase a handgun,” said campaign manager Stephen Paolini.

The initiative backed by the Alliance for Gun Responsibility comes after similar legislation stalled in the state legislature this past session. ​​

Paul Kramer, whose son was shot and wounded in the Mukilteo shooting tragedy of 2016, was the measure’s citizen sponsor. The convicted gunman, 19, told investigators he had purchased an AR-15 the week before the shooting massacre.

“Will was lucky enough to survive, but three of his friends were not,” said Kramer.

“I’ve witnessed and shared in their parents’ extreme grief from the loss of their children. No family should have to experience the tragedy of losing a child to a senseless act of gun violence. No kid should have to worry about being shot when they get together with their friends,” Kramer said during a news conference before the signatures were officially turned in.

The Second Amendment Foundation filed a challenge last week to block the initiative, arguing the petition did not appropriately convey the changes the initiative would make to state law.

“When you read it, you’re getting a mix-up of current law, proposed law, subtracted law,” said Alan Gottlieb, founder of the Second Amendment Foundation. “You don’t know what you signed. That’s not legal under our state constitution and our initiative law.”

Gottlieb says he plans to file another challenge, as early as next week, with Thurston County Superior Court.

Separate from the legal challenge, Gottlieb predicts a contentious election cycle should the initiative qualify for the November ballot. The measure is expected to drive up turnout across both sides of the gun debate.

“I’m really appalled by the fact that it’s denying second amendment constitutional rights to 18 to 20 years old,” said Gottlieb. “These are people in many, many cases who go off and fight in our military, protect our rights and our freedoms, now you’re taking it away from them.”

Federal law requires an individual to be 21 to purchase a handgun from a licensed dealer, but only 18 to buy a rifle in many states.

“The gun lobby can say what it will, but we know that the vast majority of Washingtonians believe that gun violence is preventable and that measures like this can keep them safe,” said Paolini.