Before Joan Benoit Samuelson won Olympic gold in 1984, she needed to win a qualifying race in Olympia. Benoit Samuelson returned to Olympia this week to speak with high school students before running in Capital City Marathon. 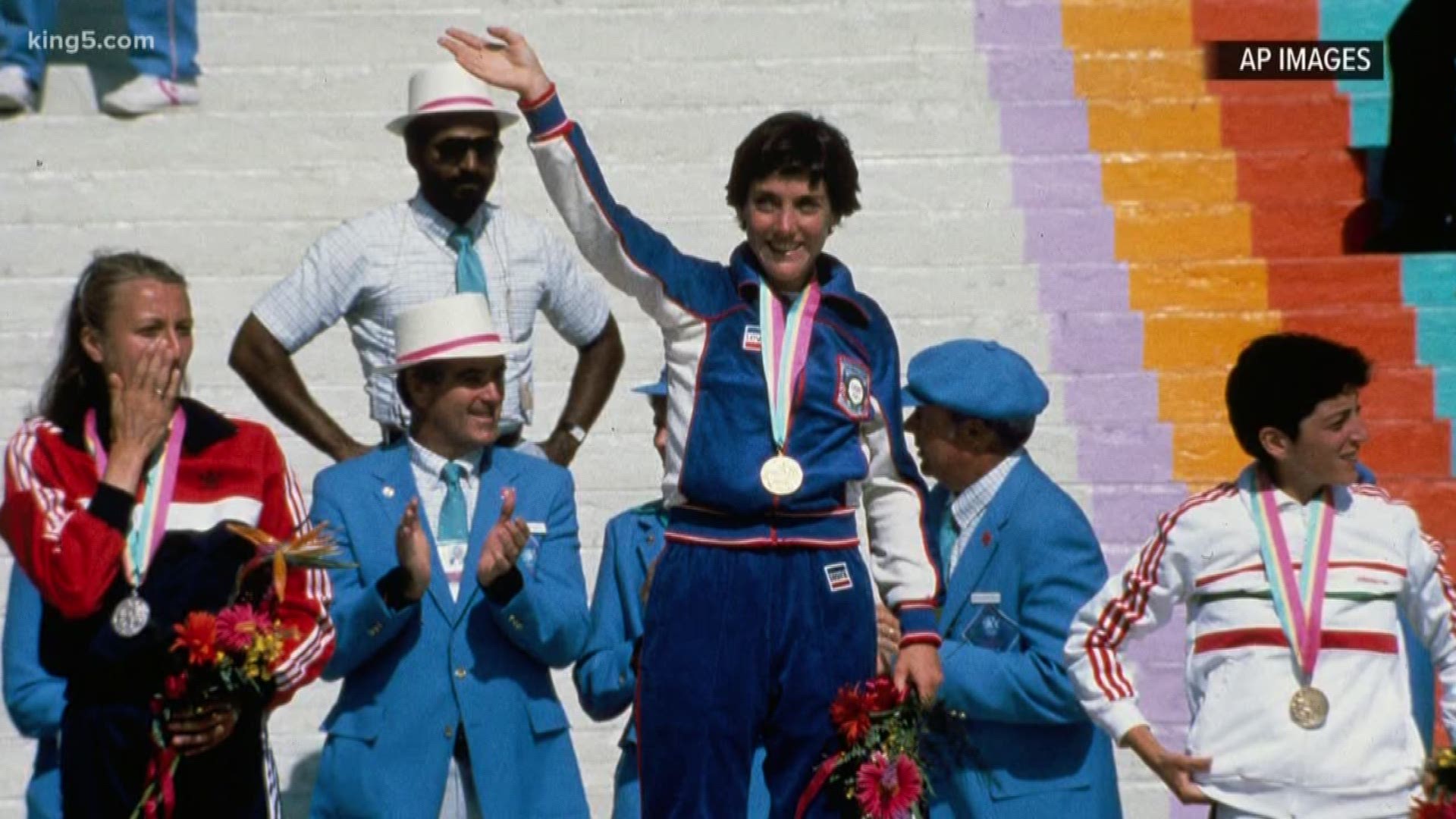 Three months later she won the first Olympic women’s marathon in Los Angeles. She returned to Olympia on Friday, 35 years to the week after her historic win in the capital city.

“The biggest win was the first women’s Olympic marathon in L.A., but the race of my life was in Olympia 35 years ago,” Benoit Samuelson said. “There’s no way I should have gotten through that race, and I did.”

Benoit Samuelson had knee surgery just over two weeks before the Olympic trial.

“I didn’t know if I’d be able to go the distance,” Benoit Samuelson said.

On Sunday she plans on running in either the 5K or the half-marathon in Olympia’s Capital City Marathon. She’s taking part in several events celebrating the 35th anniversary of the race.

Friday afternoon Benoit Samuelson spoke with students at Olympia High School, including members of the track and field team.

“She’s like ‘Superwoman’ in my eyes,” said Bea Asomaning, a senior at Olympia High School who is competing in the upcoming state track and field championship.

“I hope it will help me,” Asomaning said of the pep talk, “That was something I really needed to hear.”

Video of the 1984 race in Olympia is below. Don’t see the video? Click here.