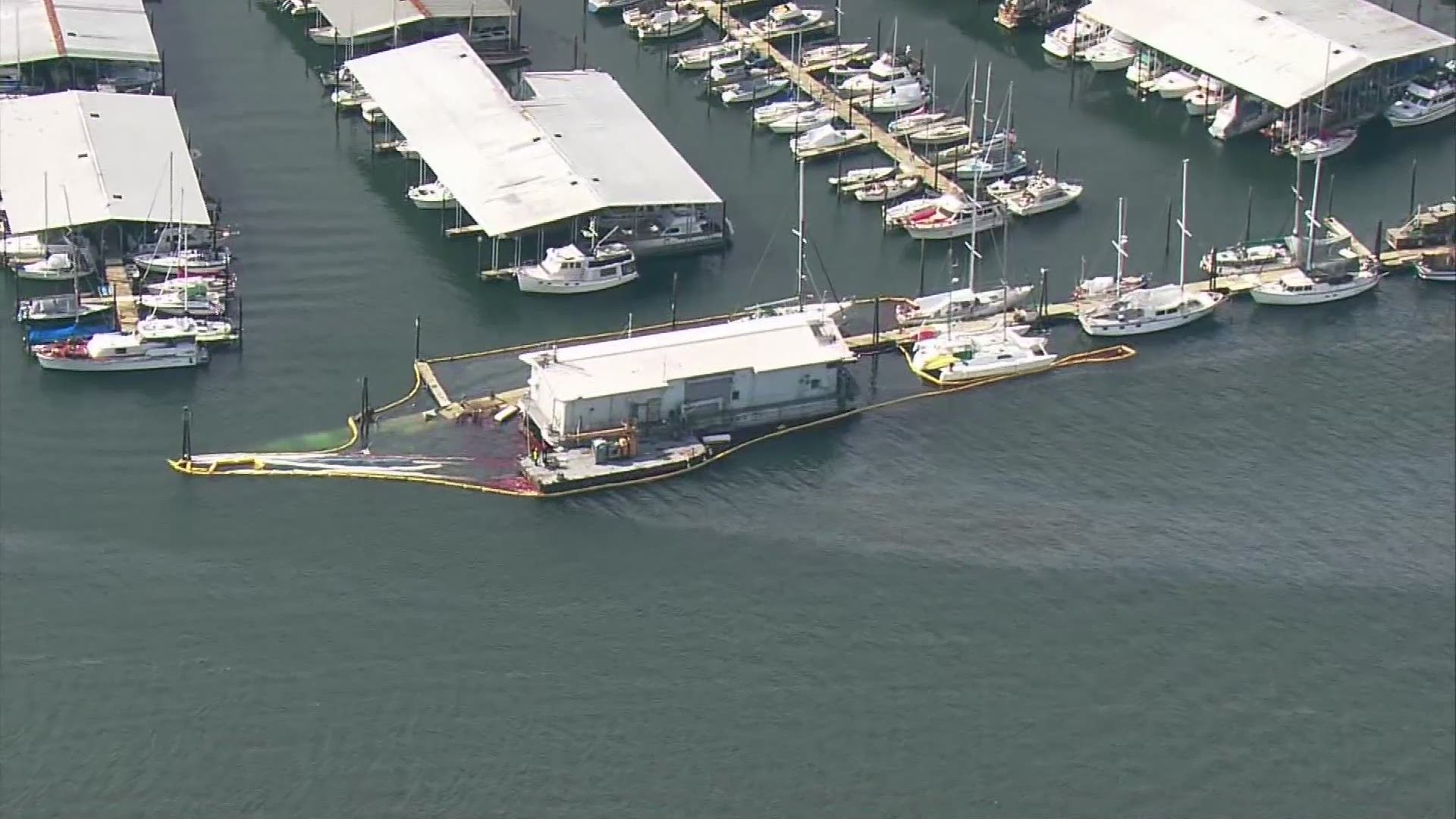 OLYMPIA, Wash. — A 92-foot recreational yacht that was carrying approximately 1,200 gallons of diesel sank at a dock in West Bay Marina near Olympia on Friday.

The Coast Guard Sector Puget Sound got notification of the spill at about 7:30 a.m.

A containment and absorbent boom were deployed Friday, as well as other absorbent materials, to limit the impact of the spill.

On Saturday, the U.S. Coast Guard said 800 gallons of diesel was removed from the yacht, along with 600 gallons of absorbent material that was soaked with an oily/water mixture.

The yacht was still sunk as of Saturday evening.