“The mental health of our kids is in jeopardy,” said one coach who, along with players, rallied at the Capitol calling for the reopening youth sports in the state. 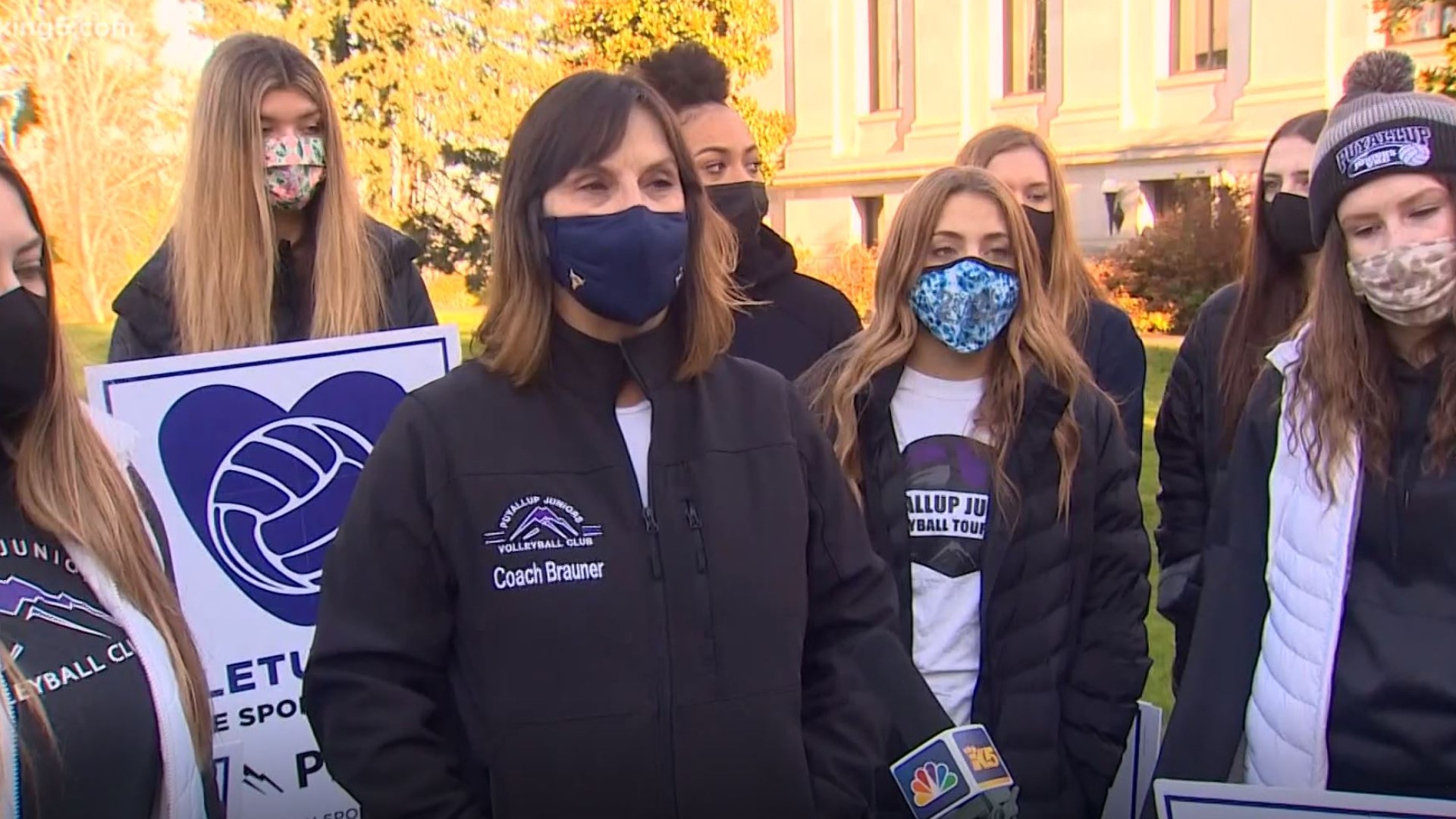 OLYMPIA, Wash. — It’s been nearly three weeks since Gov. Jay Inslee implemented increased restrictions to slow the spread of COVID-19 in Washington state. Those restrictions included the closure of gyms and athletic facilities, and put an end to youth sports activities at the same time.

A coalition of coaches, players and families from around the state gathered at the Capitol in Olympia on Saturday in an effort to get the governor to reconsider the closure and reopen those activities.

It was the first time so many players from the Puyallup Juniors Volleyball Club had seen each other face-to-face in months. They took turns talking about what it’s been like not playing volleyball.

“When I can't express myself on the court I can't let that anger or sadness out. It builds up and it really hurts more than normal,” said 16-year-old Madison Brauner.

For a while last spring they didn't play at all, then finally they returned in the summer with major restrictions.

For teenagers who spend most of their days inside doing school on a computer, they said the interaction had become everything.

Coach Maria Brauner is part of a lobbying group pushing the governor to reopen youth sports.

“Treat these kids mental health as an essential rather than a secondary thing,” said Coach Brauner.

Meeya Robinson said she has friends in several sports who are struggling because they need the interactions.

“Some people are in the worst situations of their lives right now and they don't have a place to go and get the help they need and be around people who truly care about them," said Robinson.

Coach Brauner said she's not disputing that COVID-19 infection rates are rising but pointed to data that does not show significant transmission among youth sports programs where they do regular temperature checks, wear masks and keep groups small.

“I admire his leadership and the situation he's in but I beg him to take a second look at the essential need for youth sports to continue during this time,” Coach Brauner said. “The mental health of our kids is in jeopardy.”

Other states, including Oregon, have allowed some of the sports activities to continue.

KING 5 reached out to Inslee’s office Saturday for a response but has not yet heard back.