Organizer cancels Olympia protests after Wednesday riot on US Capitol

Tyler Miller said his group had planned to be at the Capitol campus all week, protesting lack of access to the capitol during the next legislative session. 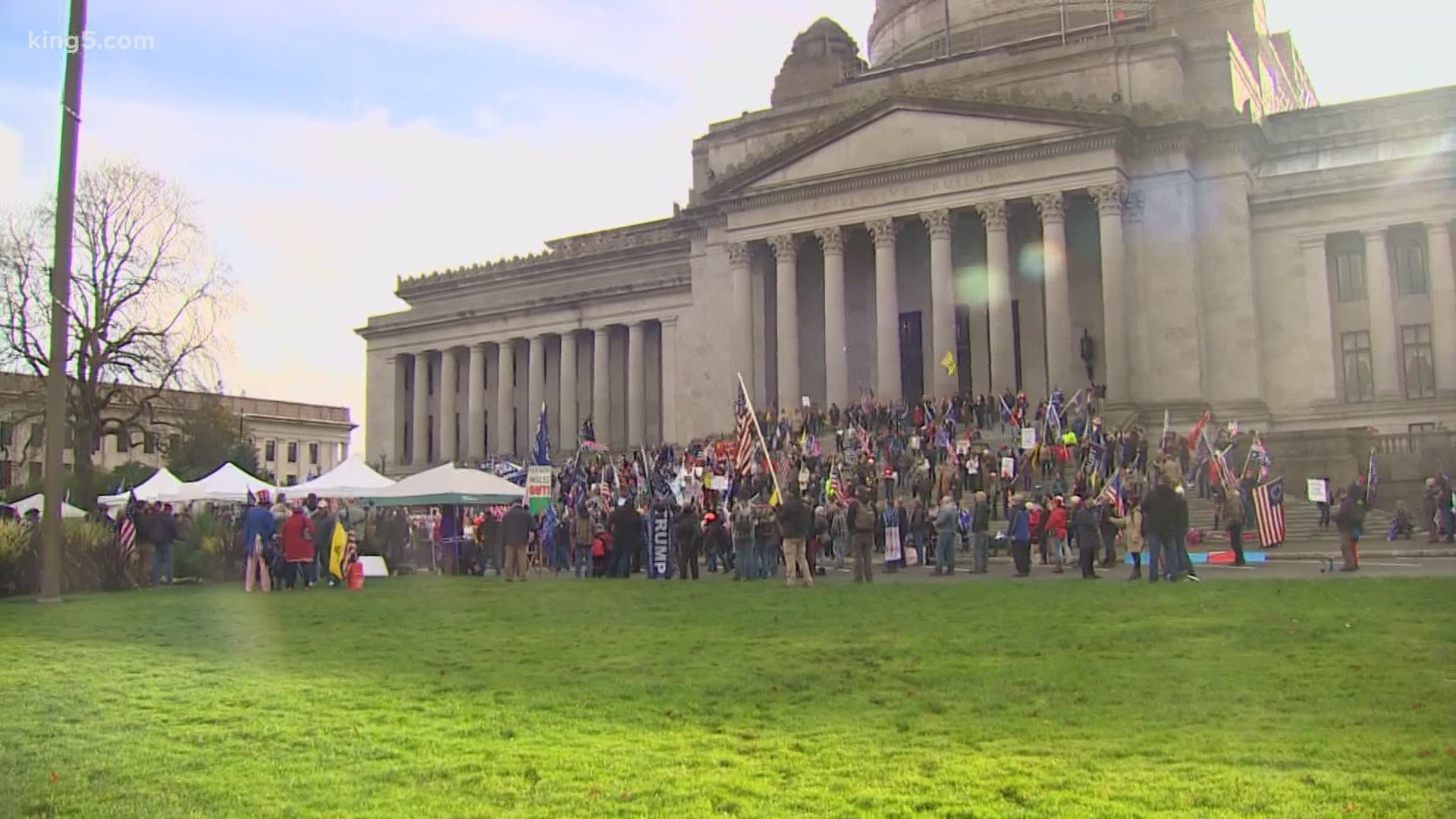 OLYMPIA, Wash. — A protest set for Olympia this weekend has been called off after the violence at the US Capitol on Wednesday, the protest’s organizer said.

Miller and his group "Liberty, At All Hazards" said it is a violation of the state constitution to keep the public out of the Capitol when the legislative session resumes on Monday.

“The intent of the protest was to show up, be at every entrance, and as staff or legislators go into the building, we would simply attempt to go with them,” said Miller.

The campus has been closed to the general public due to the coronavirus pandemic.

“There's no denying the reality of the situation we're in,” said Miller. “But there's also no denying that the Constitution is mandatory.”

State legislators do plan to stream or make available most sessions online, but Miller said that’s not the same as being able to convey concerns in person.

The protests, which were set to last a week, are off for now – but Miller said he has no delusions that people will likely still show up.

“If your intent is to go there, then I fully support your right to do it. And I would just ask that you consider all the consequences of your actions and act responsibly,” he said.