Two high-level Washington state government employees who own a waterfront home in Olympia purchased a Bellevue condominium that was originally set aside for a lower income household. 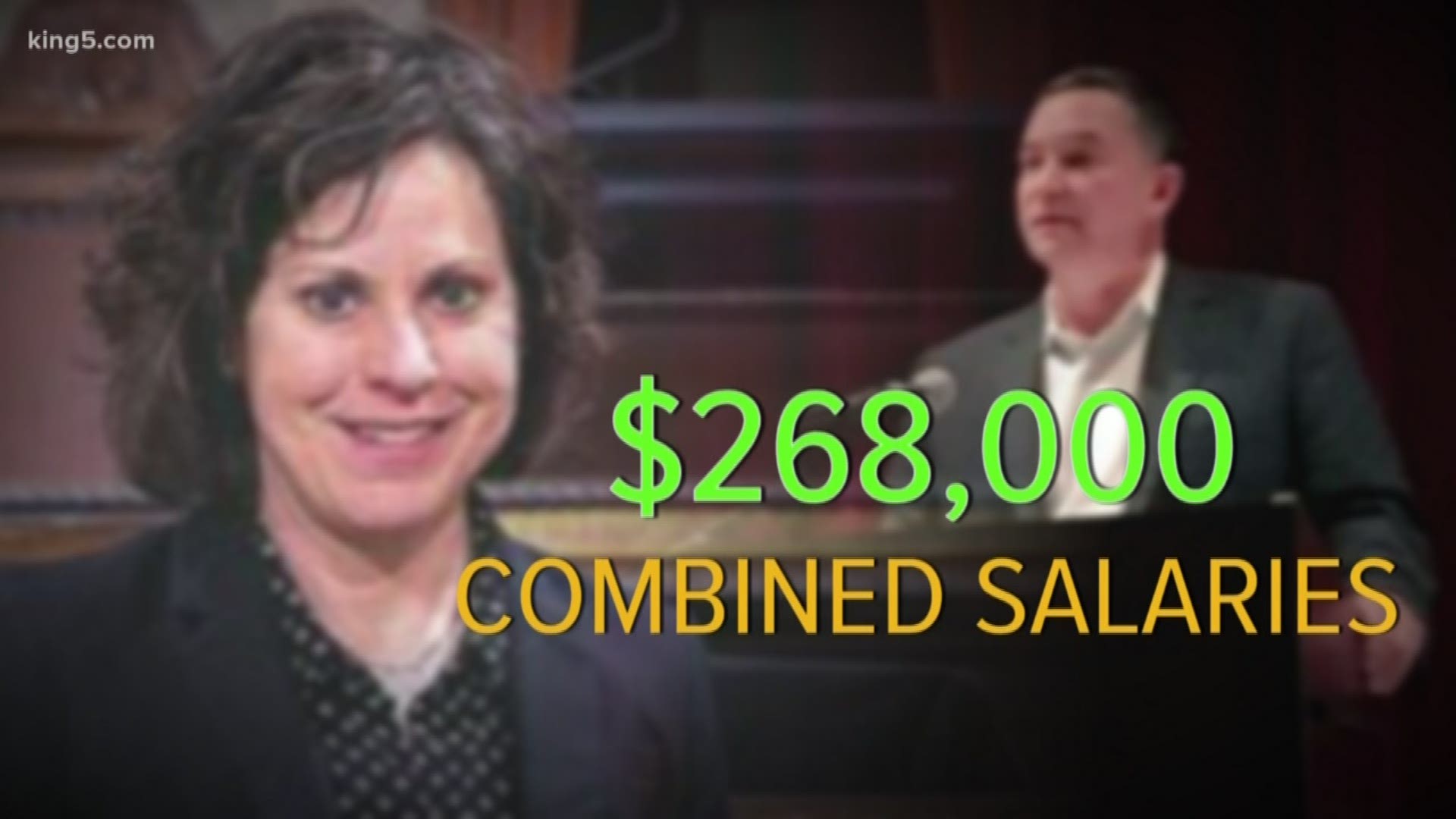 An Olympia power couple who earned a combined $268,000 last year owns a Bellevue condominium that was built and set aside for a lower income household.

John and Nona Snell-Aultman, high-level Washington state government employees who have owned a waterfront home in Olympia since 2001, paid $206,000 in 2009 for the unit in the McKee Condominiums on Main Street in Old Bellevue. The contract the couple signed at the time said the unit was designated “for households of low and moderate incomes.”

The McKee condos have a total of nine units for low-income owners. The units are part of an affordable housing program that’s backed by the taxpayers of many east King County cities.

“I’m profoundly disappointed,” said Laura Duncan, a McKee owner and treasurer of the building’s owners association. “They’re taking a unit and an opportunity from someone who really is in need,” she said.

Duncan says residents have long had concerns that three of the nine low-income units in the building are being used improperly, including the one belonging to the Aultmans.

“We’ve known it’s been vacant for a long, long time. They only use it on occasion,” Duncan said. “For taxpayers to be subsidizing a place for them to use more like a hotel suite for whenever they come to Seattle is hard to stomach,” she said.

RELATED: Who are the Aultmans? 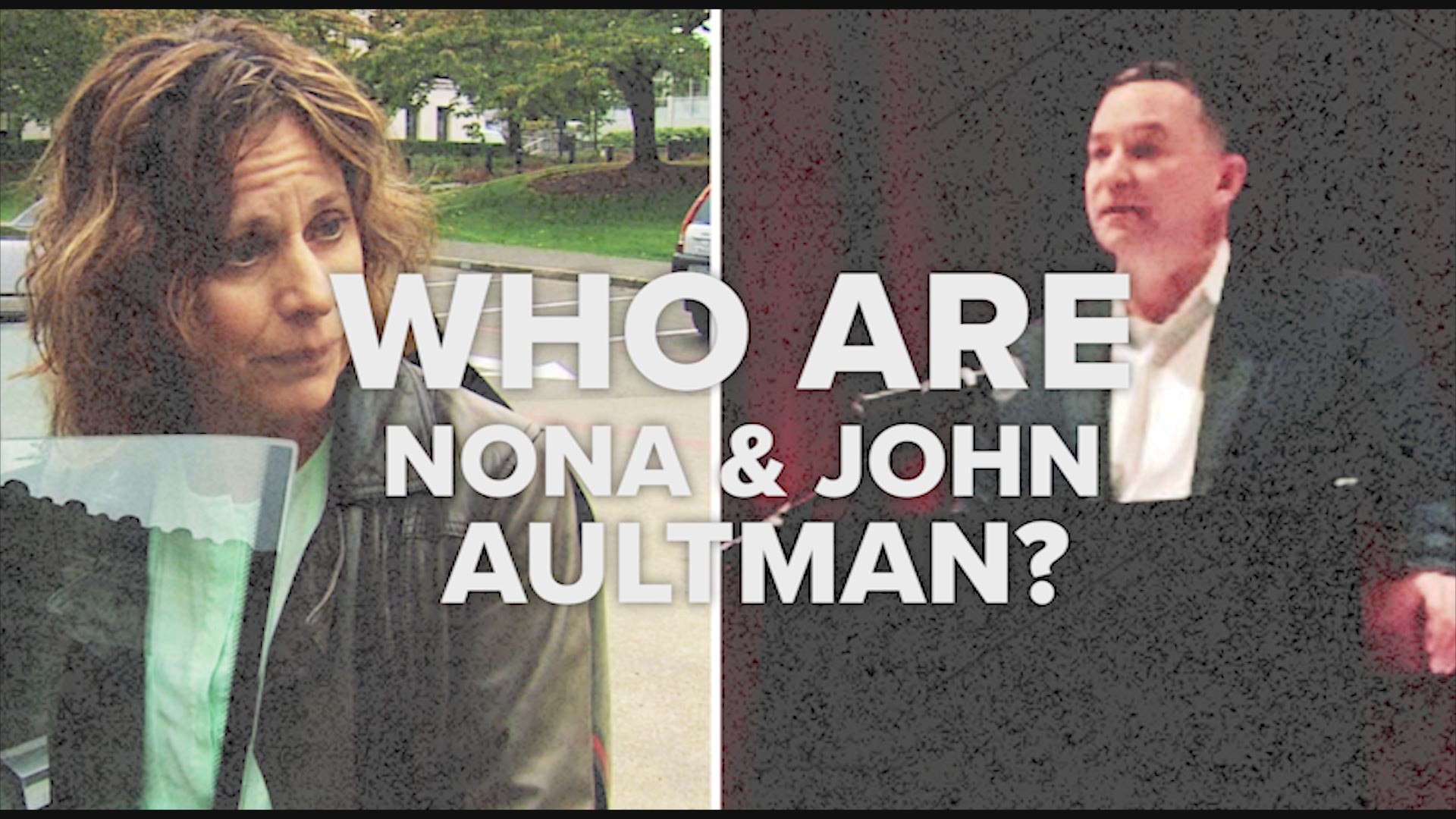 The contract the Aultmans signed when they bought their McKee unit was with ARCH, short for A Regional Coalition for Housing. ARCH is a government agency that runs affordable housing programs on behalf of 15 cities in east King County, including Bellevue, Issaquah, Redmond, Kirkland, and Medina.

ARCH assists its member cities in developing housing policies and draft development regulations, according to its website. ARCH also helps coordinate financial support from cities to developers or other organizations that are focused on creating affordable housing options, and it assists low-income people obtain affordable rentals or purchase homes below-market price.

Taxpayers in ARCH member cities have put more than $50 million into a housing trust fund that awards money to affordable housing projects. Developers typically include a specified number of affordable units in larger projects or developments. In exchange, the ARCH cities offer zoning and tax breaks that make the project more profitable for the developer.

Contracts like the one the Aultmans signed state the property must remain an affordable housing unit for up to 50 years, and ARCH will set the sale price at an affordable price point if an owner decides to sell.

Though one answer for people living on lower incomes is to move, Sullivan says that can be problematic. For example, it can become a burden to make it to work if they are forced to drive long distances.

Still, the fact that the Aultmans were able to purchase a low-income unit raises questions about ARCH’s efforts to screen and monitor buyers.

The McKee Condominiums seem to have it all.

Built in the 1990s, the 97-unit complex is surrounded by charming shops and restaurants, a spacious park, Bellevue Square mall, and gleaming office towers just a few blocks away.

The nine ARCH units are smaller and simpler than the market-rate units inside the McKee, which can sell for upwards of $1 million today. Since the building opened, ARCH units have been owned by a teacher, a construction worker, and a disabled woman – exactly the sort of low- or middle-income individuals that ARCH is working to serve.

“I think it’s hugely important,” McKee resident Laura Duncan said of ARCH. “Personally, my brother is homeless and on the streets.”

She contacted KING 5 to report her concerns that the McKee’s ARCH units are not being used as intended.

When the Aultmans purchased their McKee condo in 2009, they signed a 22-page contract with ARCH. A key part of that contract requires that the ARCH property is the owner’s “principal residence.” That means they must live in the property at least 10 months out of the year.

The Aultmans hold high-level positions in government and have offices at the state capitol in Olympia, more than 60 miles from the Bellevue condo. Much closer is their home in Olympia’s Boston Harbor neighborhood.

When approached by KING 5 outside her office for an interview about her ARCH condo, Nona Snell-Aultman said, “I need to give this some thought. I’m not really sure.” Then, “I can talk to you later about this, maybe.”

In two subsequent emails, Snell-Aultman said, “The McKee was John’s primary residence through the end of 2016. He worked in eastern King County and Snohomish County from 2009.”

Presumably, John Aultman moved back to the Olympia home not long after he began to work for Gov. Inslee as a senior education policy adviser in January 2016. That would mean that for at least two years the McKee unit has not been the “principal residence” of either Aultman.

Snell-Aultman says the couple began to make plans to sell the McKee unit in June of this year. ARCH says it has no record of the Aultmans notifying the agency of plans to sell. Because ARCH would control the condo’s sale price, owners need to contact the agency before they place their home on the market.

“We also did not seek out or receive any special treatment in the purchase of the property,” Snell-Aultman wrote in response to KING 5’s questions about whether she had any personal or professional relationships with ARCH.

ARCH’s long-time program manager said the agency had no inkling that the Aultmans might not be living full-time in their McKee condo.

“We will go to them and ask them about that and ask them for documentation that (they live there),” said Arthur Sullivan.

Sullivan had a more difficult time explaining why ARCH would allow the Aultmans to buy the McKee unit given they owned a home at the time they applied for the condo.

“We don’t know if they’re going to sell that home. A lot of people might say they’re retiring,” Sullivan said.

There’s no evidence that the Aultmans made such a claim.

Sullivan did have an explanation for how a wealthy owner could end up in an ARCH property: When an ARCH home goes on sale, the property is only available to buyers of low or moderate incomes. But after 60 days, those income restrictions are lifted.

Sullivan said that is a requirement put in place by private banks that don’t want to make loans on properties subject to overly restrictive resale covenants.

“(The banks) are used to having loans with no restrictions on them, so when they start seeing restrictions, lenders start saying, ‘How is this going to affect our ability to get that loan repaid or the home sold?’”

The condo that the Aultmans bought had been on the market for more than 60 days – not surprising given the larger economic downturn at that time. Once the 60 days passed, the unit was opened up to buyers of all income levels.

“We were not seeking to purchase an affordable housing unit, and we were not aware this was an ARCH unit when first deciding to purchase it. We complied with all requirements to complete the purchase,” Nona Snell-Aultman said in her email to KING 5.

ARCH says it believes the Aultmans purchased the condo properly in 2009, but it is now investigating whether the couple actually lives in the Bellevue unit and are fulfilling the “principal residency” requirement.

KING 5 asked the office of Governor Jay Inslee if the governor had concerns about such high-level employees as the Aultmans living in affordable housing.

Lee wrote, “You have not provided proof that any state employee acted improperly in this situation.”

She criticized KING 5’s coverage of the story saying, “While confronting a woman who was walking alone to her car (Snell) might make for good TV, it does not engender constructive dialogue.”

If you know of abuses in the ARCH program, or any other affordable housing program, contact the KING 5 Investigators at Investigators@KING5.com.