Olympia cleans up after homeless encampment on Ensign Road

The effort is a part of the One Community Plan and is aimed at promoting community health and safety. 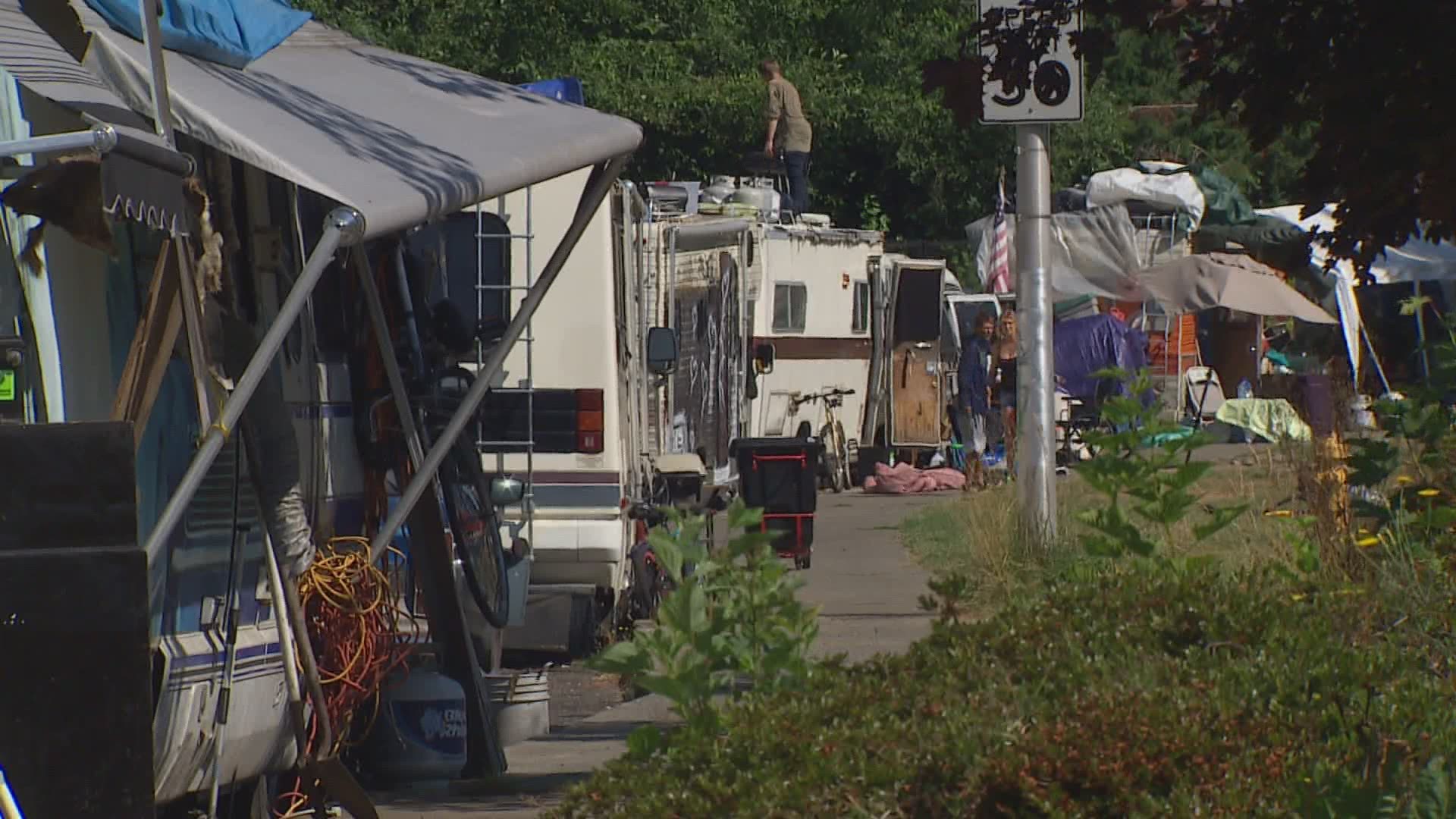 OLYMPIA, Wash. — The city of Olympia was out on Ensign Road Monday to clean up waste and debris that has  built up around a vehicle encampment.

The effort is a part of the One Community Plan and is aimed at promoting community health and safety.

As part of the One Community Plan, a 2020 City of Olympia initiative, Monday’s clean-up will involve staff form the city’s housing and homelessness programs, a Crisis Response Unity, the Public Works Department and the Olympia Police Department.

City workers will focus on taking away garbage and debris from the right of way, remove any abandoned vehicles, clear sidewalks and bike lanes as well as improve sanitation resources in the area.

The city estimates about 50 vehicles are parked on Ensign Road. Many of these vehicles are being used as camping shelters, according to Olympia.

Staff also hope to connect those living in these vehicles with information about the Scattered Site Program, which the city is working with Thurston County to launch by Thursday.

According to Cary Retlin, the Home Fund manager with the City of Olympia, a typical clean-up like this costs between $10,000 and $30,000. He said that the biggest cost involved is waste disposal.

The new Scattered Site Program hopes to provide case management for those camping at sites like the one on Ensign Road along with Deschutes Parkway and Wheeler Road.

The program also looks to reduce trash, improve hygiene, sanitation and relationships among neighbors and businesses.

Monday’s clean-up was scheduled to run through 3 p.m. City personnel will assess at that time whether additional work is necessary on Tuesday.