A Thurston County judge temporarily blocked a homeless camp in a parking lot owned by the city of Olympia. 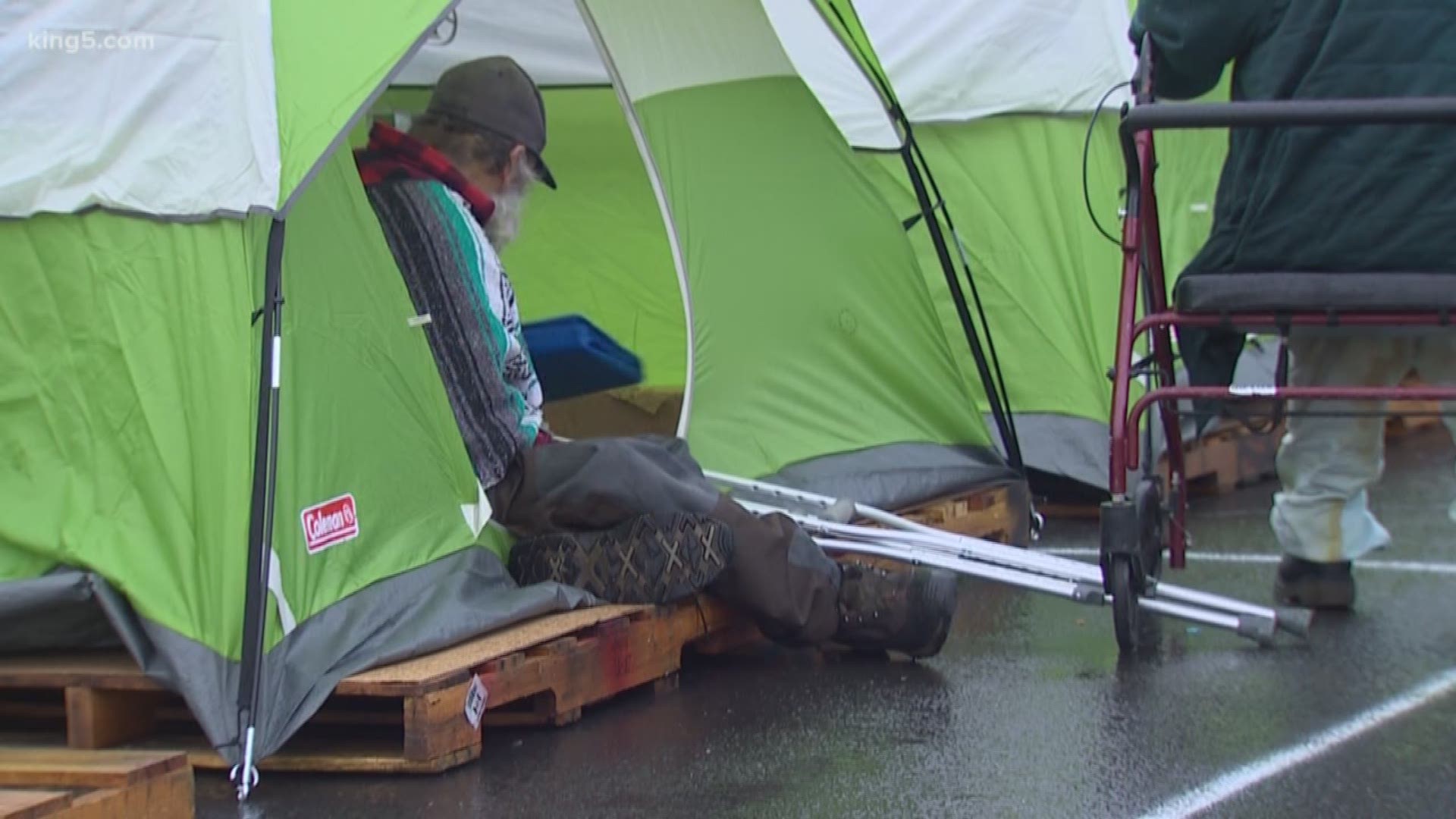 OLYMPIA, Wash. — The city of Olympia’s new approach for handling the homeless is on hold after a judge’s ruling Monday afternoon.

In the morning the city started giving homeless men and women tents to set up on a city-owned parking lot. Approximately 70 residents had received tents by mid-afternoon.

But hours after the site opened, a ruling from Thurston County Judge James Dixon barred the city from handing out any more tents, at least for the time being.

Those who moved into their new tents before the court ruling can stay, but no one else will be allowed in.

Dixon noted his ruling was not a final decision. Attorneys for the city and the business owners will make formal arguments on the issue at a court hearing later this month.

The business owners are suing as “John Does,” because their attorney said they are fearful of retaliation for speaking out against the city’s homeless strategy.