Do you recognize anyone in the group that breached the governor’s residence? Washington State Patrol wants your help. 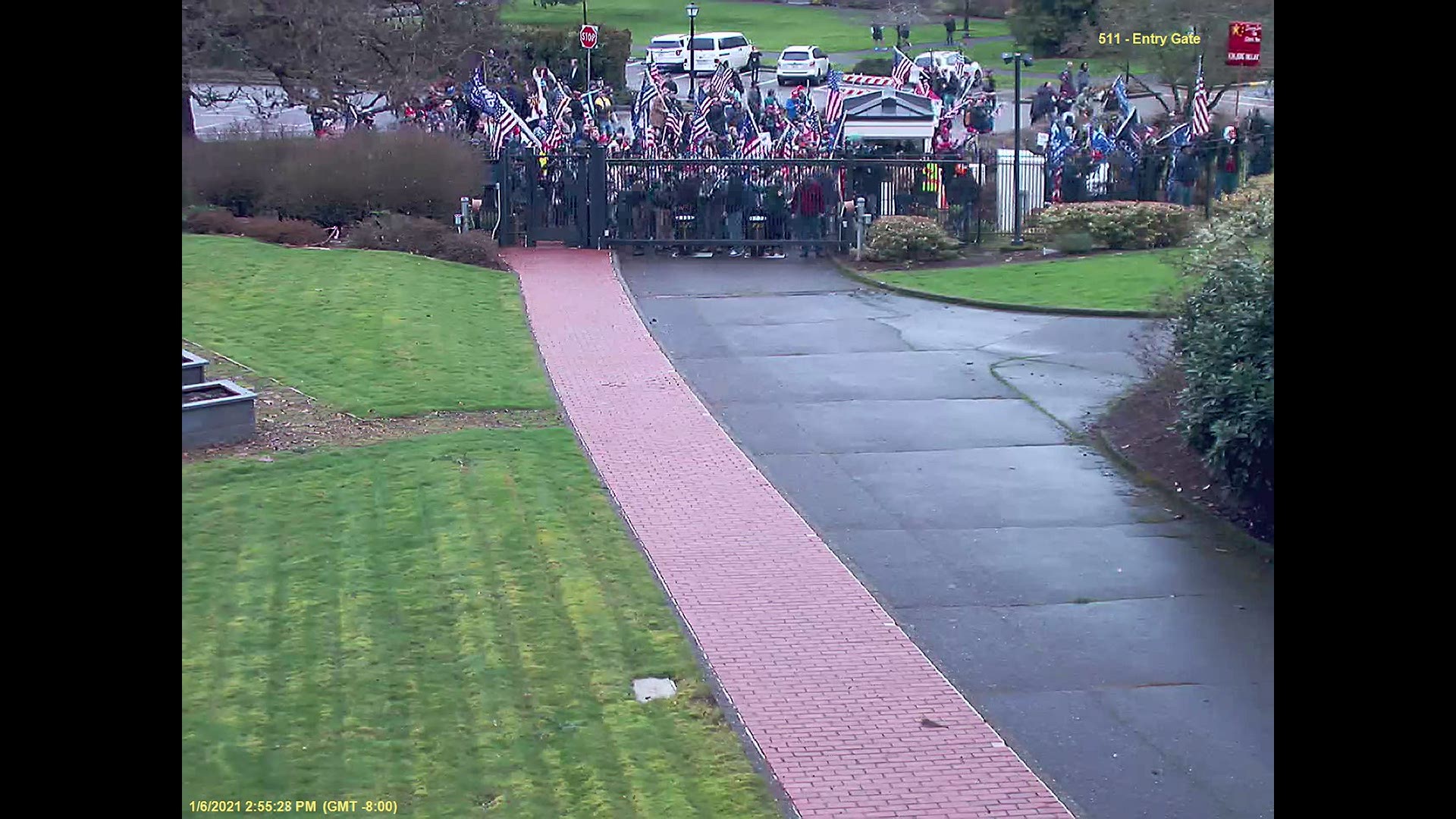 OLYMPIA, Wash — Washington State Patrol (WSP) is looking for the public’s help in identifying Trump supporters who breached the gate of the governor’s residence Wednesday.

KING 5 obtained surveillance photos and video of the breach where about 50 people gained access to the property. The group didn’t break into the Gov. Jay Inslee’s residence and left after about 30 minutes on the property.

WSP is using social media and television coverage to identify trespassers but will also rely on information from the public.

As of Friday, there have not been any arrests.

Inslee was safe during the breach, according to WSP. 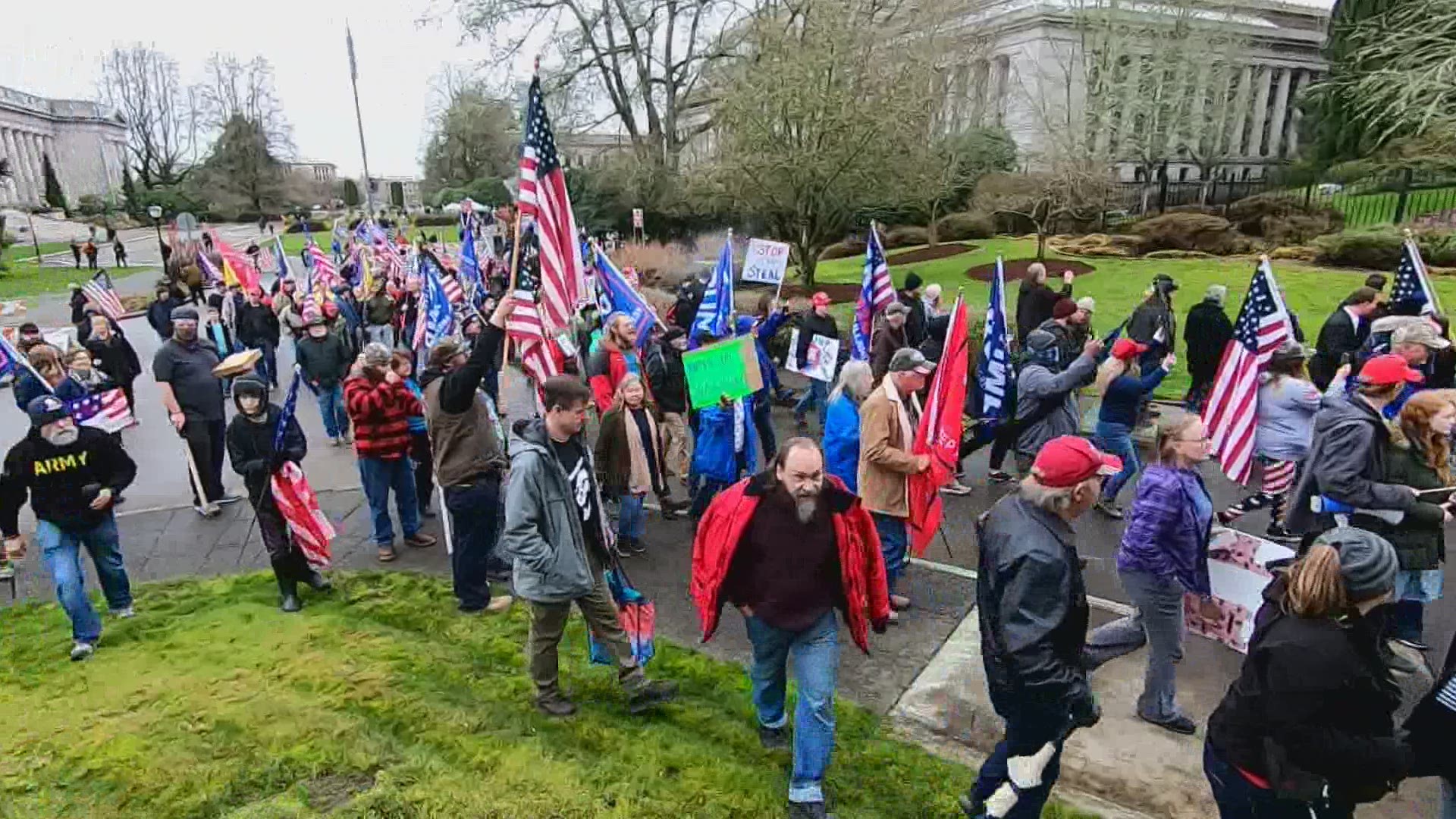 The breach followed a peaceful rally at the Washington state Capitol with several hundred people in attendance. The group rallied over Congressional confirmation of the presidential election results, claiming they wanted more transparency.

That came after Trump supporters breached the nation’s capital Wednesday. A woman who was shot amid the chaos at the U.S. Capitol died.