A mom and her daughter shared their story of a suicide scare that they say could’ve been prevented if someone spoke up. 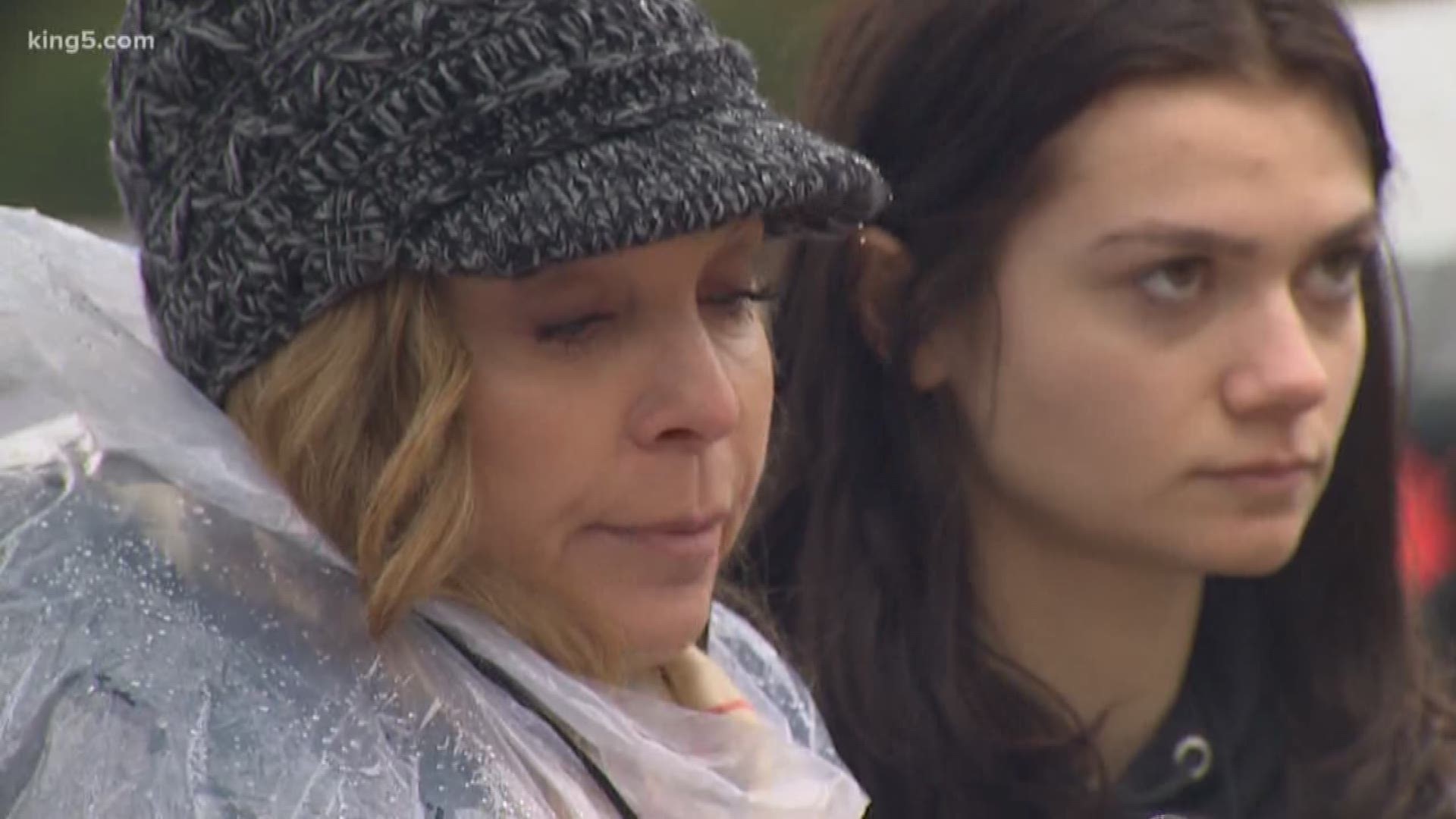 Groups working on suicide prevention in Washington state say the state needs to do much more to prevent nearly 1,300 lives lost each year.

On Wednesday in Olympia, a mother and her daughter shared their story of a close call they say could've been prevented if someone spoke up.

“Four years ago, I sat with my daughter in the hospital after her attempted suicide, in shock, and paralyzed at the thought of losing my daughter,” said Andrea Durbin, whose daughter Ella is 16.

Durbin said Ella’s school never told her that her daughter was talking about suicide. Then Ella made one of two attempts at taking her own life.

“I felt alone and trapped in a life where all I could feel was numbness and the despondency that depression brought me,” Ella said to a group gathered on the steps of the capitol.

“The school should be required to call the parent and be notified if they have that information, or if they even think there is a risk,” said Durbin.

They and others who gathered in Olympia want lawmakers to expand mental health services and provide more funding for suicide prevention.

“If the counselor were to talk to me or, even better, talk to my mom or my dad, it definitely could've been addressed faster,” Ella said.

Nearby, 1,296 headstones set up on the capitol lawn represented the lives lost to suicide in Washington state last year. Two hundred fifty-five were veterans, 87 were youths under the age of 19, and 77 worked in construction, an industry with the highest suicide rate.

“Let’s talk about mental health, let's talk about being human beings to one another, and let’s do a better job of wrapping our arms around those in our community,” said Mandi Kime, director of safety for Associated General Contractors of Washington.

Forefront Suicide Prevention, a University of Washington program, says Governor Inslee’s budget begins to address the crisis, but they say a lot more work lies ahead, including adding counselors in schools and creating programs that focus on workplace suicide prevention.

Ella is much healthier today than she was a few years ago. She says her school admitted it made a mistake and took steps to bolster suicide prevention resources available to students, including expanding student and parent-led training to spot warning signs.

“I am here to tell you it can and will get better,” Ella said.

If you or someone you know is considering suicide, call the National Suicide Prevention Lifeline at 800-273-8255.